Reflecting Back on a Year of Storms - Carolina Country

Reflecting Back on a Year of Storms

A Word About Randolph Electric From CEO Dale Lambert
December 2018 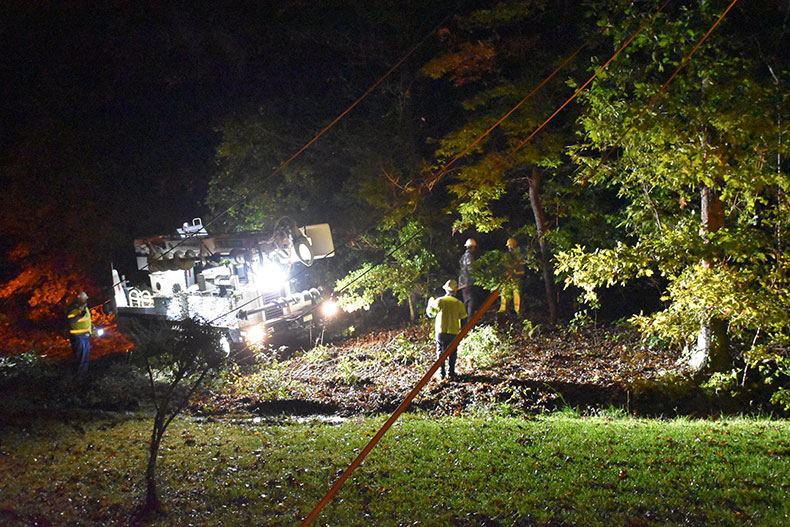 As I reflect on 2018, it can be defined as a year of extreme weather and storms for our members.  The year kicked off with a blast of extremely cold temperatures.  As you will recall, the whole month of January was bitter cold, which resulted in a record peak demand for our system.

On January 2, the outside temperature that morning was 4 degrees according to my truck and we went on to break a 36-year-old record.  The new record now is 201 consecutive hours with temperatures below freezing, which lasted from December 31 to January 8.

January also brought a couple of snowstorms.  One wet snowstorm that dropped 8 to 10 inches on us weighed down trees, causing scattered power outages.

This summer, continuous storms pounded our service area.  These storms resulted in members experiencing a 42 percent increase in the number of outages when compared to 2017.  The strong intensity of the storms resulted in heavier damage to the electrical system from broken poles and damaged lines, which caused a 130 percent increase in outage minutes compared to last summer.

Last month I provided you the details about the impact Tropical Storm Florence had on our members.  Well, it’s goodbye Florence, hello Michael!

I’m as tired of writing about storms as much as you’re tired of reading about them — and experiencing them.  But since over one-half of our members experienced an outage from Tropical Storm Michael, I feel obligated to give you an overview of this storm’s impact on our system and our response.  Two tropical events, less than a month apart, is more than we want to experience.  But we were very fortunate compared to those who experienced the storms as they made landfall.

Unlike Florence, who was like the relative that would never leave, Michael was a fast mover.  The remnants of the eye of Tropical Storm Michael passed over the center of our service area.  All was good up until that point, with only a few scattered outages. 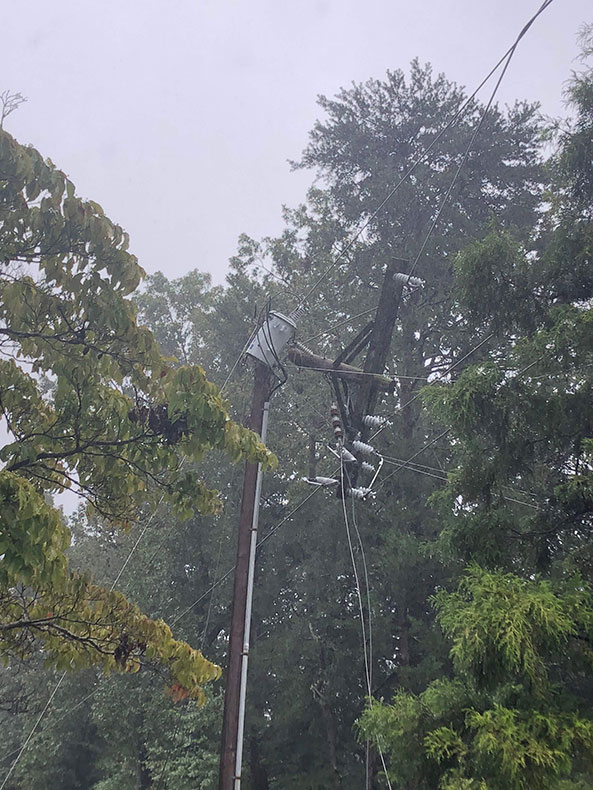 But Michael was not done.  The focus of concern for our storm center was the high-wind band on the back side of the storm.  It came in fast, blew hard and left a lot of damage.  Overall, Michael caused more damage to the system and more members were out of power than from Florence.

Chatham County had the highest percentage of members out of power from Michael with 72 percent experiencing an outage.  Montgomery County was next at 60 percent, Randolph had 54 percent, Moore with 44 percent and Alamance had 36 percent of members who experienced an outage.

The intense, high-velocity wind band from Michael caused more damage overall to the system than the longer duration, but lower velocity winds from Florence.  For Florence, there were 52 broken poles.  But in the aftermath of Michael, we had 72 broken poles, caused by trees blown onto the power lines from outside the right of way.

Our storm plan was activated well in advance of Michael’s arrival and additional crews were brought in to assist with our restoration efforts.

I want to again this month, thank the Randolph EMC team for the outstanding job they did with all aspects of this storm’s response.  From answering the phone, to coordinating crews, to climbing poles, to managing the line materials, to securing meals and lodging, to keeping you informed of our progress, it takes an extraordinary effort to do it right.  Your feedback through social media and from notes, cards and calls, lets me know you appreciated their efficient and dedicated efforts, too.

I also want to thank you for all you did to assist us.  Your patience, from the food provided to crews in the field to assistance with accessing power lines in tough locations, is greatly appreciated.

I don’t know about you, but I’m ready for an uneventful, storm-free year in 2019.  But if we have another year like 2018 has been, we stand ready to respond and serve you to the best of our ability.

I’d like to close by expressing how much your employees and Board of Directors appreciate the support you give us, not only during storms, but throughout the year. It is truly a pleasure to serve you each day.

As we enter this Christmas season, our hope is that your holidays will be filled with joyous and memorable times spent with family and friends.

We all seem to be pressed for time more than usual during the holidays.  Please take time to remember the true reason for the season — the celebration of the birth of our Lord and Savior, Jesus Christ.  Merry Christmas to all!

Keeping the Lights On

In the event of an outage, Randolph EMC is committed to restoring power quickly and safely. If you experience a power outage at your home or business, you can track restorations using our online outage map.