A Legacy Gift For Generations 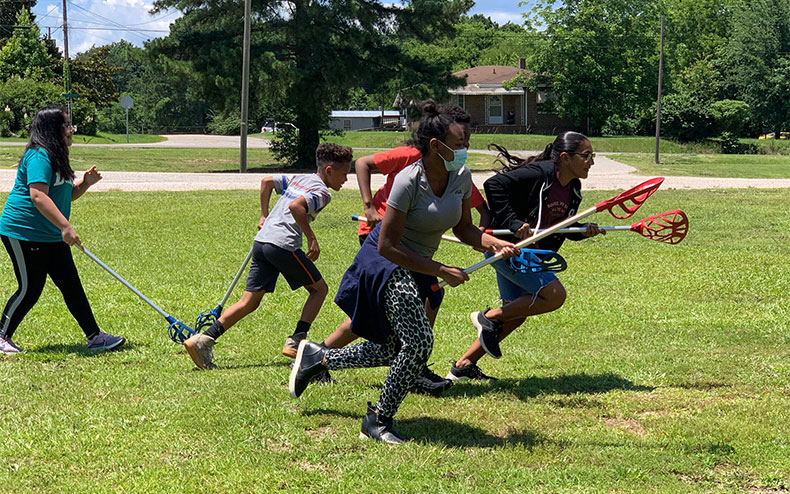 Most days you can walk into the Shawtown Community Center in Lillington and hear the sound of children’s voices filling the air. These children are not just playing, but they are learning to be better students, to be better leaders, to be healthier and to be well-rounded citizens. This is the location of the Robin Paige Boys and Girls Club.

This club has made a tremendous impact on the community.

“Numerous people have come up to me saying that the club has meant so much to them, to their kids, and to their grandkids,” said George Womble, chairperson of the Robin Paige Boys and Girls Club Advisory Board. “They are taught how to read, write, vote, and skills they can use in life.”

“I have been overwhelmed by the community support we’ve received. Harnett County and Lillington have welcomed us with open arms,” said Elizabeth Colebrook, resource development and marketing coordinator at the Boys and Girls Clubs of Central Carolina. “This is just the beginning. We are going to serve hundreds of kids and see tremendous growth.”

The club serves kids five days a week. They receive transportation, two meals a day, tutoring, homework help, and counseling services for a monthly fee of $52. 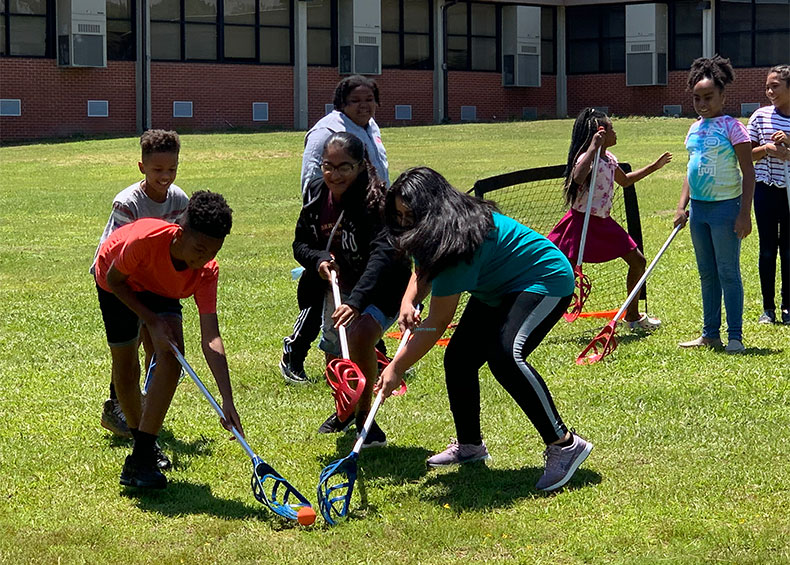 The Robin Paige Boys and Girls Club was opened in memory of Robin Paige Womble in August 2019.

Born and raised in Harnett County by George and Rebecca Womble, natives to the community, Robin was passionate with a heart for underserved and marginalized youth.

She exemplified this in her daily life. From mentoring and tutoring to teaching third grade in the Watts area of inner-city Los Angeles, Robin dedicated her life to helping children from disadvantaged situations.

“It’s what she was all about as a young lady,” said George. “It’s where her heart was—with kids.”

In the summer of 2018, George was approached about starting a Boys and Girls Club in Harnett County. Robin encouraged him, “That is a great organization,” she said. “They are really helping kids and Harnett County needs one of those. You need to get involved.”

As a result of her encouragement, George joined the conversations about starting a club in Harnett County; then in November 2018, Robin passed away.

Through this tragedy, the Wombles found light. In memory of Robin, the Wombles made the decision to start the Boys and Girls Club in her name.

“It’s where her heart would be,” said George.

After speaking to Daniel Simmons, CEO of the Boys and Girls Clubs of Central Carolina, George took the first step of addressing the board of commissioners to procure a meeting place. He advocated for the Shawtown Community Center. Harnett County only charged $1 rent for the first year.

Seed money for the club was the next hurdle. George found that the national requirement to start a club is $220,000. Serendipitously, this is the exact amount that Robin Paige had in her account at the time of her death.

George recruited members from the supportive community to form a local advisory committee. By August, the staff was hired and the center ready to begin operation.

Providing all of these services for kids, as well as being a new club, is no small feat. The technology and supplies to provide quality services and operate at full capacity require a great deal of funds.

While the club receives donations and holds fundraisers, George pointed them to the Operation Round Up grant program through South River EMC to help provide additional funding. They applied and received a $5,000 grant to purchase laptops and other educational materials for the kids.

Due to COVID-19, the club shut down after just six months of operation, which presented an issue for many of the members.

“Our kids are experiencing a pandemic within a pandemic,” said Colebrook. “They don’t have a place to be, which means they are at a high risk of bad behavior. The kids don’t have school where they can see a social worker or psychiatrist. Our youth have lost the majority of their support systems in the past four months. That’s why it’s so important that we keep our doors open.”

The club was able to open their doors back at 50 percent capacity in June. Measures are being taken to prevent the spread of COVID-19.

Spots are still open for kids. The staff at the club are ready and excited to be able to work with the students again.

For more information about the Robin Paige Boys and Girls Club, visit centralcarolinaclubs.org.