The cable has landed - Carolina Country

The cable has landed 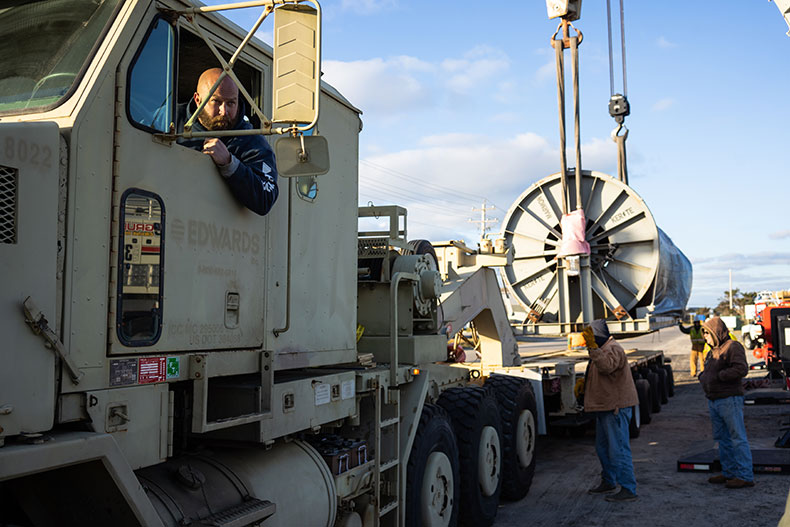 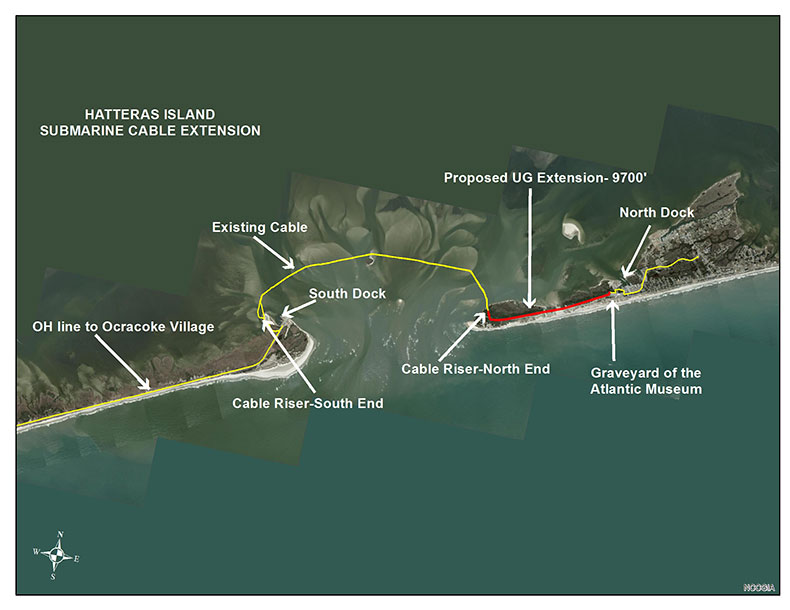 The new cable is represented in red in the image above. Tideland EMC operations department graphic

The long awaited start of Tideland’s Hatteras Island submarine cable project finally kicked off with the arrival of the cable itself. It was quite a journey to get there.

The cable arrived by barge in Virginia where it was then transferred to a transport vehicle. Interestingly, the oversized load was only authorized to travel on Virginia roads after dark. In North Carolina, travel was restricted to daylight hours. The transport team camped out at the border overnight to comply with each state’s travel permit. 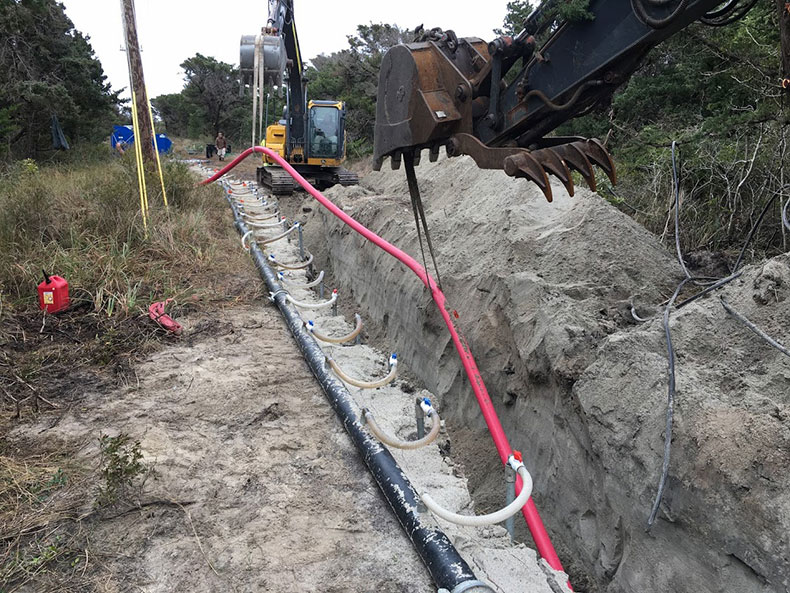 Two cranes offloaded the cable from the transport vehicle and onto a modified “beach” truck that will move the cable along Pole Road during the burying process. A system of wooden mats, similar to those used in logging operations, is used to keep the truck moving along the sandy stretch of road.

By the first week of February, just over 500 feet of cable had been installed. When complete, 10,800 feet will have been installed to connect with the existing 20,450 feet of submarine cable that crosses Hatteras Inlet to provide electric service to Ocracoke.

Depending on weather, the project should be complete by April.

We're here for you