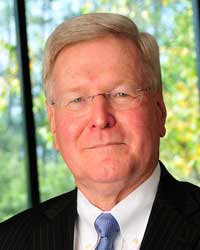 In November 2010, I visited Europe with a group of North Carolinians representing the energy industry, environmental organizations, state government and philanthropies. My primary interest was in how European Union nations and businesses were facing the changes in the energy industry.

I remember seeing in Germany giant wind turbines turning 165-foot blades, each weighing 10 tons. We learned about the admirable and ambitious goals the EU and Germany in particular had for transitioning to renewable energy and reducing carbon emissions. I realize now, four years later, what I witnessed: "too much, too soon."

Earlier this year, we reported in Carolina Country what Germany's experience could teach Europeans and those of us in the energy industry. ["Lessons From Germany," March 2011] Since then, the Germans have re-booted their approach to transition. This summer, the German government put in place measures that rewrote its energy policy of the past decade.

When I was in Europe, Germany's "Energiewende" (energy transformation) policy called for turning to renewable energy sources for 80 percent of its needs by the year 2050, and for reducing carbon emissions 90 percent. To help achieve these goals, Germany subsidized renewable energy industries, guaranteed prices and set a surcharge on electricity consumers.

Six months later, the disaster at Japan's Fukushima nuclear plant tilted German public policy further to shut down eight of its reactors immediately and the remaining nine by 2022, putting more pressure on the country's energy sector.

And indeed, Germany has made significant strides: nearly 25 percent of its energy today comes from renewable sources, and it produces more power from renewables than any European nation. But the costs have mounted. Modernizing the transmission and distribution grid to accommodate renewable energy generating facilities may end up costing tens of billions of dollars. And the rate Germans pay for electricity — about 38 cents per kilowatt-hour — already is about three times what U.S. consumers pay.

The U.S. electric utility industry and others have watched the German experience closely. In July, the Swiss firm FAA Financial Advisory AG reported on its study, commissioned by the Edison Electric Institute and its European clients, called "Development and Integration of Renewable Energy: Lessons Learned From Germany." In addition to noting the extremely high rates electricity consumers pay, the report said, "Over the last decade, well-intentioned policymakers in Germany and other European countries have created renewable energy policies that have slowly revealed themselves to be unsustainable, resulting in profound, unintended consequences for all industry stakeholders... The United States and other countries should carefully assess the lessons learned in Germany, with respect to generous subsidy programs and relatively rapid, large-scale deployment and integration of renewable energy into the power system."

An interesting side note is that while Germany had been progressively reducing carbon emissions, the nation in recent years has had to rely more on coal for producing electricity (mainly for back-up generation to supplement the increased solar generation), resulting in an increase in emissions. Meantime, in the U.S., carbon emissions from the power industry have been steadily declining.

As electric cooperatives and electric utilities in general have welcomed reasonable integration of renewable energy resources, we also have shown the success of energy-efficient appliances and usage patterns, as well as cleaner-burning natural gas and emissions-free nuclear power. Besides our mission to provide safe, reliable and affordable electricity, electric cooperatives advocate energy policy that encourages well-planned, balanced energy resources and predictable progress toward a cleaner environment.