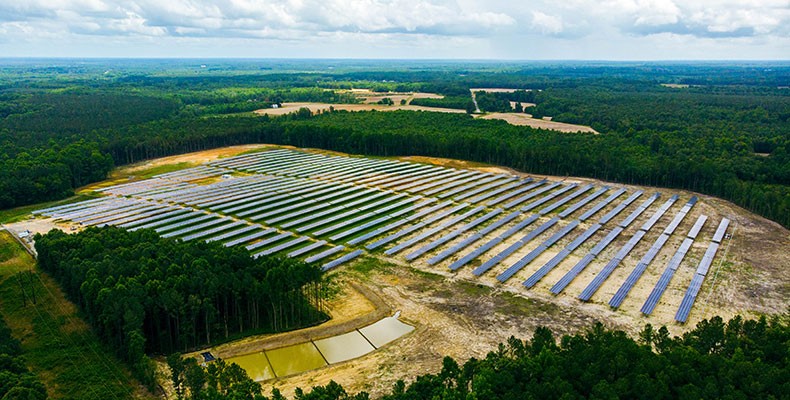 Solar power is a growing resource for North Carolina’s electric cooperatives, although reliability of the renewable resource can be limited by, simply put, when the sun shines.

“With this project, we are capturing a renewable resource when it’s most abundant, storing it and discharging it exactly when it’s needed.”

The 6.9-MWdc Grissom solar energy and battery storage project is the first utility-scale “solar + storage” installation to be deployed by North Carolina’s electric cooperatives. At the end of 2020, there were only 73 projects of its kind in the country, according to the Energy Department’s Lawrence Berkeley National Laboratory.

“This pairing of solar energy with battery storage is important,” said Jimmy Wilkins, vice president of portfolio and resource optimization for North Carolina’s Electric Cooperatives. “Solar energy is most abundant during the middle of the day, but demand peaks in the late afternoon hours in the summer and early in the morning during winter. With this project, we are capturing a renewable resource when it’s most abundant, storing it and discharging it exactly when it’s needed – there’s a lot of potential here.”

The Grissom Solar project was developed by Asheville-based Pine Gate Renewables. It will generate enough energy to power approximately 1,030 homes annually, and NCEMC is buying the power under a long-term contract. In addition to solar energy, Grissom provides 10 MWh of additional energy storage, expected to be dispatched during peak demand hours, helping to control costs. 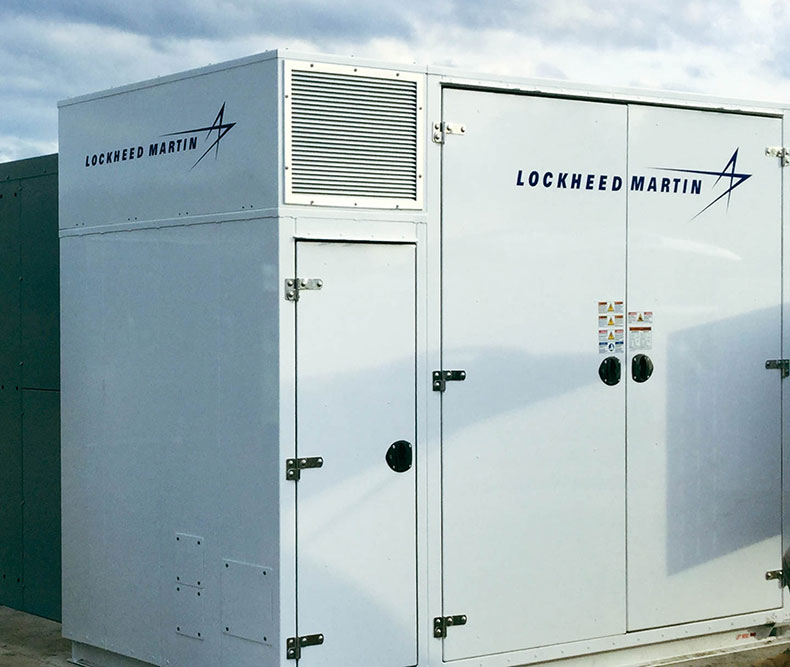 The pairing of solar panels and energy storage creates a valuable, flexible resource, which North Carolina’s electric cooperatives are taking advantage of. Since late 2017, Supply-based Brunswick Electric has been utilizing 12 solar + storage sites with a capacity of 499 kilowatts (kW) each (smaller than what’s considered “utility-scale”), managed by Cypress Creek Renewables. The sites provide Brunswick Electric with a combined 6 MW of power, used during times of peak demand. NCEMC is also developing 10 solar + storage sites with a combined capacity of 18 MW, paired with 2-hour batteries. These sites are planned to come online by the end of 2022.