How Gary Woods tapped energy underground to save on his electricity costs.

This illustration shows a horizontal closed loop system similar to the one Gary Woods installed.

In the spring of 2011, Gary Woods began running his new geothermal system to cool and heat his 2,200-square-foot home in the Rougemont community of northern Orange County. He had replaced two 18-year-old gas pack units that had been doing the job. The switch is saving him on average about $100 per month.

The U.S. Environmental Protection Agency has said that a geothermal system — also called ground-source heat pumps — may be the most energy-efficient, environmentally clean and cost-effective space conditioning systems available. And they can save consumers considerable money in energy bills while reducing greenhouse gas emissions.

What is geothermal energy? 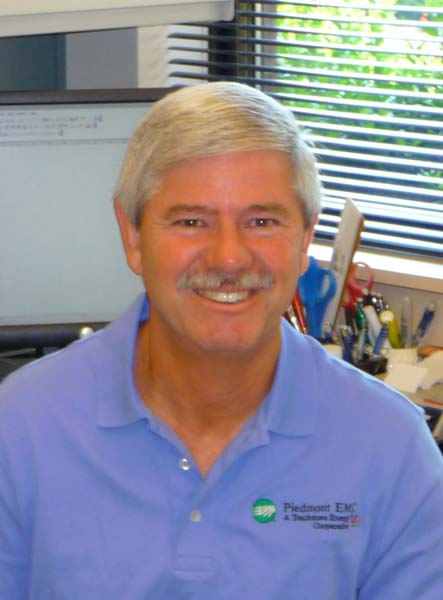 As the earth absorbs the sun's solar energy, a geothermal system collects heat from underground and redistributes it to heat interior space and domestic water. Unlike wind or solar energy, which is there when the wind blows and the sun shines, the ground's heat temperature remains a constant 55 degrees despite the weather. As a heat source in winter and a heat sink in summer, the constant underground temperature provides about 70 percent of the energy needed to fuel a geothermal system.

Gary Woods (shown at right), an accounting supervisor at Piedmont Electric Membership Corporation, in 2011 decided to refinance his home. His plans included replacing the two gas pack units and building an in-ground swimming pool; it was then he began researching geothermal systems.

Woods looked for experienced and licensed geothermal contractors in his region and chose Evangelist Service Co. based in Apex. A contractor will review the property and subsurface conditions to determine the type of geothermal system — open or closed loop, vertical or horizontal. In Woods' case, the closed loop system was best, and the operation needed about a half-acre. Contractors also determine the appropriate size heat pump. Picking the right size system is critical to comfort and savings — installing an undersized or oversized system can cause more issues than they solve. The contractor also evaluates and obtains the required permits and authorizations to meet local building and land-use regulations. The Woods horizontal, closed loop system did not require a permit for boring or well-drilling as is usually needed for vertical, open or closed loop systems. 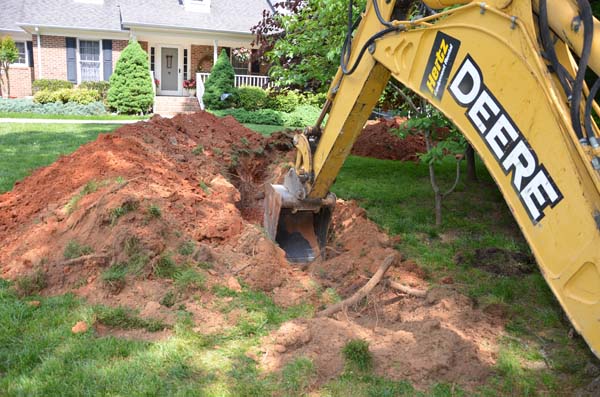 Overall project construction should take about three days — weather permitting — including everything from digging the loop field to installing the heat pump and reworking the pre-existing ductwork underneath the house.

Depending on the size of your home, the upfront cost of a geothermal system can range anywhere from $11,000 to $30,000. A variety of federal and state incentives can help with the cost — including a 30 percent federal tax credit and a 35 percent North Carolina tax credit. Piedmont EMC also offers rebate incentives to its residential members who install energy-efficient heat pumps, $50 per ton up to $200 per system.

While the initial cost of installing a geothermal system is higher than most heating and cooling systems, it will produce a significant cash flow during its life cycle, which is over 20 years. Most conventional gas furnaces last 7 to 10 years and have an efficiency rating of 85 percent, whereas geothermal heat pumps deliver a 400 percent efficiency rating — for every $1 you pay in electricity you get $4 of heating and cooling. In the end, Woods' initial investment could be recouped in two years due to the greater efficiency of his geothermal system coupled with state and federal tax credits.

There are a host of benefits to living with a geothermal system. Owners can expect to see a 50 to 70 percent reduction in their overall heating and cooling costs, depending on what fuels they compare. And the comfort of living with geothermal heating and cooling is nice, too. The indoor unit makes about the same noise as a refrigerator, and since it is underneath the house it is virtually silent. The system not only boasts more consistent air temperatures than conventional air-source heat pumps, but its air purification and dehumidification provide superior air comfort and quality. The Woods system also employs a desuperheater that provides all the preheating for his 48-gallon water heater tank.

Woods' average monthly electricity costs now are about $266, which is adjusted to account for the cost of running two pools pumps during the summer. The pumps use about 866 kilowatt-hours, or about $90-$100 per month based on Piedmont EMC's rate. Yet despite substantially increasing his energy consumption with two pool pumps, Woods is still saving almost $100 on his monthly bills on heating and cooling. "I would recommend it," he says, "especially if you have the space and need to replace your old unit. I saved over $1,500 before I even turned the system on."

For more information and a tool for learning about these systems and whether they are right for you, go to www.geothermalgenius.org.

Rachael Benedict is the communications and social media intern at Piedmont EMC. She holds a degree in political science from UNC-Chapel Hill and is pursuing a career in communications and public relations. She lives in Efland, Orange County.