Take a Dragon by the Tail

Test your driving skills on a legendary road in Western NC

Brace yourself for a big, big ride — 318 curves, switchbacks and turns on 11 miles of blacktop. The Tail of the Dragon challenges motorcycles, sports cars and even minivans to the ride of a lifetime as it winds its way along U.S. 129, into Tennessee from Deal’s Gap at the NC state line. 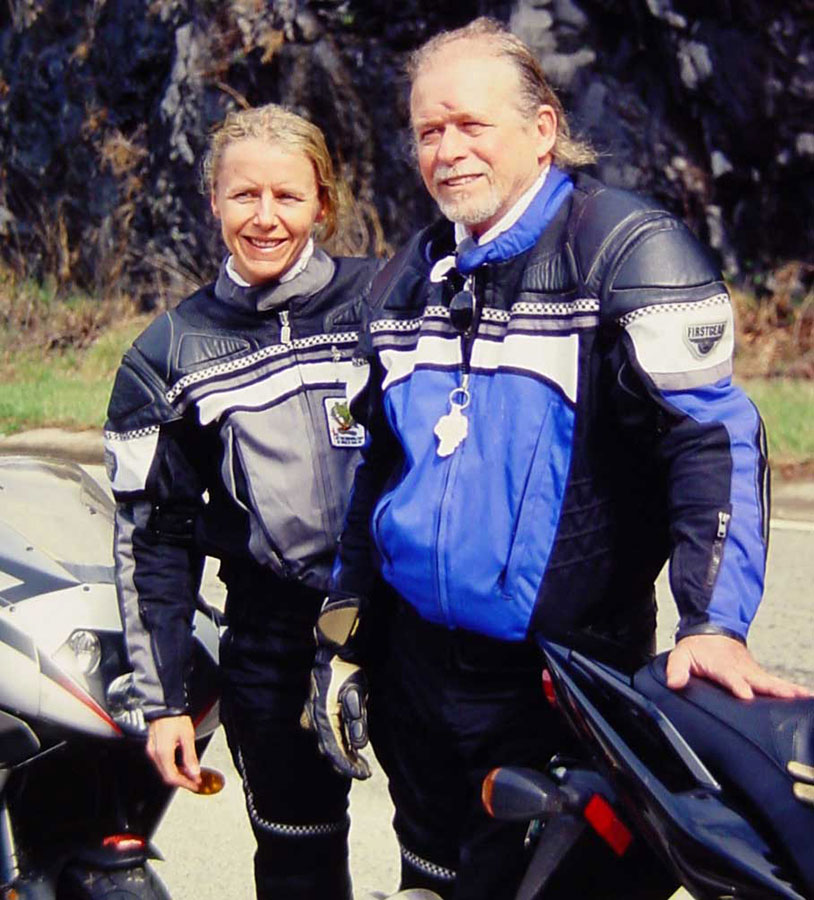 Ron and Nancy Johnson. Photo by Tail of the Dragon.

“It’s one of the greatest motorcycle roads in the United States,” says Ron Johnson, who more than 20 years ago trademarked the name “Tail of the Dragon,” mapped and named all 318 curves, and now runs the Tail of the Dragon T-Shirt Shack store at the south end of the highway. “We’ve seen people come here from around the world — Australia, Asia, all over Europe — who have this ride on their bucket lists. They’re never disappointed.”

With descriptive names like Copperhead Corner, Leo’s Lair, Little Whip, Radar Corner, The Hump aka Gravity Cavity and Guard Rail Cliff, the road defies common sense for adventurers who chase speed and thrills. The posted speed limit is 30 miles per hour, but when the sports car clubs and bike rallies take the road, it’s anybody’s guess.

Florida native Ron and his wife, Nancy, weren’t bikers when they decided to move to his family’s Robbinsville vacation home full time in the early 1990s. As a retired fireman, he was ready for a change of pace and a slower lifestyle.

“Then a biker friend told us about this amazing stretch of road near our house, and he came up to ride it,” he says. “Within two weeks, Nancy was online and found us bikes. I didn’t know anything about motorcycles, so mine sat in our basement for three weeks before I finally took it out on the road. I learned to handle that cruiser on the Dragon.” 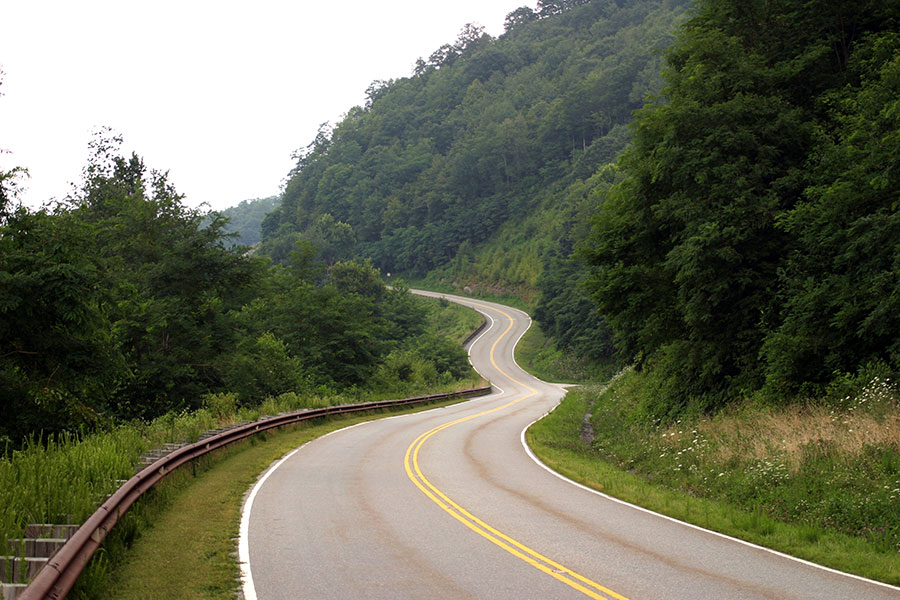 The couple got hooked on biking, riding the Dragon and other winding mountain roads in the area. They also started selling Tail of the Dragon T-shirts under a tent at the Dragon’s scenic overlook.

“We did that for about three years, then a developer built an office at the start of the road at Deal’s Gap to sell lots, so we put up a tin shack there. When he closed his office we bought three acres and built our store in 2008.”

An iconic metal dragon — about 12 feet tall and 22 feet long — stands out front. The store sells T-shirts, helmets, beverages and snacks. A large map of the Cherohala Skyway, another legendary drive, adorns one wall. Another wall features stills from movies and photos of actors who have experienced the Dragon. The wall includes photos from “Deliverance,” the dam that Harrison Ford jumped off of in “The Fugitive,” Jodie Foster’s “Nell,” and Robert Redford’s “A Walk in the Woods.”

“A lot of people don’t know this, but in 1971, James Taylor and Dennis Wilson filmed ‘Two-Lane Blacktop’ up here,” Ron says. “It’s the story of two guys in a 1955 Chevy who drive across the country and challenge locals to drag races. It wasn’t very well known, but we have screen shots of the road from the movie.” 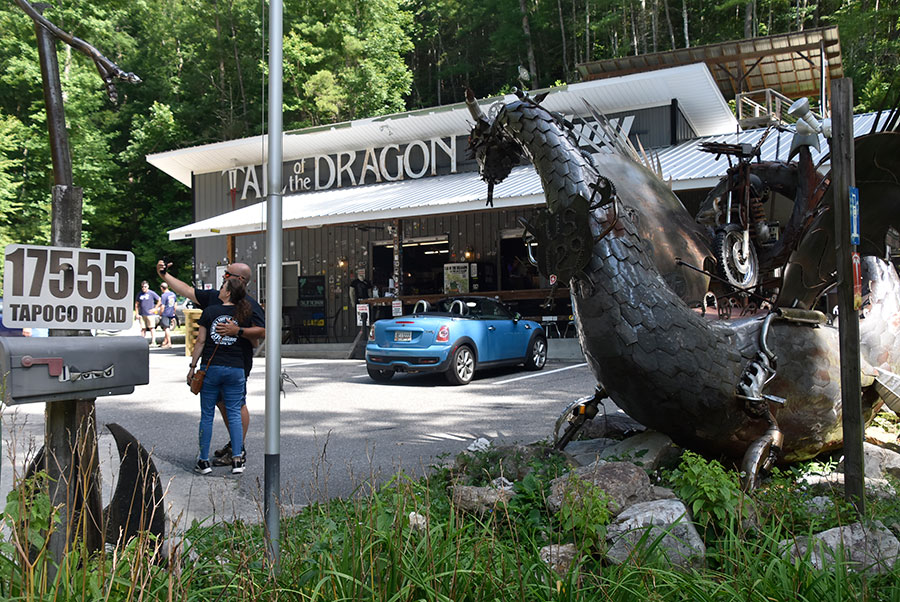 There’s even a “Wall of Woe” showing various riders laying down their bikes. (It’s right above the display selling helmets.)

The Dragon has become a renowned destination for road rallies, with sports car clubs and motorcycle groups setting up planned events.

“The best time to come up and experience the Dragon is on a weekday, because unless there’s an event scheduled, you can approach it at your own pace,” Ron says. “Plus there are plenty of pull-offs if you feel like you’re holding everyone else up behind you.”

So, what’s Ron’s single most important piece of advice? 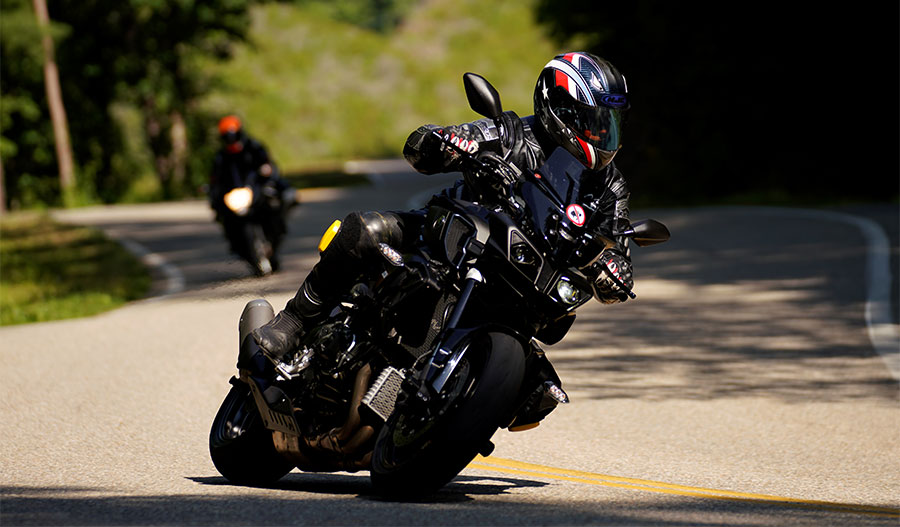