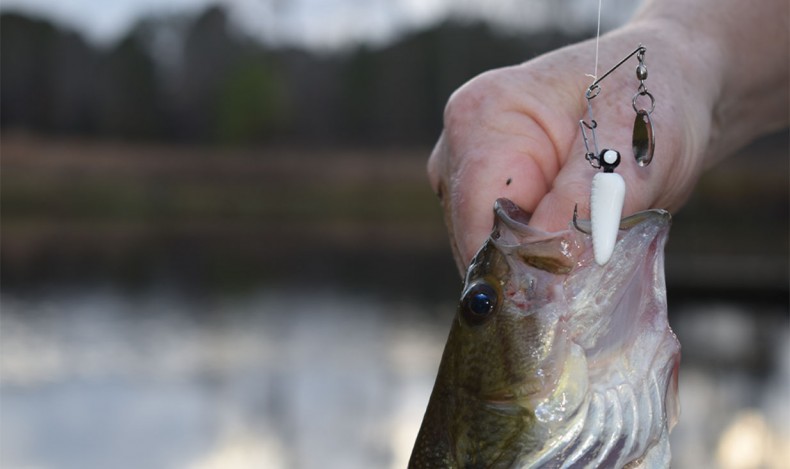 In this time of the year between the end of hunting seasons and the beginning of spring fishing, I reminisce about various lures I’ve used through the years. My first “favorite” lure as a child was a red-and-white Heddon River Runt. I saw it in a bass’ maw in a Field & Stream article, and if it’s in an article it has to be good, right?

Through the years, though, certain lures became staples for different applications and species. Pro bass angler Jeffrey Thomas turned me on to the floating worm, so Danny Joe Humphrey’s Original Floater (distributed by Catch Outdoors in Raleigh) has been a constant for bass fishing. Ditto any topwater chugger, just for the explosive surface strike. For years, my choice bass fishing lure was a moccasin-colored Culprit plastic worm, Texas rigged with a 3/8-ounce bullet weight and a 3/0 offset worm hook. The Rapala Original Floating Minnow is always close by and comes in a variety of sizes, including 11/2-inch, 1/16-ounce size. I’d be remiss if I didn’t mention the Johnson Beetle Spin, which runs from 1/32 ounce to 1/8 ounce.

Downsizing my tackle when the mood strikes has made fishing even more fun. Go small, and go fishing.

The reason I add the size or weight offerings for some lures is because as I’ve gotten older, more experienced (or jaded?), I’ve grown to enjoy downsizing my tackle and targeting fish of any size. Small fish bite smaller lures, and bigger fish will too.

Admittedly, I mostly pond fish these rather than fight the crowds at the boat ramps. If I’m in a boat, it’s most likely my smaller johnboat that slides in and out of my pickup bed. Instead of picking up a 6- or 7-foot spinning or baitcasting outfit with a 10- or 12-pound test line, I often use an old 4 - foot Shimano Compre spinning combo with the 4-pound test, or a Pflueger Trion spinning combo with a 6-pound test line, and throw a 1/16-ounce Rapala or a 1/32-ounce to 1/16-ounce Beetle Spin. Everything in the pond will eat either one.

The diminutive Beetle Spin is basically a “safety pin” type spinner bait with a plastic grub body. (Bett’s Tackle in Fuquay-Varina) distributes the Bett Spin, a worthy facsimile.) It’s pretty much a cast-and-retrieve lure, but unlike the larger skirted spinnerbaits, one can unclip the blade holder and use the lure as a jig, valuable for fishing vertically in a boat or trying to reach deeper fish from shore. Of course, you can clip a split shot a foot above the lure and achieve some depth while still taking advantage of the spinning blade’s flash and vibration.

The Rapala has many imitators, but the balsa wood original is hard to beat. The sizes range from 1-inch to 7 inches, straight or jointed in some models. The smallest models the 1-inch FO3 and the 2-inch FO5 both weigh 1/16 of an ounce. One can “cast and crank” in a steady retrieve, with the FO3 running 2 to 4 feet deep and the FO5 running 3 to 5 feet. A neat thing to do with either is to use them as a top-water bait, twitching them in place after the cast and “teasing” a bass to bite. If there’s no action on top, simply retrieve and the side-to-side wobble imitating a baitfish will sometimes induce a strike. Downsizing my tackle when the mood strikes has made fishing even more fun. Go small, and go fishing.