New Life for an Old Pier

Jennette’s Pier is back and better than ever 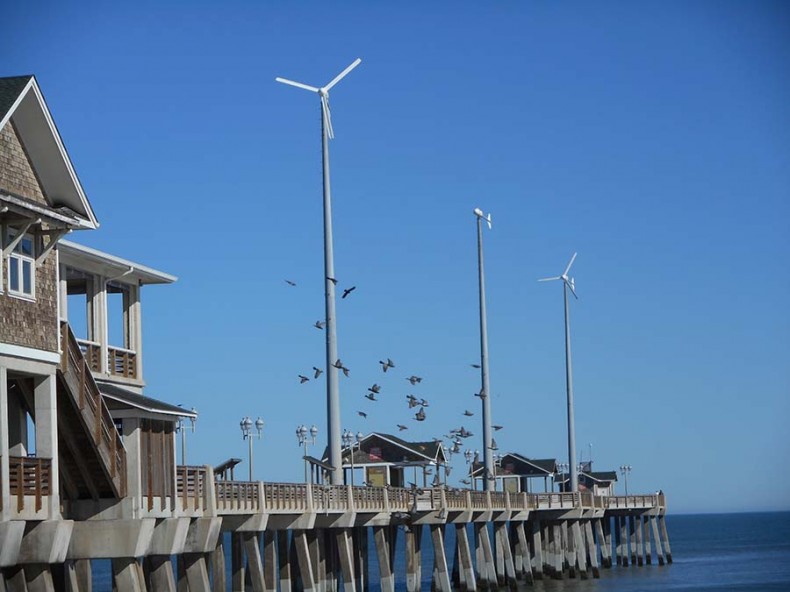 Jennette’s Pier was North Carolina’s first fishing pier, built in 1939 by Warren H. Jennette, Sr., and the Jennette Brothers. The pier was 754 feet long and 16 feet wide, and at the end was built a 28-foot wide “T” so fishermen could spread out at the far reach of the pier. Cabins built in 1933 by the U.S. Civil Works Administration to house workers building the dune system were moved to the property of the pier; one was attached to the pier at the head of the pier to facilitate snack shop and changing rooms. 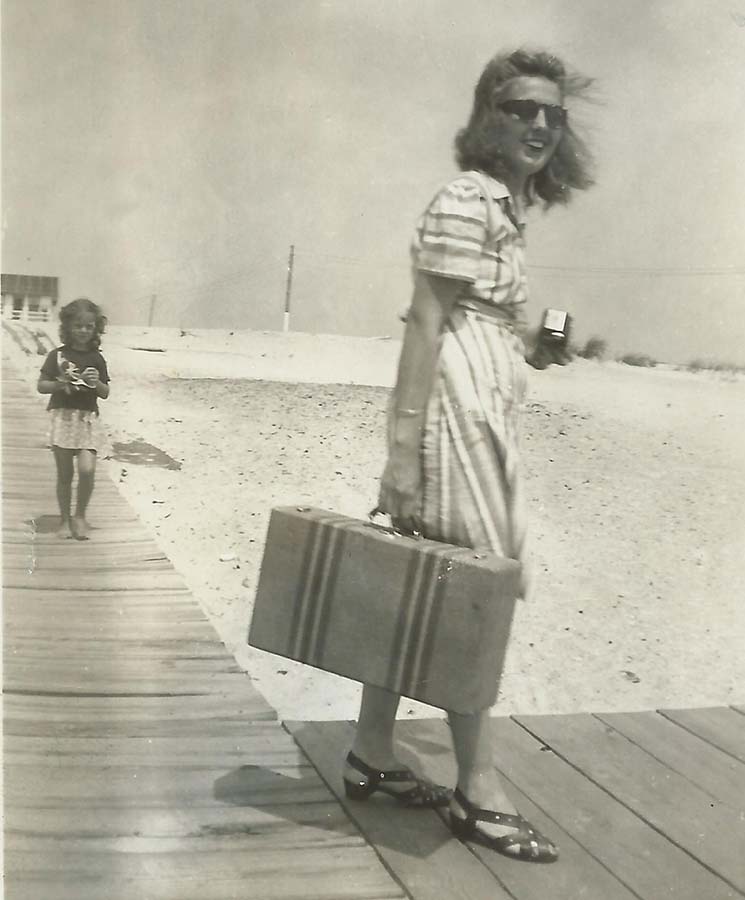 My mother, Camille Burgess Campbell, arriving with suitcase to vacation in one of the cottages at Jennette’s pier

The pier and motor court were a favorite vacation destination for fishermen and families for decades to come. I have a photograph of my mother and myself as a little girl walking on a boardwalk to one of the cottages of the 1940s. Mama told me this was where she and her family vacationed many times when she was young.

Over its history, storms have battered the pier and rebuilds were necessary. But in September 2003, Hurricane Isabel damaged the pier so badly it seemed it would not be rebuilt.  Fortunately, the property was purchased by the North Carolina Aquarium Society and $25 million later, Jennette’s Pier, reaching 1,000 feet into the ocean, reopened as one of the Outer Banks’ premier tourist attractions.

It is much more than a fishing pier. It houses an aquarium, meeting rooms, and a full-service store complete with fishing gear, food and gifts. It also houses a research center, collaborating with University of North Carolina’s Coastal Studies Institute in collecting data and carrying on various research projects.

Another feature that is special about the new Jennette’s Pier is how it is powered — by wind and sun. The facilities also boast a reclaimed water treatment plant, storm-water retention system under the parking lot, and the use of geothermal wells for heating and cooling. 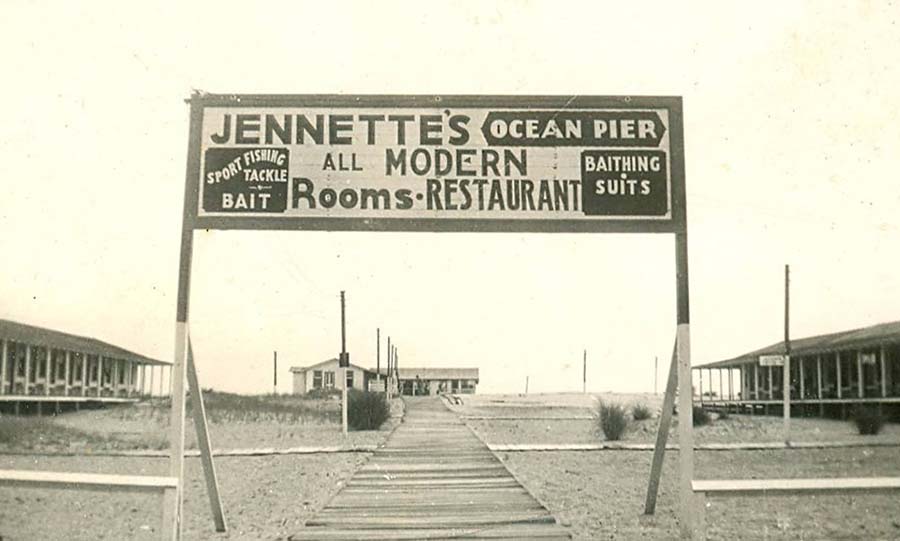 Sign from a photograph taken sometime in the 1940s

Jennette’s Pier was awarded the platinum level certification for Leadership in Energy and Environmental Design (LEED) by the U.S. Green Building Council for its high standards.

Travelers to the Outer Banks will not want to miss visiting this historic fishing pier, whether to fish or to enjoy a stroll on the pier, a picnic lunch in the sun (without the sand), or to learn the history of hurricanes and fishing on the Outer Banks. The pier area also has a long history of being a popular surfing location, possibly as far back as the late 1800s. You can get a gulls-eye-view watching the surfers from the pier, as well as watching what the fishermen reel in. Several educational displays help identify fish of the North Carolina coast for those non-natives not well versed in fish identification. Other displays trace the history of the pier and explain the use of alternative energy and conservation practices in the new and improved Jennette’s Pier.