See Sights Old and New in the Twin City 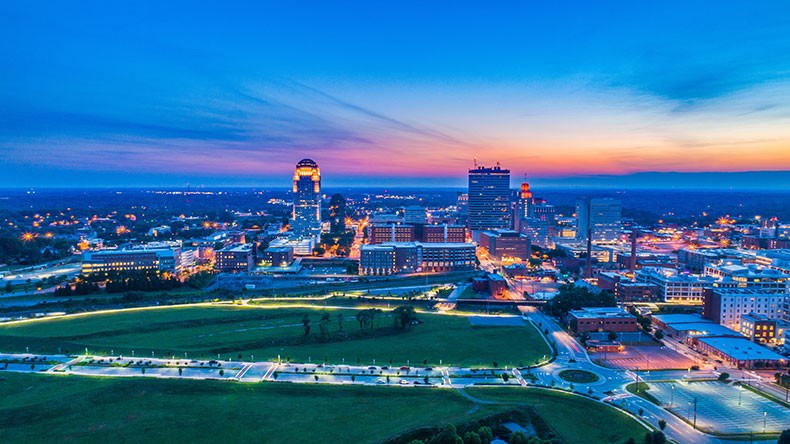 Winston-Salem is by no means another sleepy Southern town. It’s the headquarters for Krispy Kreme and Texas Pete, and the home to two colleges and four universities — including Wake Forest University. The bustling city is also making major moves in the biotech industry.

As the newly minted “City of Arts and Innovation,” Winston-Salem is quickly becoming a tech hub and a home for startups. This rapid growth has led to an influx of creative talent, and the city’s eclectic offerings certainly reflect this reality. A long three-day weekend is just enough time to explore the best Winston-Salem has to offer. 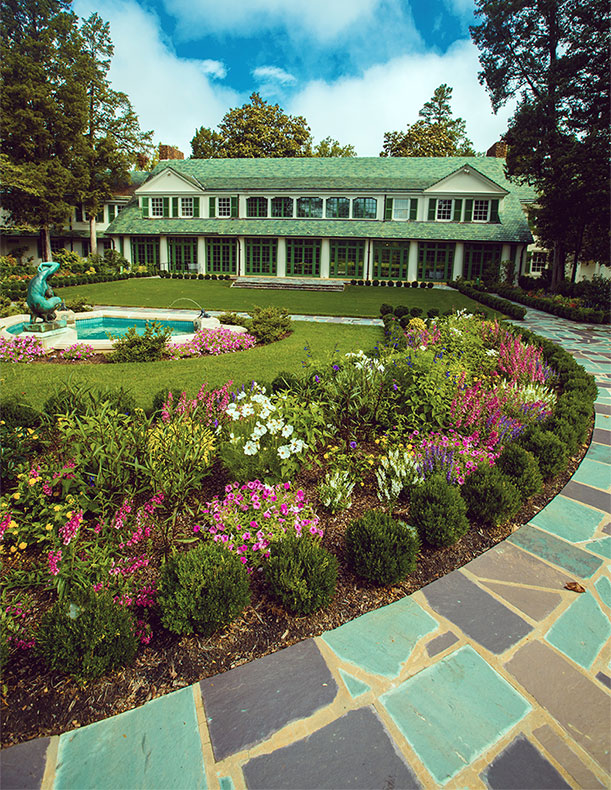 Northwest of downtown, Reynolda Village is a top place to start the day and get breakfast. Tucked among the village’s many shops is Dough-Joe’s, the perfect location for a quick grab-and-go breakfast. While they do offer a rotating selection of baked goods, the real reason people flock to Dough-Joe’s is for their made-to-order donuts. Their classic glazed donuts are the real standout, but the earl grey glaze and apple cider donuts are just as noteworthy. If a more leisurely breakfast is warranted, the Penny Path Cafe & Crepe Shop offers sweet and savory crepes for under $10.

While the nearby Reynolda House Museum of American Art has a permanent collection of art and regularly features new exhibits, the real draw of the museum is to tour the luxurious home and gardens of tobacco tycoon Richard Reynolds, who became enormously wealthy from the sale of Prince Albert tobacco and Camel cigarettes. Largely designed by his wife Katherine Smith Reynolds, the 60-room “cottage” (complete with an indoor bowling alley) was only considered the family’s country getaway, a respite from busy city life in Winston-Salem proper. If you visit in the spring or summer, the museum has after-hours events with live music and pay-as-you-wish admission. 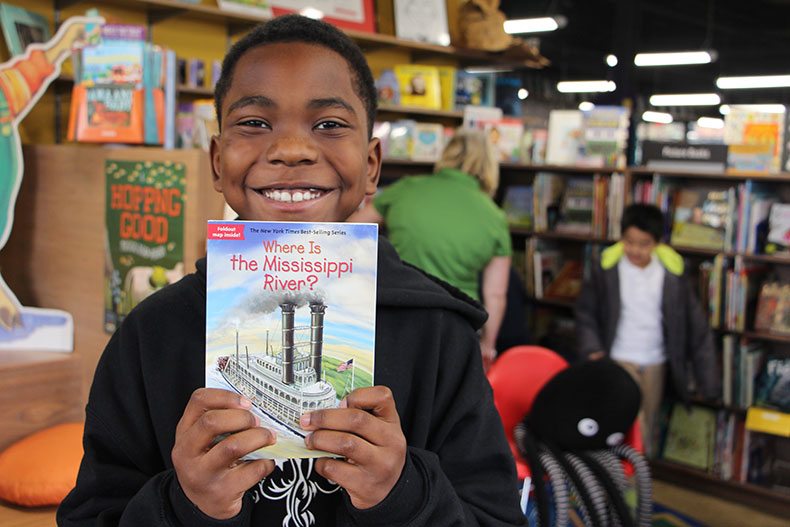 A tour of Winston-Salem’s more than dozen breweries and taprooms is certainly an option, but heading downtown is the best way to get a true taste of the city. A popular pitstop is one of Winston-Salem’s most popular breweries, Foothills Brewing, which unlike others in the area offers an extensive pub menu. The owners of Foothills have expanded beyond beer and now brew coffee as well. Footnote, located next to Foothills on Fourth Street, offers Foothills coffee and beer, along with cocktails, all of which you can sip as you browse the cafe’s adjoining independent bookstore and literary nonprofit, Bookmarks.

Downtown Winston-Salem spans just a few highly walkable miles, but it packs a lot of punch into a relatively small space. If you have little ones with you, the children’s museum Kaleideum Downtown makes for a day of family fun. If exploring downtown is more your speed, the best way is to simply start walking down Fourth Street, which cuts through the center of downtown. Here you’ll find places like Design Archives, an emporium for vintage and handmade goods from over 150 local vendors, and a/perture cinema, which offers foreign, indie, documentary and festival films. During the summer, there are also free concerts each Friday at Corpening Plaza, along with Summer on Liberty, a free weekly concert series each Saturday night on Liberty Street. 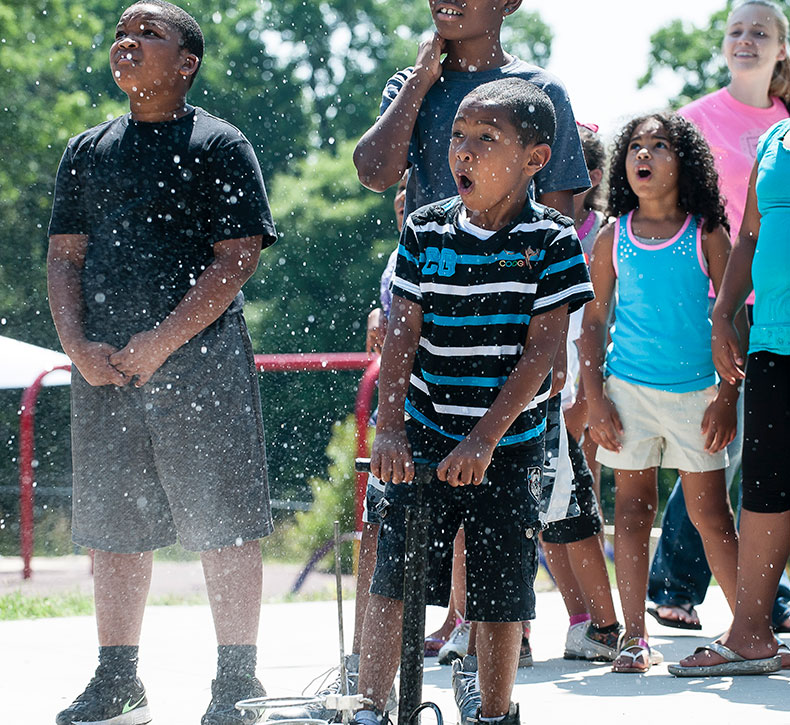 Just off of Fourth Street and a block from the Benton Convention Center is the downtown arts district, mostly located on Trade Street. During the first Friday of every month, the Downtown Arts District Association sponsors a “gallery hop,” allowing visitors to peruse galleries and studios featuring paintings, sculptures, and pottery from local artists. There’s also plenty of shopping to do on Trade Street, and Body & Soul is certainly worth visiting. Part boutique, gallery and bookshop specializing in African American writers, Body & Soul is a cultural hub in the arts district.

You can’t end a night on Trade Street without having dinner at Sweet Potatoes Restaurant a Winston-Salem institution owned by Vivián Joiner and Stephanie Tyson, who serve “southern-inspired uptown, down-home cooking” (see “Well, Shut My Mouth!” April 2019, page 24). Spoon molasses onto mini sweet potato biscuits or dip freshly fried pork skins into house-made pimento cheese as you wait for your BBQ shrimp and grits — or better yet, your “Southernly” fried chicken.

Before there was Winston-Salem, there was Salem, settled by the Moravians who arrived in the 18th century. Old Salem Museums & Gardens is one of America’s most comprehensive history attractions, one where historical Moravian sites have been entirely restored. But before you step back in time: breakfast. 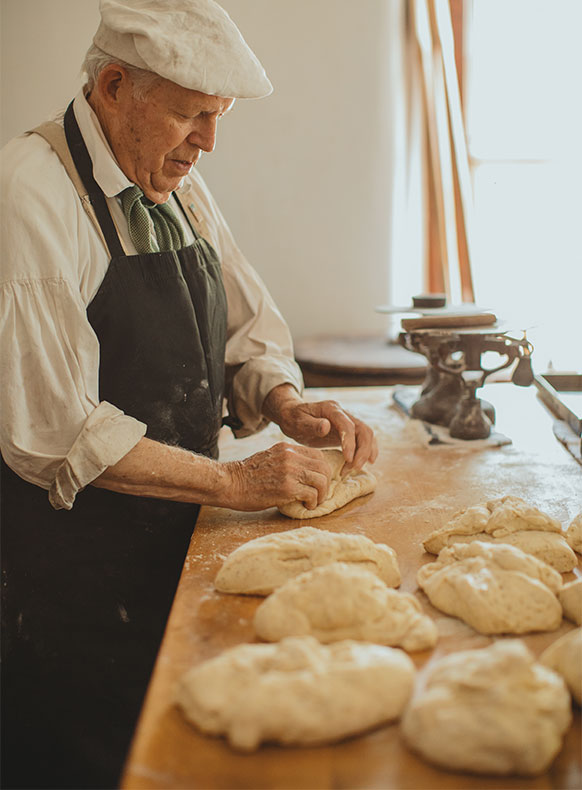 There is no better time to visit a farmers’ market than the spring, and Saturdays at the Cobblestone Farmers Market in Old Salem are not to be missed. Located just near the Single Brothers Garden, the farmers market offers a bounty of organic fruits and vegetables and delicious food from some of the city’s most popular bakeries, including Camino and To Your Health, which specializes in vegan and gluten-free baking.

Now that you’ve fueled up for the day, it’s time to tour Old Salem. Technically, you can spend Saturday walking around Old Salem’s Main Street, but it’s worth purchasing an all-in-one ticket to tour the historic district, which includes 25 interpreted stops and fully immersive, hands-on demonstrations by tradespeople in period costumes. Of particular importance is Old Salem’s groundbreaking new initiative the Hidden Town Project, an effort to research and reveal the history of enslaved and free Africans and African Americans who once lived in Salem. The Moravian people of Salem enslaved approximately 160 men, women and children, and the Hidden Town Project seeks to track the effects and legacy of enslaved people from the inception of Salem in 1766 through the Jim Crow Era and into the 21st Century.

Day 3: Off the beaten path

If you don’t have the time to travel 25 miles north up Highway 52 to spend time on one of Pilot Mountain’s scenic hiking trails, Winston-Salem provides ample opportunity to be outdoors and explore nature. A number of greenways and strollways cut through the city, but the most impressive has to be the Salem Creek Greenway, which runs five miles and ends at picturesque Salem Lake, which is surrounded by its own seven-mile trail. For a shorter walk with equally beautiful views, consider the walking trails at Quarry Park, newly open to the public. The park’s focal point is the overlook pier that extends over the quarry, offering a view of the Winston-Salem skyline. 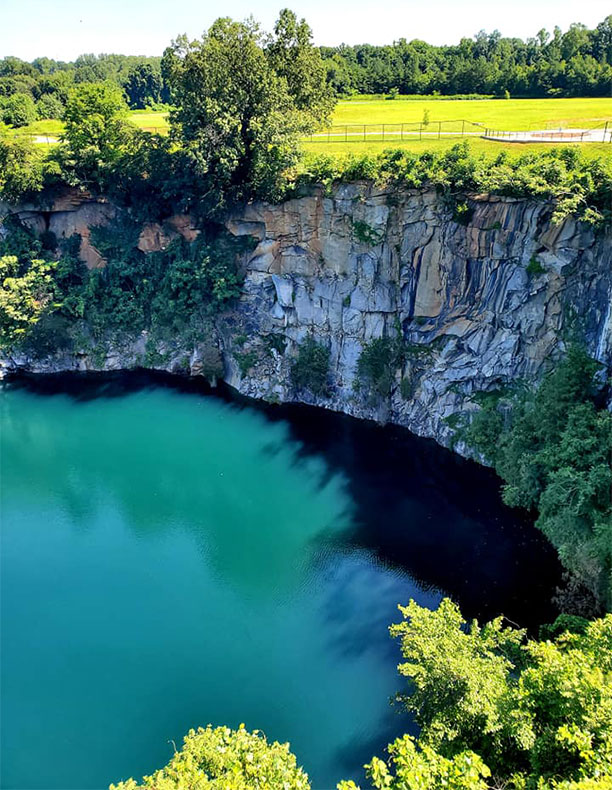 Nothing calls for a big meal quite like a long walk. Before you head out of town, consider having your final meal at La Perlita Tacos Y Restaurante, located southeast of downtown at 1001 Waughtown Street, an area home to Winston-Salem’s growing Latino population and a place where you will find many thriving immigrant-owned businesses. The restaurant’s house-made tortillas are the best in town and serve as the perfect vehicle for carne asada tacos. The real standout, however, is a whole rotisserie chicken, complete with tortillas, rice, refried beans and tomatillo salsa for under 10 bucks.

If you’ve got room for dessert, you make the drive to La Princesa Frozen Treats on Clemmonsville Road in less than five minutes. Here you’ll find the usual sweet suspects, like ice cream sundaes and milkshakes, but the real standouts are the choco-flan (a chocolate cake and Mexican custard hybrid) and paletas, fruit-based popsicles that come in a wide range of flavors, including quintessentially Mexican flavor combinations like mango chile.