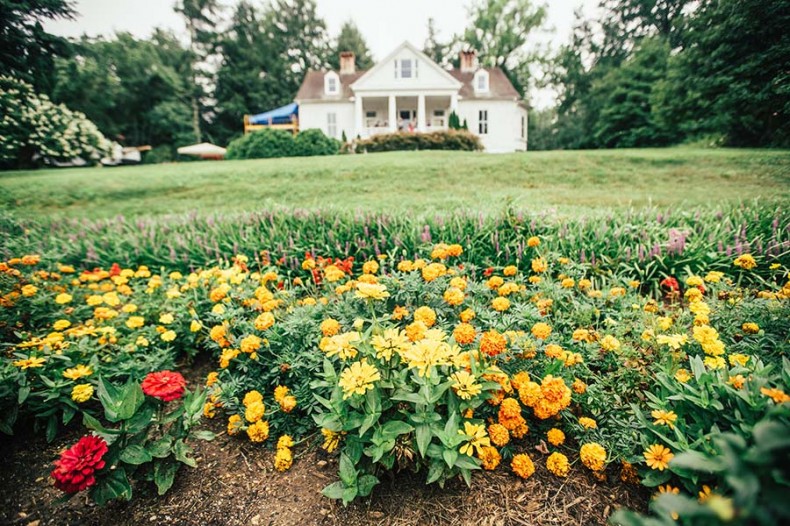 Don’t let the town’s name fool ya. The village of Flat Rock is nestled in the Blue Ridge Mountains in western North Carolina and is far from flat. The town’s moniker comes from the granite rock formations found throughout this area’s landscape, and on which the town’s historic buildings set. Originally founded in 1807, the village occupies less than 8 square miles in Henderson County and is officially named for a still-visible great flat rock the local Cherokee met upon. Many of the town’s historic buildings now house unique shops and art galleries.

The village of Flat Rock may be small in dimension, but provides plenty of options for visitors to enjoy a little history, literature, food and entertainment. 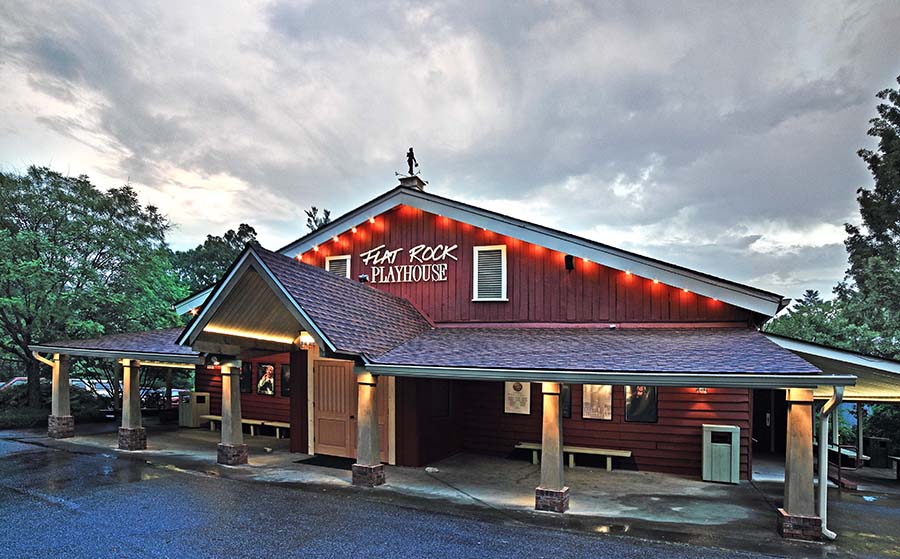 Founded by “Vagabond Players” more than 80 years ago (with the last 65 years in a building and not a circus tent), the Flat Rock Playhouse is the only official State Theatre of North Carolina. What started as summer entertainment for vacationers from both North and South Carolina now produces Broadway shows in a nine-month season for almost 100,000 attending the productions. The playhouse also provides year-round performing arts education and an apprentice and intern program.

For the 2017 season, the 500-seat playhouse main stage will feature Annie, Joseph and the Amazing Technicolor Dreamcoat, Little Shop of Horrors, Dial M for Murder, and Amadeus, as well as other well-known musicals and concerts with its “Music on the Rock” series. The playhouse also serves as a location for plays in development that may one day reach Broadway.

One village local who hung out with the players in the 1950s was Pulitzer-prize winning author Carl Sandburg, who moved with his family to western North Carolina in 1945.

Known as the “Poet of the American People,” Carl Sandburg and his family lived at the mountain farm called Connemara. In 1968, a year after the Abraham Lincoln biographer’s death, the main house, built in 1838, and the surrounding estate became the Carl Sandburg Home National Historic Site. The home’s guided tour showcases how the Sandburg family lived and worked, including Carl’s writing room with its desk and type writer, and his 14,000-volume library. His wife, Lillian Sandburg, raised a prize-winning goat herd at the Connemara Goat Dairy. The goat dairy (with the prize herd’s descendants) is open to visitors who access the five miles of farm and wooded trails on the self-guided tour around the property. 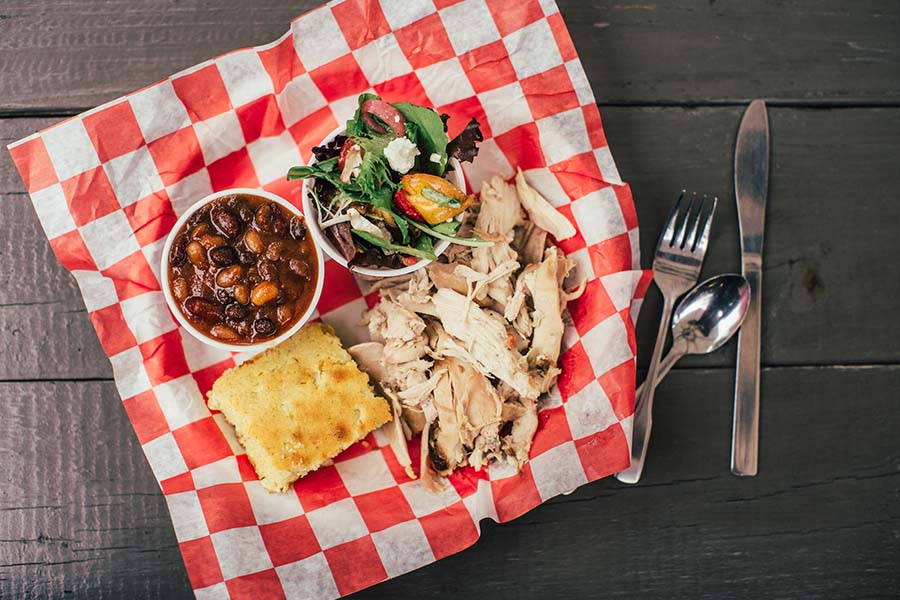 Before enjoying a show or after traipsing the grounds of Connemara, relax at Flat Rock’s Hubba Hubba Smokehouse, located in the historic district and within walking distance of the playhouse. Free-range roosters and chickens greet you on the rock walkway, and the smell of the wood-fired smokehouse leads you to a menu of pork, chicken, ribs and brisket, as well as a variety of homemade sauces and sides (not to mention local craft beers and hardened cider). While enjoying pulled pork, pimento cheese grits, succotash and an Oskar Blues brew, survey your surroundings: You may just be sitting near the next great playwright or poet.