This Yadkin Valley region offers an escape from the every day

Surry County is the heart of North Carolina's Yadkin Valley, where tobacco, textiles and furniture once ruled. While these endeavors still endure, tourism has blossomed into an economic force that melds the area's past and present. Visitors come to walk the streets of Mayberry, taste the wines created from the grapes grown in old tobacco fields and paddling the muddy waters of the Yadkin River.

Yadkin Valley is home to 36 of those wineries, with 20 of the tasting rooms within 20 miles. Twelve wineries are located in Surry County, now considered the heart of the wine region, with three more set to open in late 2013. You could spend several days touring all the county's wineries, but here is a small selection of the Surry wineries:

Shelton Vineyards (336-366-4724, www.sheltonvineyards.com), Dobson: Brothers Charles and Ed Shelton planted the first vines at Shelton Vineyards in 1999, the largest family-owned vineyard in the state at 125 acres and growing 10 varieties of grapes. The Sheltons were pioneers in the Yadkin Valley, whose success spawned the ever-growing wine industry in the region.

Stony Knoll (336-374-5752, www.stonyknollvineyards.com), Dobson: Owner Van Coe turned a portion of his wife Kathy's family tobacco farm into vineyards, planting the first vines in 2001. Coe says the land's fertile tobacco past set up the soil for growing grapes. The farm is listed as a N.C. Century Farm, growing crops for more than 116 years.

Brushy Mountain Winery (336-835-1313, www.brushymountainwine.com), downtown Elkin: Begun in 2006 as an "epiphany" for then 76-year-old Matthew Mayberry and his wife, Anna, the winery recently re-opened under new owner Beth Duncan.

Elkin Creek (336-526-5119, www.elkincreekvineyard.com), Elkin: Mark Greene planted the first vines in 2001 on the site of a historic grist mill built in 1896. The Greenes recently sold the vineyard and winery to the Jeroslow and White families, two couples who met while working with the Blue Man Group theatrical tour.

Grassy Creek (336-835-4230, www.grassycreekvineyard.com), Elkin: Founded in 2003, this vineyard and winery pays homage to the former dairy farm locally known as the Klondike Farm, by bottling a few wines in milk bottles with the Klondike Farm's golden Guernsey cow "Nira Pola" on the label — a cow with an interesting story that involved traveling with Admiral Richard E. Byrd to Antarctica in 1933, where she gave birth on the trip to a calf named Iceberg. 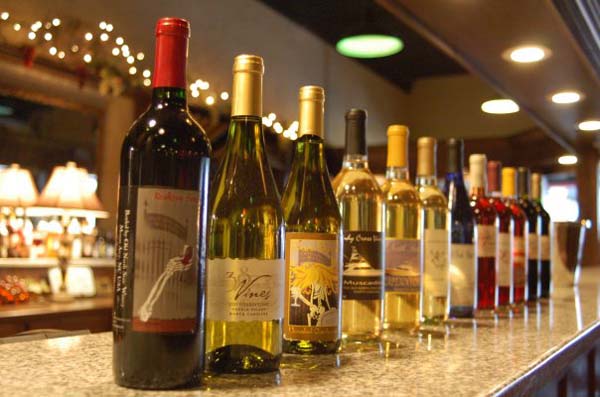 Old North State Winery (336-789-9463, www.oldnorthstatewinery.com), downtown Mount Airy: Two families started this cooperative in 2002, devoted to growing grapes on their family farms. The winery is located in a historic 1885 building that housed a general store, until a dynamite charge set off next door damaged the storefront in 1926. During rebuilding in 1969, a worker discovered skeletal remains of an arm in the basement. When the winery moved, the skeletal arm, known as the "Restless Soul," became part of its story and label.

Travel to Mount Airy (800-948-0949, www.visitmayberry.com) to walk the streets of Mayberry: Snappy Lunch and its famous pork chop sandwich, the Blue Bird Diner (go for the onion rings), the Mayberry Soda Fountain, Floyd's Barber Shop where you can still get a shave and a haircut, visit the Mayberry jail and sit in the Otis cell. One can even stay at Andy Griffith's homeplace, now managed by the local Hampton Inn, for $175 per night. 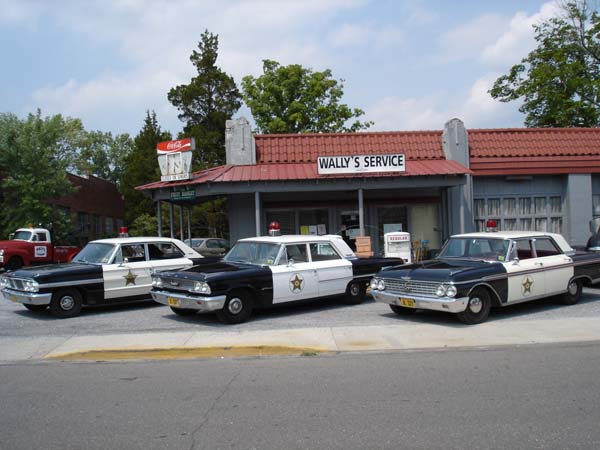 The Andy Griffith Museum showcases all things Andy and Mayberry. Squad Car Tours also start and end at the museum. Drivers tour you around in 1961, '62, '63 and '65 models of the Ford Galaxie squad car, visiting the world's largest granite quarry, Mayberry sites and other area highlights. My driver, Melvin Miles, had his mobile phone ringtone set to the Andy Griffith Show theme song.

Next door to the museum is the Surry Arts Council, home to the Siamese twins Eng and Chang Bunker exhibit. After retiring from show business, the twins settled in Trap Hill/Mount Airy. The Bunkers had 21 children total, with many of their descendants still living in the area. The exhibit shares interesting facts about the twins, along with debunking many myths about them.

When darkness falls, catch the Mount Airy Ghost Tour. Hosted by the Mount Airy Museum of Regional History, it begins and ends at the Old North State Winery. The tour is a little tongue-and-cheek, so it's safe for all ages. Just don't worry if you feel a cold nose nudging from a long-dead mule put down by its impatient owner. For an upscale dining experience before or after ghost hunting, head to Trio's for award-winning food and service.

In Elkin, hikers can walk the 2.5-mile portion of the Overmountain Victory National Historic Trail. Elkin serves as one of the two trailheads, with the other in Abington, Va. After hiking, sit down to a meal at Harry's Place, a local favorite featuring southern home cooking and sweet tea in a Mt. Olive pickle jar. For white tablecloth dining, walk downtown to Twenty One and Main restaurant. 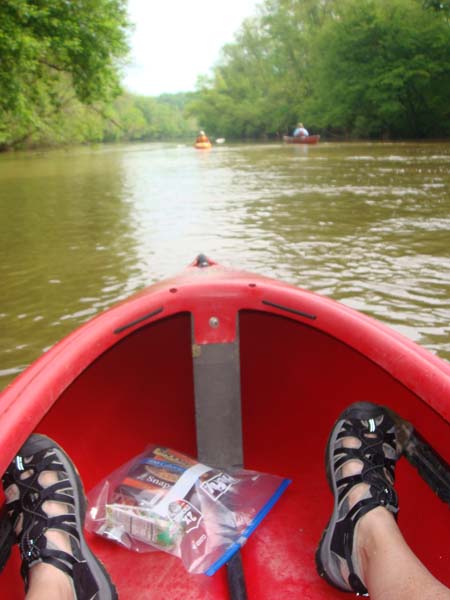 For outdoor enthusiasts, the Yadkin River is accessible throughout the county. The muddy water is slow-flowing and wide, with creeks along the river to explore. Overhanging trees on the riverbanks provide shade to paddle under when needed.

One outfitter, Yadkin River Adventures (336-374-5318, www.yadkinriveradventures.com) located in historic Rockford, provides 2-, 4-, and 6-hour and overnight canoe and kayak trips. The outfitter provides transportation to and from your starting and ending points. The 2-hour trip goes from Boonville back to Rockford. About halfway, a left turn up the Fisher River leads to a rock outcropping perfect for a picnic lunch. The paddle upstream to the rocks is strenuous going against the current, but you cruise back down to the Yadkin.

The Rockford General Store (336-374-5317, www.rockfordgeneralstore.com), located across the street from the outfitter's office, can pack a picnic for you in a cooler to tote in your kayak or canoe. When you bring the cooler back, dip into the old ice chest for a bottle of Cheerwine, Nehi or Coke, sit back on the outside bench next to the wooden Indian chief and relax after a day of paddling, and plan your next wine stop, dinner or paddling experience.