Nature and History in Harmony at Pettigrew State Park 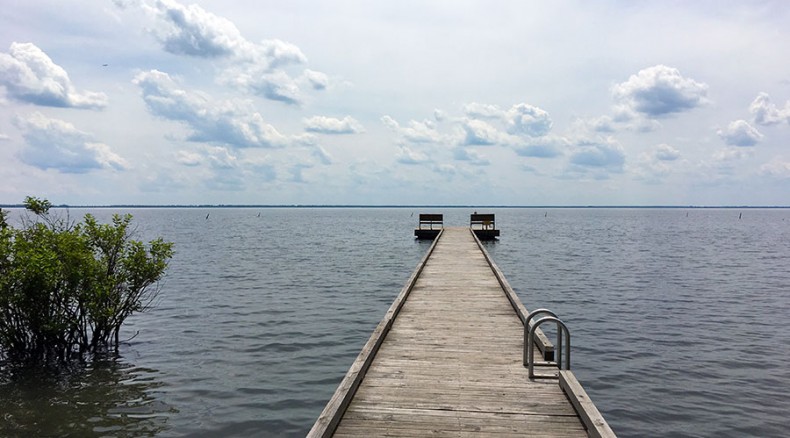 Lake Phelps mysteriously formed more than 38,000 years ago on a swath of land between the Albemarle Sound and the Pamlico River. The 16,000-acre lake serves as the main footprint for Pettigrew State Park, located in Creswell and within both Washington and Tyrell counties. The area was once known as the Great Eastern Dismal and Great Alligator Dismal.

The lake’s shallow waters (averaging 4.5-feet deep) rely solely on rainwater for replenishment — no streams enter or leave the shores. That keeps the water clean and clear, perfect for wood preservation. More than 30 dug-out canoes have been found in the lake’s shallow waters, imprinting the area’s significance to local Native Americans, including the Algonquin. One canoe is the second-oldest found in the United States, dating back to 2400 BC, making the canoe about 4,400 years old. The north shore makes up one of the last old-growth forests in eastern North Carolina. 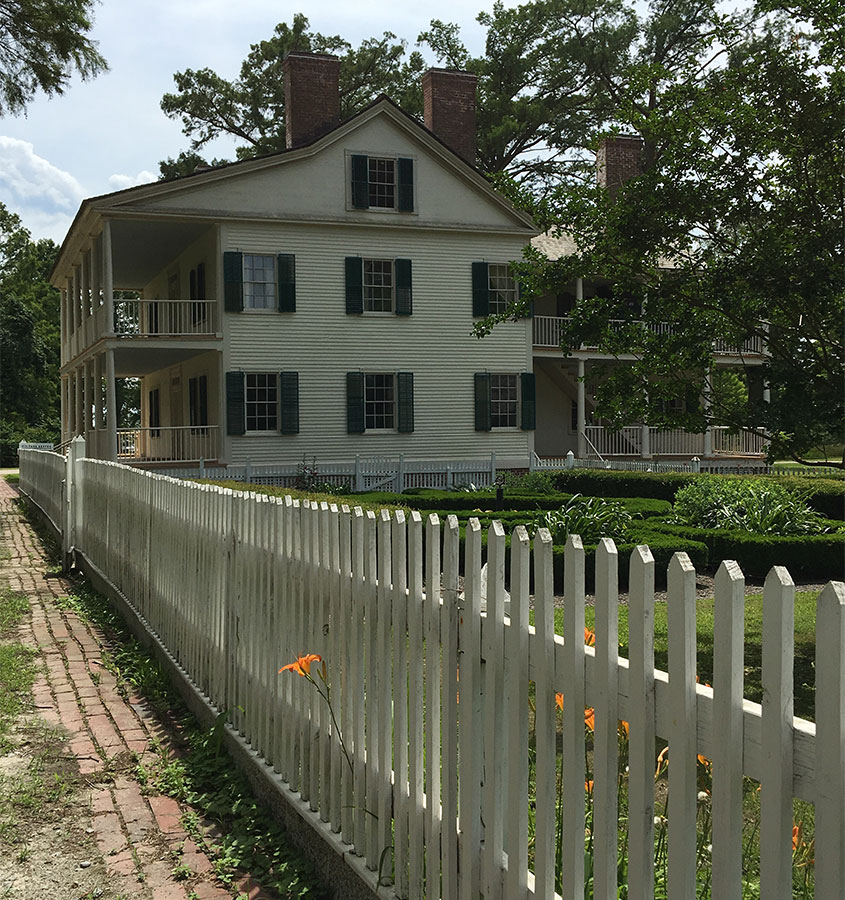 Today, the park is a popular canoe, rowing and kayaking spot for recreation and fishing. Anglers have a chance at catfish, yellow perch and largemouth bass from motor- and non-motor boats, the 224-foot pier, along the shore, or by standing knee-deep in the water.

Surrounding forests provide ample trails to explore the plants and trees that thrive in this environment, including ancient cypress and sycamore trees large enough for a person to stand inside. Tundra swans, snow geese, black bears, bobcats and others also call the park home.

One of the park’s trails, the Lake Shore, leads away from the boat ramp into the shade of the swampy canopy. The trail follows along dirt paths and boardwalks, until it breaks out of the trees and into the backyard of Somerset Place, a state historic site situated within Pettigrew State Park.

For 80 years, Somerset Place served as the base of operations for the Lake Company partnership, which owned agricultural fields and plantations covering 100,000 acres bordering Lake Phelps. The company brought slaves from Africa in the 1790s to dig more than 6 miles of canals that connected the lake to the nearby Scuppernong River for transportation and swamp draining, then later introduced a lock system to irrigate fields of corn and rice. Many of the canals are still visible today while driving in this area of Washington County.

In 1787, one partner, James Collins, founded Somerset Place. By 1865, the plantation was one of the largest in the upper South, so large that it held not only barns, stables, smoke houses, a dairy, sawmills and the main home, but also a hospital, chapel and school within an industrial and residential complex.

Over the life of the plantation, more than 850 enslaved men, women and children lived and worked within the complex. As a means of accurately representing their living conditions, the state has meticulously reconstructed one- and four-bedroom homes along the foundations where enslaved families once lived, as well as the plantation hospital that served all that lived on the grounds, free and enslaved.

An interpretive tour highlights the plantation’s story — of the Collins family, free laborers and the day-to-day struggles of those enslaved. Historians have researched the lives of those who worked and lived at the plantation, learning about their trades, family life and culture. The family lineage of one of the first enslaved to arrive in the late 1700s, Sucky Davis, has been traced down through the years to local families. Every summer, the site holds the Somerset Homecoming for families to acknowledge, honor and connect with enslaved ancestors.

Together, the two sites tell a tale from nature and history. Without one, the other would not exist. For families looking for an inexpensive way to enjoy both the outdoors and learn a bit of the state’s history, a visit to Pettigrew State Park with a short layover at Somerset Place is a day trip must.