History is on full display at NC’s first state capitol

By Leah Chester-Davis | Photos by VisitNC.com

Tryon Palace in New Bern is celebrating a major milestone this year. Known as North Carolina’s first permanent state capitol, Tryon Palace turns 250. The Tryon Palace Semiquincentennial is celebrated six years before the United States celebrates its 250th, which will be in 2026.

While the COVID-19 pandemic has affected various plans to observe this important anniversary of the state’s beloved historic site, you can still plan a future visit. Tryon Palace deserves a spot on your must-see list of North Carolina treasures.

Tryon Palace served as the North Carolina capitol and the home of Royal Governor William Tryon and his family. When the Palace was completed in 1770, the Royal Governor marked the momentous occasion with a birthday ball celebrating King George III. George Washington, along with many other notables, visited.

“The Palace was esteemed as one of the best buildings in North America,” says Tryon Palace research historian Lindy Cummings.

Following the American Revolution in 1776, it was the site of the first sessions of the general assembly of North Carolina. It was home to state governors until 1794. In 1798, fire destroyed the original Palace building, leaving a couple of smaller buildings on the grounds. In the late 1940s, recognizing its historical significance to the state and nation, citizens, state leaders, and many others launched a campaign to rebuild the Palace based on the original plans. The reconstructed Palace opened in 1959. Visitors today are the beneficiaries. 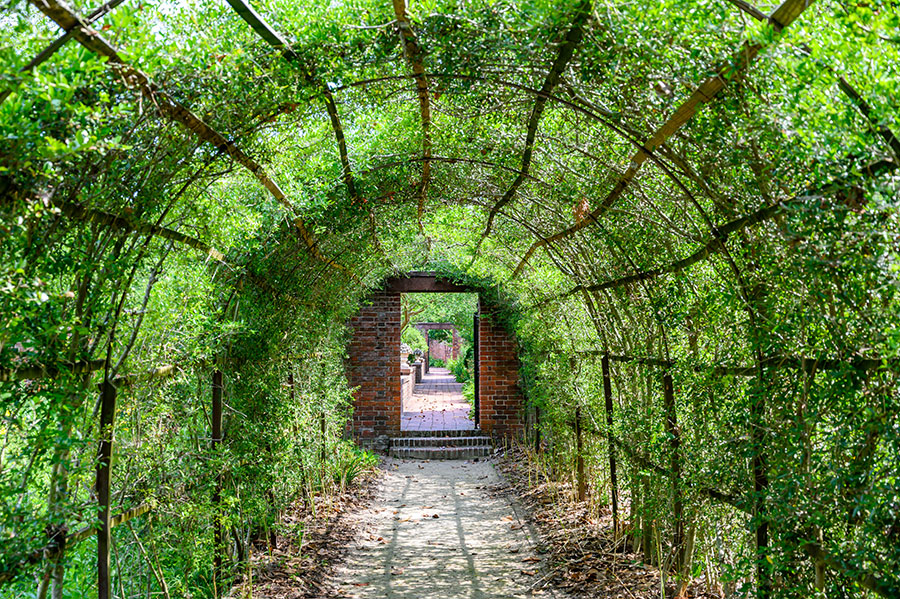 “Tryon Palace is so special because it offers a direct link to the history of New Bern and North Carolina,” Tryon Palace marketing manager Zaneta Padilla explains. “Walking through those gates transports visitors back in time with costumed interpreters, artifacts and historically accurate gardens.” 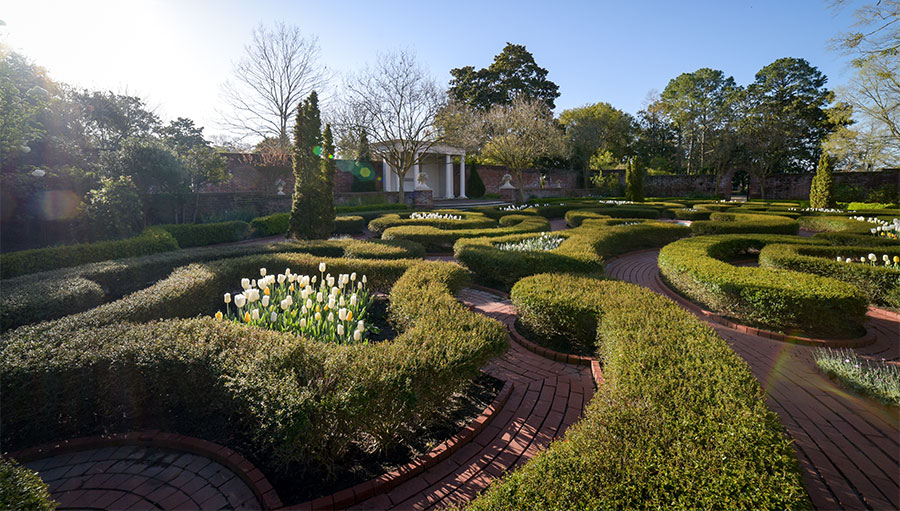 Garden lovers can delight in the seasonal displays of the 16 acres of gardens and landscapes, which represent the formal style of 18th-century Britain. Thirteen different garden areas showcase various plants. The formal parterres of the Latham Garden and the Carraway Garden showcase seasonal displays. The Kitchen Garden includes heirloom varieties of vegetables, herbs and fruit trees.

Tryon Palace is featured in the Outlander novels by Diana Gabaldon. Fans have made the pilgrimage to the site for decades, but there has been an uptick in visitors from the television series based on the books. Tryon Palace features an Outlander tour (third Saturday each month) which always sells out, so sign up early!