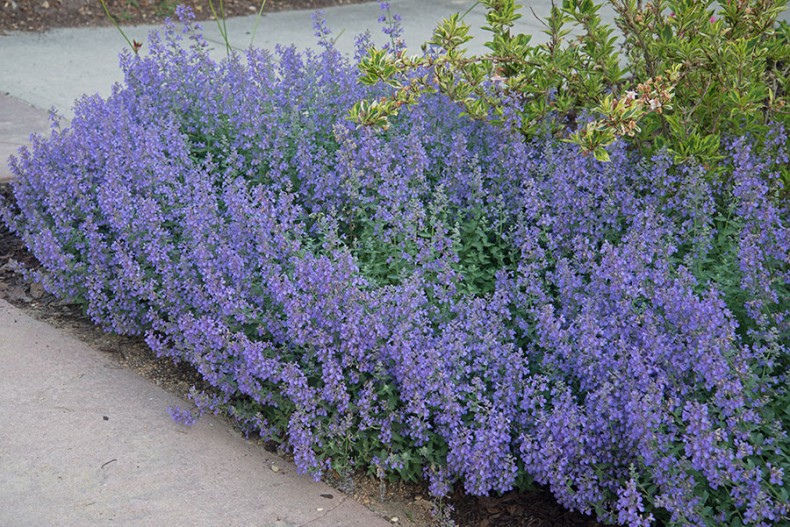 Catnip (Nepeta cataria) is a plant well-known to kitty owners who love to see their feline friends get goofy. But a close cousin, catmint (Nepeta faassenii), packs a visual pop that can have gardeners purring with delight.

Unlike catnip, which shows modest flower displays and tends to be weedy, catmint is more manageable — typical selections are sterile hybrids — and has the potential to be a reliable go-to plant for landscape eye candy.

An herbaceous perennial, catmint lights up the spring growing season with a blooming bang, covering itself with masses of small, lavender-bluish blossoms. Flowering at a lesser pace will continue until fall, although it might sputter in the high heat of summer. Nonetheless, when planted in concentrated groupings, catmint will dependably stroke swaths of pleasing color through a garden bed during most of the growing season.

Easily winter hardy in all Carolina gardens, catmint is a deer-resistant, low-maintenance, lightly fragrant plant that, once established, can survive drought conditions, creating possibilities for its use in xeriscaping projects and rock gardens. It could suffer in heavy clay or areas that don’t drain well, so generously amending such inhospitable growing grounds with compost or commercial soil conditioners is a good idea. Note that too much nitrogen fertilizer can cause branches to stretch and flop. While catmint prefers full sun, selecting a site that settles into light shade during the heat of the day will help keep its flower displays looking fresher.

For years, the cultivar “Six Hills Giant” has been the catmint’s meow for gardeners, but, as its name implies, it is a biggie, growing up to 3 feet tall and about as wide. So give it room. “Walker’s Low,” the Perennial Plant Association’s Perennial of the Year in 2007, has a similar sizeable display. Looking for less? Consider “Junior Walker,” which only tops out at around 16 inches tall and 30 inches wide.

Catmint should not be hard to find locally this spring, especially at garden centers with decent herb plant sections, but a sure Plan B is to e-shop for this purr-fect perennial online. 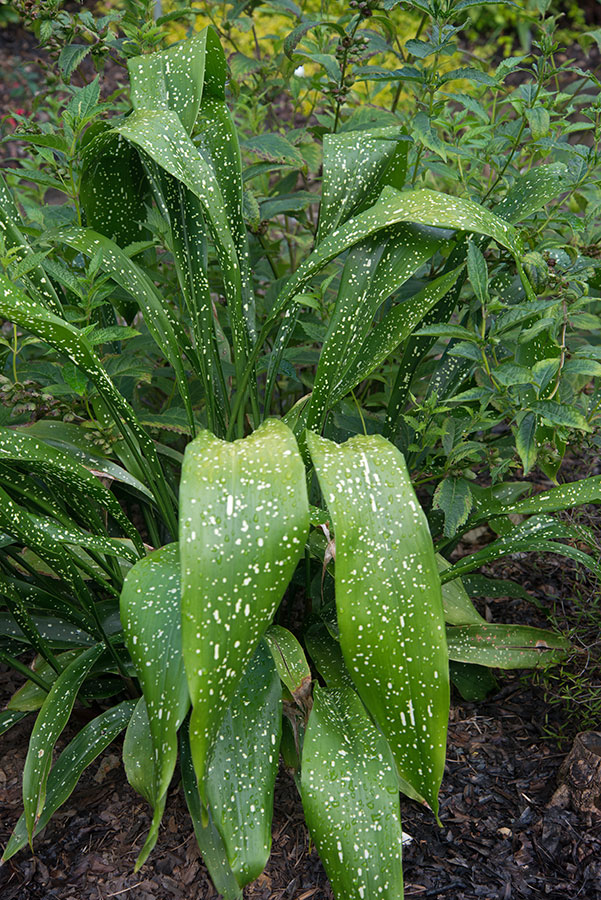