Plus Garden To-Do's for April and May 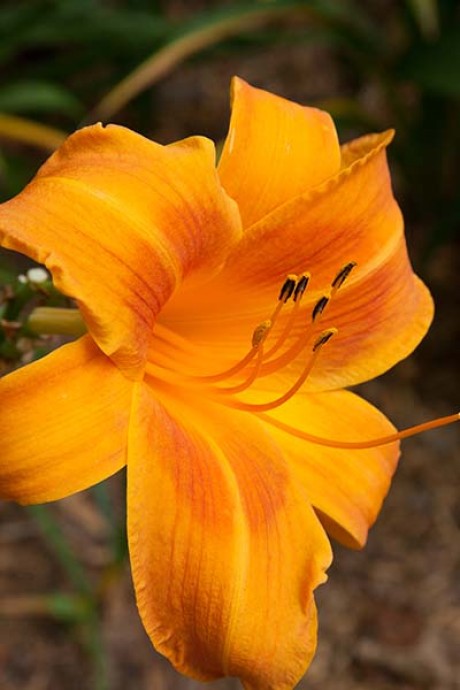 Daylilies are so named because their lily-like flowers open early in the morning, spend the day basking in beauty, and then fade away as evening approaches.

But exceptions exist: night-blooming daylilies. This term might seem like an oxymoron conjured up from the realm of science fiction, but such plants are real — and they are very pretty oxymorons.

There are actually three types of night-blooming daylilies, all of which are listed below, along with a few cultivar examples that can be found either at local garden centers or online. So, grab a flashlight and enjoy!

Extended (often abbreviated “Ext.” in catalogs) Cultivars in this group unfurl early in the morning like regular daylilies, but their flowers remain open for 16 hours or more, meaning well past dark, even on the longest days of summer. The popular ‘Stella d’Oro’ with bright yellow flowers is the poster child for extended daylilies, but it has plenty of pretty company, including ‘Happy Returns’ (yellow blooms), ‘Rocket City’ (orange with reddish-orange throat), ‘Rosie Meyer’ (bright red petals with gold throat) and ‘Joan Senior’ (pale white with light yellow throat).

Nocturnal (“Noc.”) These true daylilies of the night have blossoms that open late in the day and last deep into the dark. ‘Citrina’ (also sold as Hemerocallis citrina), with its fragrant, butter yellow blooms is one of the better known nocturnals, and there are many more, including ‘Lady Grosvenor’ (cream-pink), ‘Pardon Me’ (flashy red with greenish-yellow throat) and ‘Flames of Fortune’ (apricot).

Have an ugly wire fence? Want a summertime privacy screen? Do the rails on your deck need dressing up? If your answer is “yes” to any of these questions, the solution might be found at your friendly local garden center. Now is a good time to plant any of the many fast-growing, flowering annual vines such as moonvine, morning glory, cardinal climber, scarlet runner bean, Spanish flag, cypress vine and purple hyacinth bean. All of these vines can be grown from seed, but for quicker coverage, consider buying young plants, if they are available.

Extended Nocturnal (“Ext. Noc.”) As advertised, they are night-blooming daylilies that stay in flower at least 16 hours, meaning their blossoms will still be open to salute the rising sun and early morning. The popular ‘Black Eyed Stella’ (yellow with reddish throat) is probably the easiest to find in this group, but other similar beauties worth searching for include ‘Bone China’ (white with greenish-yellow throat), ‘Three Seasons’ (pale yellow) and ‘Misty Isle’ (light salmon pink).

To Do’s in the Garden