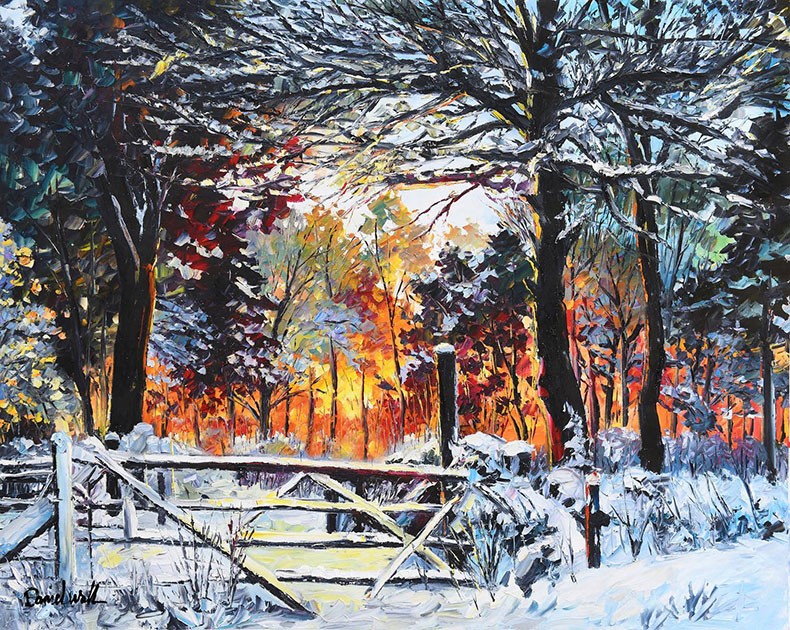 Daniel Wall works in a style of his own creation: intense impressionism, as he calls it, although others have deemed it “extreme impressionism.” He’s been working in the style for more than 30 years, first developing it in college by studying masters like Vincent Van Gogh and Claude Monet.

“Monet used a small brush for texture,” he says. “Instead of a brush, I use a palette knife.” As a result, the full-time painter’s oil paintings are full of heavy texture and bold strokes of color. Daniel was born in China, has studied art in Italy, and much of his work is inspired by locations around the world he’s visited, although a move to Raleigh in 2006 provided a new source of inspiration. “Our state is beautiful, from east to west,” he says.

Learn more at parkwest-wall.com or facebook.com