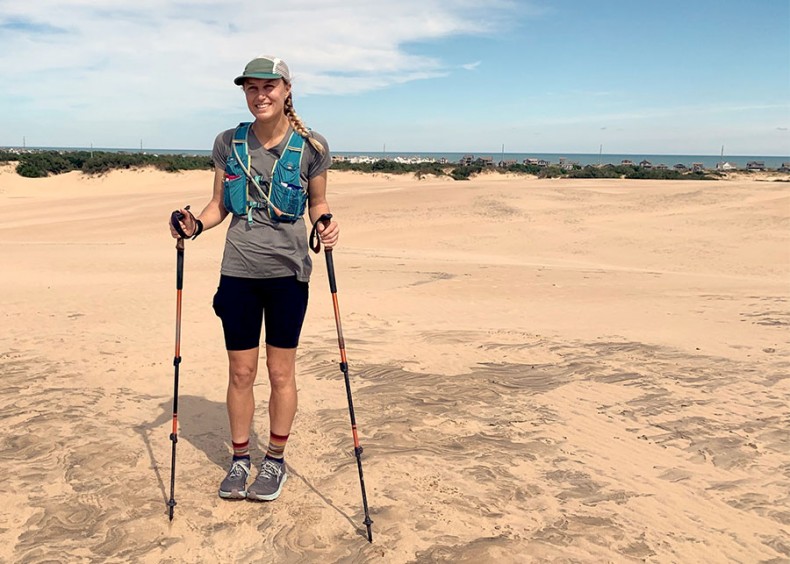 On September 30, Tara Dower of Raleigh walked among the dunes of Jockey’s Ridge State Park to become the fastest hiker to complete the state’s Mountains-to-Sea Trail (MST) — covering nearly 1,200 miles in just over 29 days. The trail spans the diversity of our state, from Clingman’s Dome in Great Smoky Mountain National Park to the Outer Banks.

Tara, originally from New Jersey, grew up in Wake Forest. Tara has a husband and a brother who are both in the military, along with two loving parents who introduced her to hiking. 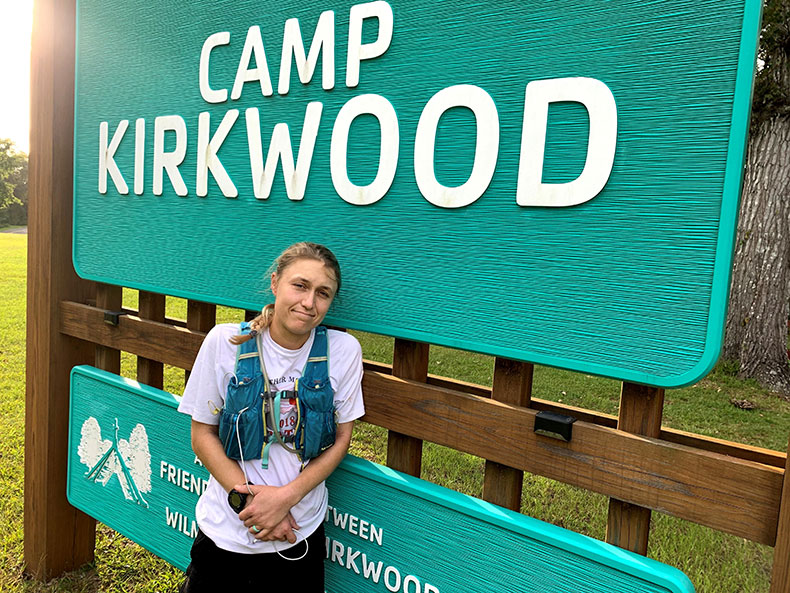 “My parents were huge on getting outside exposure and always being active,” Tara says. “We started going on simple walks, which turned into miles and then eventually exploring local hikes.”

Tara began backpacking around 2013, which was when she decided to take hiking to the next level. Backpacking, as Tara describes it, “is essentially gathering everything you need for a hike and going out into the backcountry.”

After completing the more than 2,000-mile-long Appalachian Trail in 2019 with her husband, Tara decided to backpack the MST in January 2020 by herself, as a self-supported mission with no help from anyone following her. Individuals referred to as “regular thru-hikers” typically hike around 15 to 20 miles a day. However, when the pandemic hit, plans changed, as Tara did not want to rely too heavily on “trail angels” — those who provide hikers with food, shelter and other support— and possibly risk COVID-19 exposure. That is when Tara set her sights on completing the trail quickly, as the fastest-known attempt.

One day at a time

Tara prepared for the hike for two-and-a-half months, focusing on preventive care and elevation changes. Tara had to hike 40 miles a day to break the speed record, and she needed help from someone following her in a vehicle to carry gear and provide support. 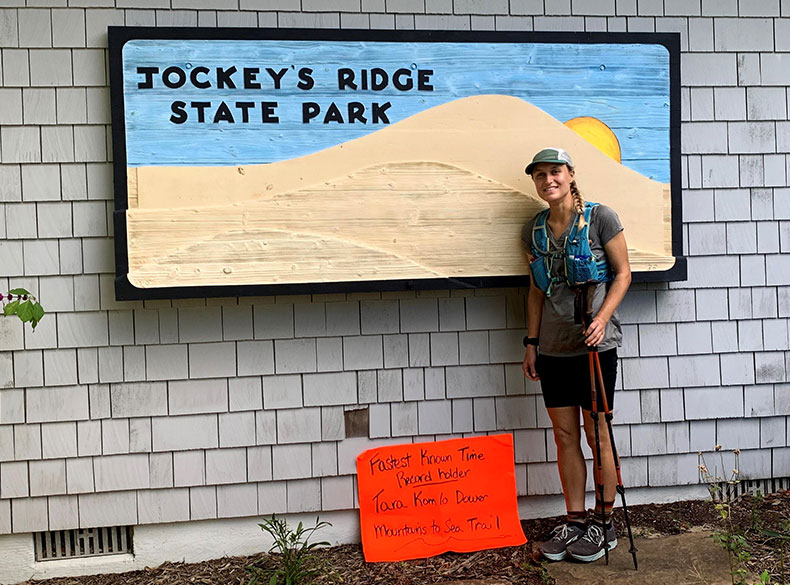 The motivating factor that encouraged Tara to keep going was her husband and family. One day, her husband asked her on the phone: “Why don’t you just stop?”

He wanted her to know it was OK to stop if the hike was getting to be too much. But with that question, it hit Tara that she didn’t want to stop. She kept thinking about what both her mom and a friend would say when hiking long journeys: “One more day.”

On a particularly stressful day due to malnourishment and knee issues, Four County EMC, based in Burgaw, served as a trail angel to Tara.

“I couldn’t think straight, and my brain felt like scrambled eggs,” she says. “I was having a hard time forming sentences and was very weak.”

Visit mountainstoseatrail.org to learn more about North Carolina’s long trail, including an interactive map and a 40-hike challlenge.

But once she contacted Don Gatton, vice president of Human Resources at Four County EMC, she was relieved at the hospitality she was met with. The electric co-op partnered with YMCA Camp Kirkwood to provide shelter and assistance for Tara and her support crew.

“By the end of the day, I was exhausted,” she remembers. “Four County and Camp Kirkwood provided me with clothes, a shower, a place to lay my head … it was extremely helpful to be genuinely taking care of.”

Along the last mile of the trail in Jockey’s Ridge State Park, Tara was crying as she reflected on everything that she had endured up until that point — as well as her support groups and knowing it was all over.

“I felt free,” she explains, “like I could do whatever I wanted.” 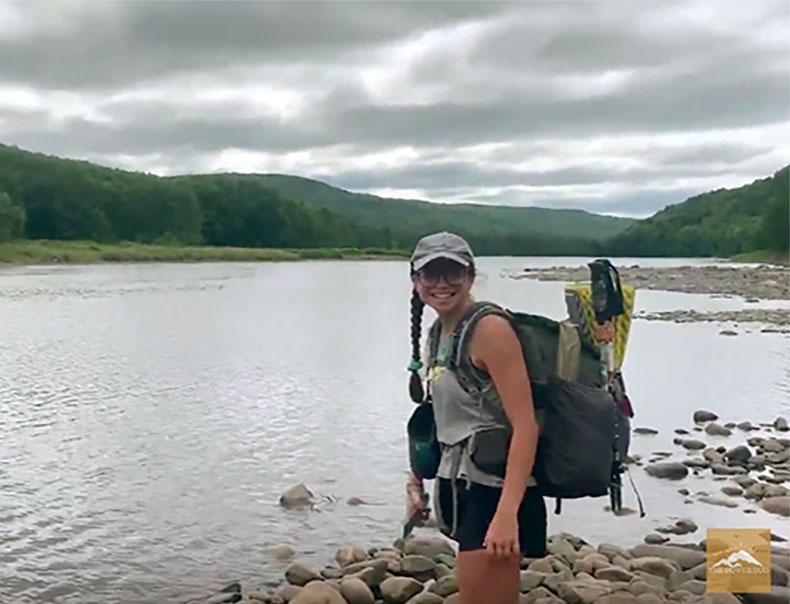 Travel along on Tara Dower's record-breaking hike through the mountains and piedmont regions of North Carolina. Look for the coastal portion of her hike to be added in March!

Take a Hike With Tara

MaKayla Killens lives in Leland and is the communications specialist for Four County EMC.