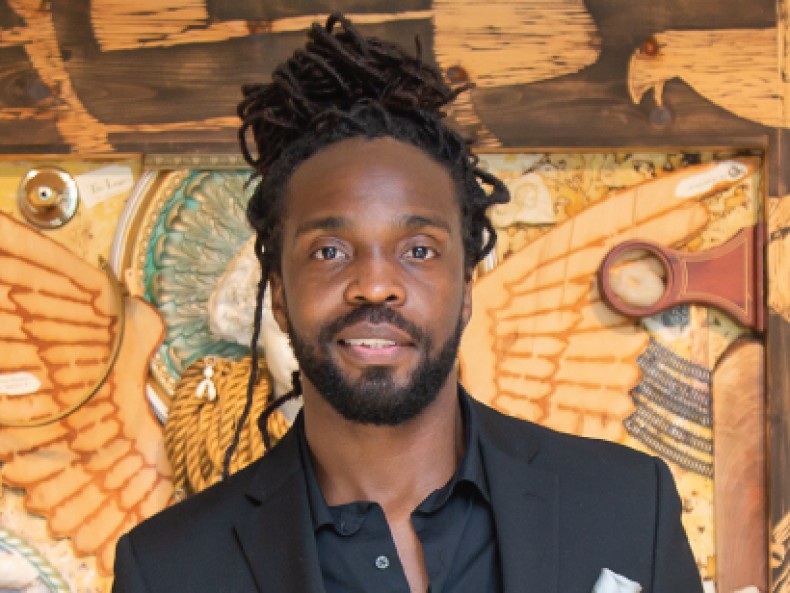 In 2019, the Cameron Art Museum approached Durham-resident and sculptor Stephen Hayes about memorializing the United States Colored Troops (USCT) who marched through Wilmington during the Civil War Battle of Forks Road in 1865. Stephen accepted the challenge to create the memorial. 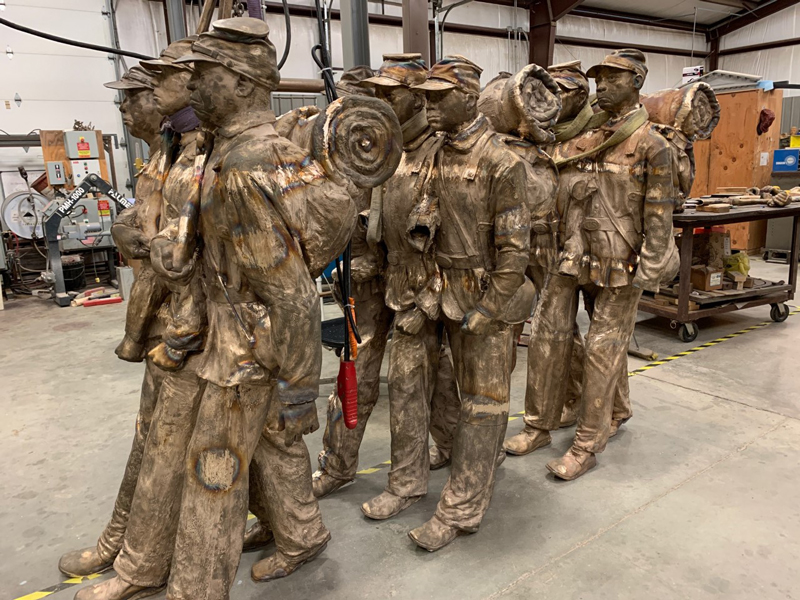 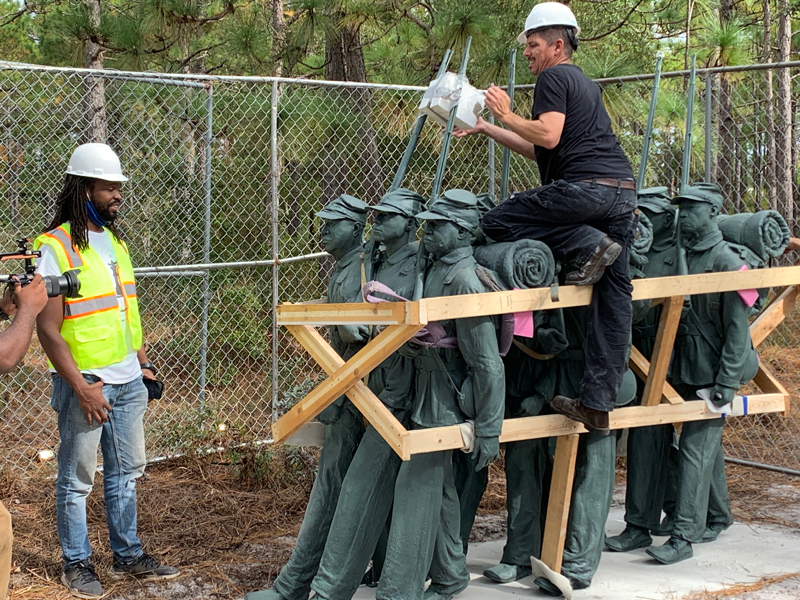 “This is a super important monument,” Stephen says, a 39-year-old Duke University assistant professor of the Practice of Art, Art History and Visual Studies. “It will tell the history of a story that is untold.”

Stephen’s creation — “Boundless,” a life-size bronze statue of 11 African American men — was unveiled in November 2021 on the grounds where the Battle of Forks Road was fought. The permanent exhibit is also the focal point at the only park in the nation built to honor the United States Colored Troops and their fight for freedom.

“They will be here until the end of time,” Stephen says of the troops. “I use my artwork to change the narrative.”

In the early stages of developing sketches for the sculpture, Stephen immersed himself in the history of the battle by walking the site and meeting the United States Colored Troops reenactors from Battery B 2nd United States Colored Light Artillery, USCT 35th Regiment Tryon Palace New Bern, and the 5th USCT Company C. While in character, these men gave Stephen a history lesson explaining what it was like to march and what kinds of clothing and shoes were worn. These soldiers didn’t have the benefit of making the trek on horses.

Each soldier’s face is based on a real person. At Stephen’s request, the museum put out a call for descendants of the soldiers and reenactors to pose for the sculpture. Stephen casted their faces, using plaster gauze to capture the details in a mold which would later be filled with plaster. The hands were cast from another group of people, veterans and additional descendants of the soldiers. 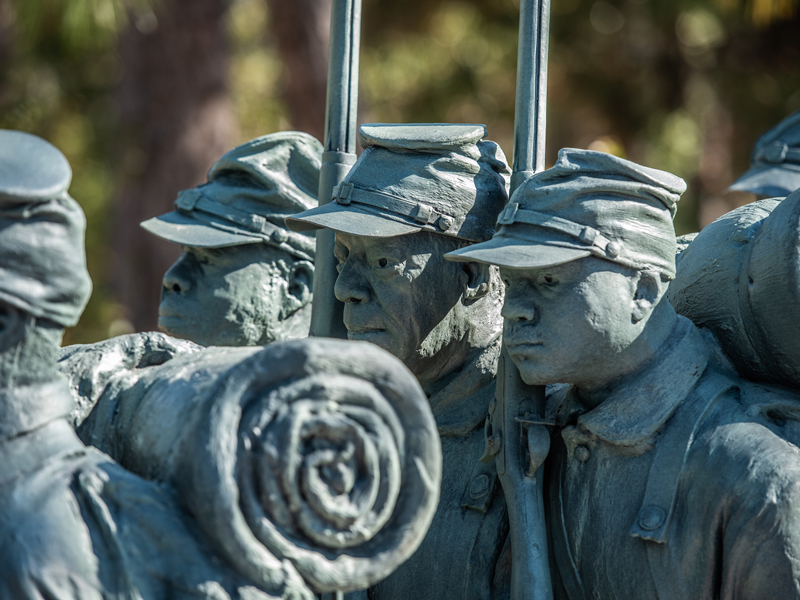 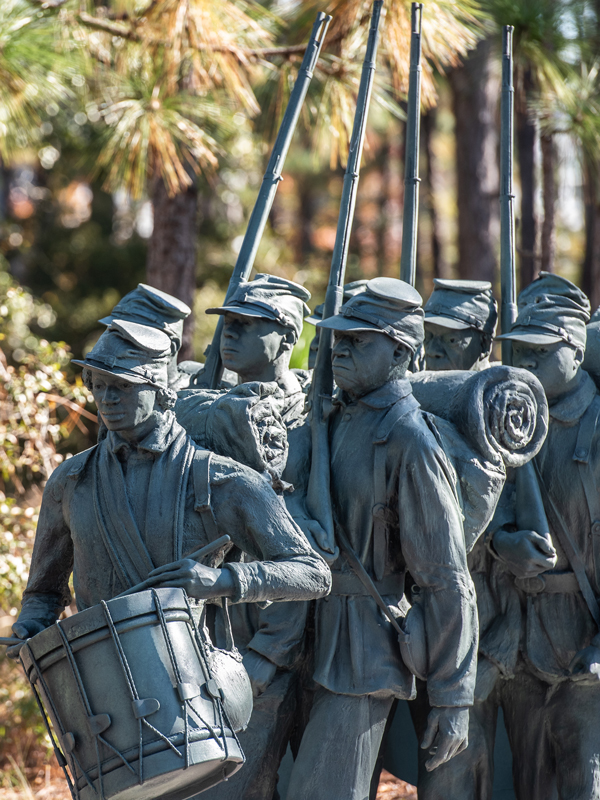 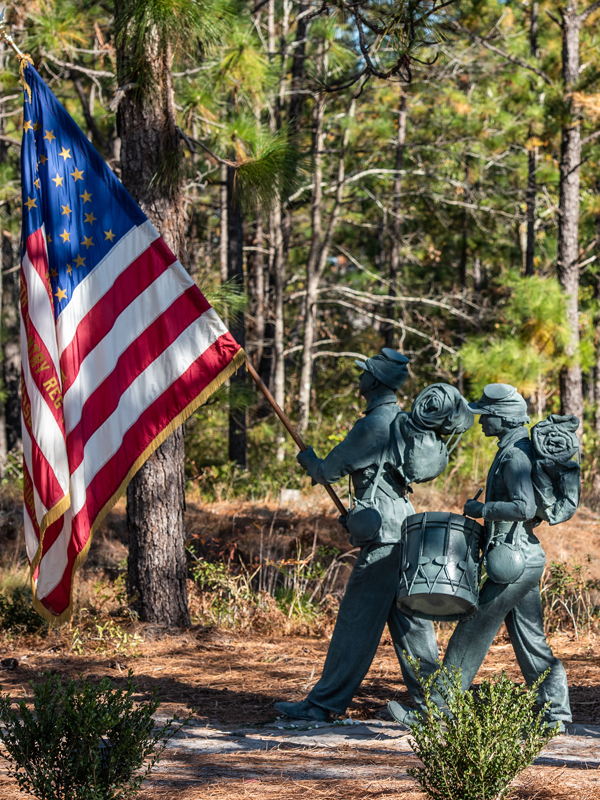 “The bodies were made from mannequins, dressed in clothing from that time period,” Stephen explains. “I made the clothes flow in the direction of the movement pattern. Then I placed the heads on top of the bodies.”

Unlike most monuments, Stephen intentionally placed “Boundless” on the ground, not on a pedestal. He wants viewers to question how this monument speaks to ones they’ve seen mounted on a tall platform.

“A lot of my work is on the ground so people can be a part of the work,” Stephen says. “These guys marched on the ground. I wanted people to be face to face with my work. I didn’t want it to be on a pedestal so people have to look up and gawk at it.”

Once the plaster mold was ready, Stephen reached out to Carolina Bronze Sculpture, Inc., in Seagrove about casting the piece in bronze. The large multifigure casting was complex, says Ed Walker, president of Carolina Bronze. He and Stephen worked closely together.

“(Stephen) is a visionary,” Ed says. “He can create pieces that have strong statements about societal changes, especially about the plight of African American people. He’s highly respected in my book in his ability to convey those types of images so that people can view and experience his sculpture, and lead with a new sensibility about important social issues.”

Vanessa Infanzon moved to Charlotte for college and never left. When she’s not writing about business or travel, she’s paddle boarding on the Catawba River.