The Tri-Warriors of Robeson County aren't slowing down 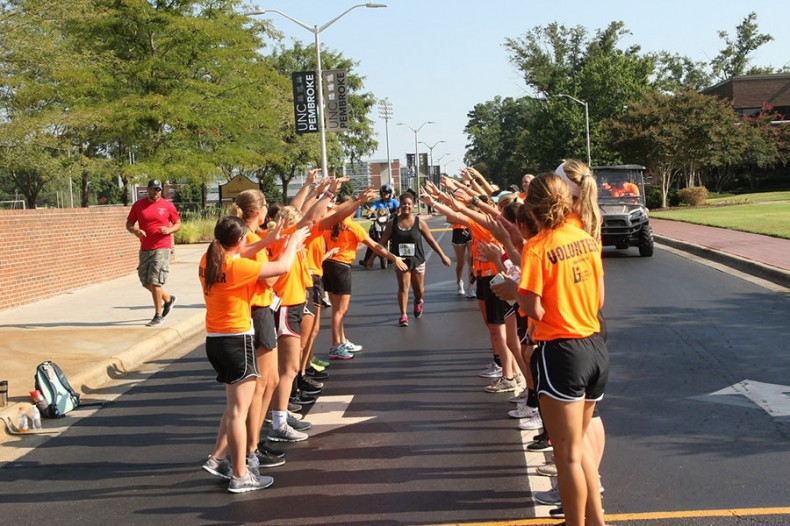 Volunteers cheer on a runner at the finish line.

Mike DeCinti sits in the Lumbee Guaranty Bank headquarters on a Tuesday night. He and a handful of dedicated locals are planning the 2017 Youth Triathlon for this August. As they plan, memories of past races make this first meeting of the year an enjoyable one for the group.

“One boy, just before getting in the pool, smiled at me and said: ‘I don’t know how to swim.’” DeCinti remembers. “But he did well, and a volunteer stayed with him until he was out of the water.”

The Tri-Warriors of Robeson County have organized this event for boys and girls for the past seven years. DeCinti and others launched the event as a way to turn the tide on a widespread health problem in their community.

From 2010 to 2014, Robeson County deaths attributed to diabetes were twice the state average, according to a county health report. Diabetes is locally known as “Sugar,” and health promotion is aimed at reducing diabetes cases starting with younger generations. DeCinti and the others at the table tonight are trying to do their part for these young people. 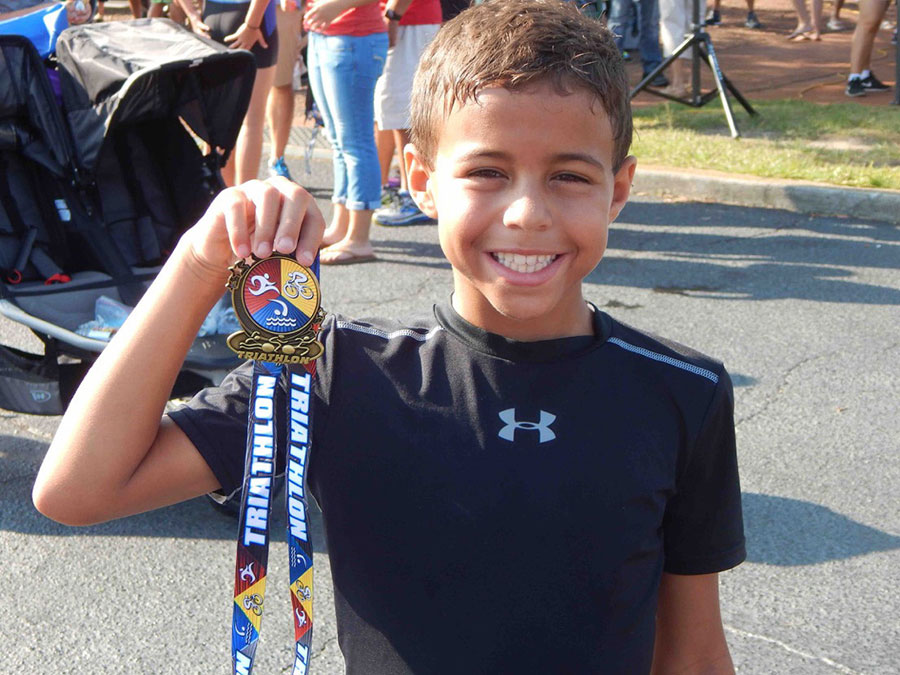 “We all want to see our young people engaging in healthy activities. Kids already enjoy swimming, biking and running; we just put those three together and cheer them on,” explains Bryan Maynor, a triathlete, organizer and COO of Lumbee Guaranty Bank.

At this year’s event, like previous years, young triathletes will swim in the UNC Pembroke pool and then head out to bike on and around Pembroke’s campus. The final leg of the race is a flat and well-shaded run around and through the nation’s first public school founded by and for American Indians. This first step towards a healthier lifestyle is an easy one to take — the distances are a reasonable challenge for all ages.

DeCinti and his fellow organizers talk logistics, sponsorships and volunteers for the big day. “You can’t leave even the smallest detail until the last minute. It wouldn’t be best for the kids,” DeCinti says as he pores over spreadsheets and checklists.

Jobs are handed out like dinner plates to those around the table, who have supported the event since its start. Windy Christy will ask for volunteers at a local fitness club; Terry Oxendine will call a few local restaurant owners who donated last year; Grady Hunt, a lawyer, will look into securing the insurance policy. The list of things to do is overwhelming, but the community reminds them of the value of their hard work.

“As both a father of a participant and an owner of a local business, it was an easy decision for me to help sponsor this amazing event.” says Josh Whitley, owner of State Farm in Lumberton “The Tri-Warriors put on one of the best youth races in the state, and they have created an interest in triathlon that would not have otherwise existed in this county.”

The organizers are working for more than just a fun time for kids, with the event aimed at generating interest among youth who are threatened by diabetes. And so far, the Tri-Warriors’ goal is being accomplished.

“I love this race” says Haley George, a 13-year-old girl who has competed every year since the triathlon began. “Since the first race, I’ve started to do other regional events, but this one, by far is the best.”

Donations the Tri-Warriors receive also go to benefit local children. This year, all donations will be given to an organization who is helping the children of families affected by Hurricane Matthew, which devastated Robeson County and the surrounding area less than a year ago.

Details, registration and sponsorship information for the 2017 Youth Triathlon, held August 26 at the UNC Pembroke Campus, is online at triwarriors.com or Facebook. For more information, contact Mike DeCinti, race director, at 910-827-2439.