Determination in the Face of Florence

The sun is out, and the wind is still at the Lumbee River EMC (LREMC) building in Red Springs. Traffic is moving despite several road closures, but the ordinariness of passing cars and trucks cannot mask the surrounding devastation. Hurricane Florence had swept through the region only days before, leaving hundreds of thousands without power. LREMC was on emergency generators to power its headquarters. And floodwaters were still rising.

“It’s not about numbers, not addresses, but people. People we know — our neighbors.”

But at the co-ops faced with Florence’s force, a steeled determination met the furious winds.

“We knew we needed to have the strongest response possible,” said Don Hughes, CEO and general manager of BEMC. “We were ready.”

At LREMC, employees like Contract Services Coordinator Derek Owens made arrangements weeks in advance for the crews coming in from other electric co-ops.

“We brought in co-op crews from Ohio, Tennessee and Alabama, besides the North Carolina trucks,” Owens said. Other affected co-ops also received assistance from Illinois, Florida and Georgia co-ops, as well as help from North Carolina co-ops unaffected by the storm.

Owens arrived before dawn the day before Florence made landfall with enough clothing for the week. While his contractors had hotel rooms, Owens slept on a cot next to his desk. Before the storm hit, finding accommodations was difficult, but the real challenge began after the storm. 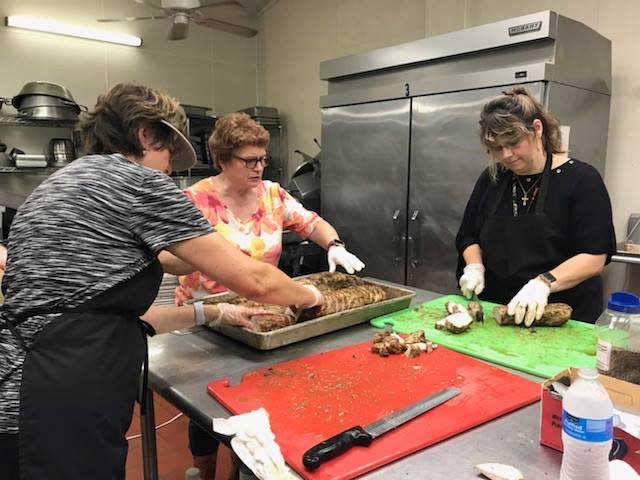 All hands on deck

“People who do certain jobs under normal circumstances get assigned much different roles during emergencies like this because they are essential,” said Carteret-Craven Electric Cooperative Communications Director Lisa Galizia. “At times like this, what matters is lodging visiting crews, keeping everyone fed, getting supplies out and ‘bird-dogging’ for line crews unfamiliar with your territory … We’re constantly keeping track of where the crews are and how many meals they need so we can run them out to them.”

To keep the hundreds of line crew workers operational, it took a Herculean effort to keep them fed and well‑equipped, including washing layers of required clothing.

“Nothing can keep these guys from doing the job they’re trained to do, but clean, dry socks do help,” said BEMC Manager of Operations Josh Winslow.

BEMC employees rose to the occasion to ferry more than 450 pounds of wet, soiled clothing to a boarded-up local laundromat when their own washers and dryers couldn’t handle the demand. Tideland EMC office personnel took over the kitchen at YMCA Camp Seafarer in Arapahoe for meal preparation to feed linemen and tree trimmers — CEO Paul Spruill’s duties included transporting crews in a school bus to their sleeping quarters at the camp. At LREMC, Consumer Accounting Specialist Meta Deese fed crews from a food truck, no easy feat with so many shortages in the region. 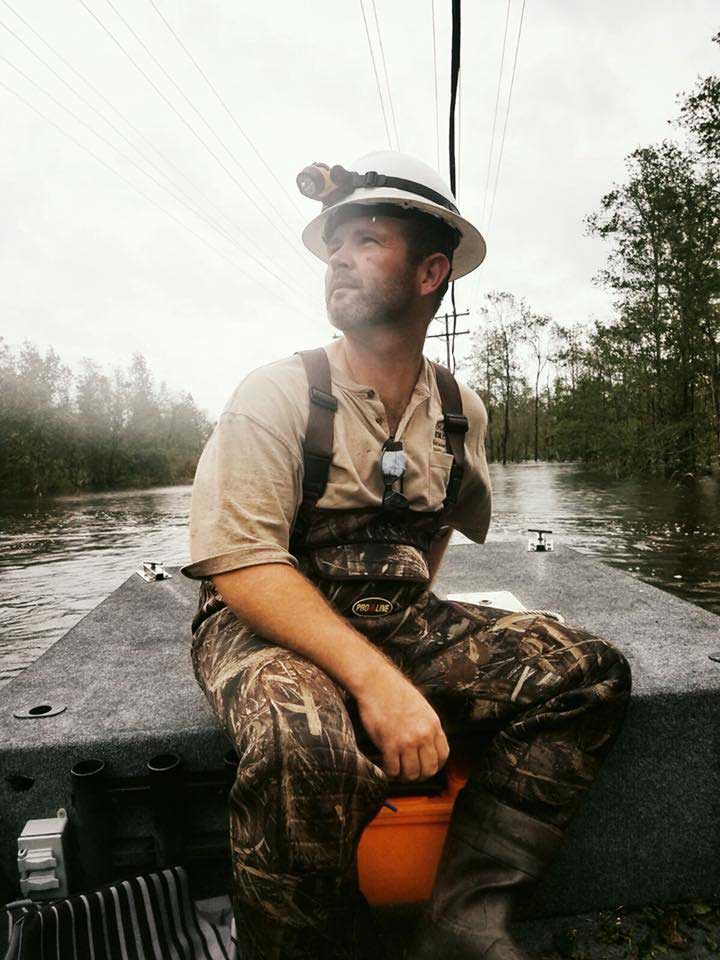 Working around the clock to support power restoration efforts can be especially difficult for those employees affected by the storm themselves. Many left family members at home, hearing reports of power outages and damage to their own homes while staying focused on tasks at hand.

Guadalupe Torres, one of LREMC’s Spanish-speaking call center workers, lives with her special needs granddaughter and grandniece. They used a generator to run feeding and breathing machines until power could return six days after the storm struck. Meanwhile, Torres worked from 7 a.m. to 11 p.m., sleeping in her office while not on the phone. She provided reassurance to distressed members who called looking for answers, assurance and a supportive voice on the end of the line.

“One man can only do so much. But a team, now that’s another story,” said BEMC Line Technician Robert Cartrette, discussing work to restore power throughout his own community. “It’s not about numbers, not addresses, but people. People we know — our neighbors.”

Though Florence’s impacts persist, many co-op members had power restored quickly and were able to get on with their lives and recovery. Within a week, hundreds of thousands of outages had been reduced to 12,700, which were also soon restored. With restoration work complete, co-op employees were able to return home, assess damage and begin to move on.

“Several of our employees suffered losses and real hardships during the storm, but continued to put service to others before self,” said BEMC Marketing Communications Supervisor Heather Holbrook. “We were all focused on doing our jobs during the storm, and part of that focus included supporting our crews with everything they needed — even an encouraging note tied to their clean laundry. The little things matter.”