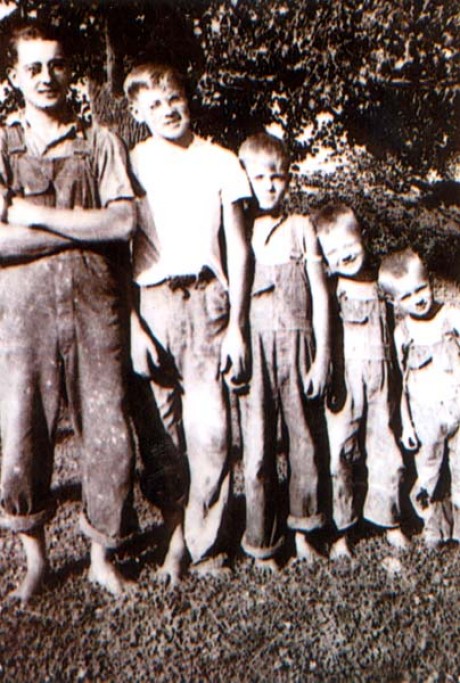 This picture was taken in the mid-1930s. These are my five brothers who served in WWII. There were also five girls in the family for a total of 10. We grew up in Michigan on a 40-acre farm. The oldest, James, served in Germany. The second in the picture is Robert, who served in the Army Engineers and placed pontoons over waterways in Belgium and Germany so troops could cross into battle areas. Next, George Jr. served in the Philippines. Henry was an airborne radio operator in combat areas in Vietnam, Philippines, Okinawa and Manila. Philip, the tiny one, served in Puerto Rico. My four sisters, three of whom were nurses, had to join the Cadet Nurses Corps and worked in veterans hospitals in Ohio and Kansas. In those days, families who had a son in the service had a small flag with a star on it in their front window. Our flag had five stars.

All the boys returned home safely except James who lost a finger. The girls in the family were Frances, Agnes, Mary, Edna and Grace.