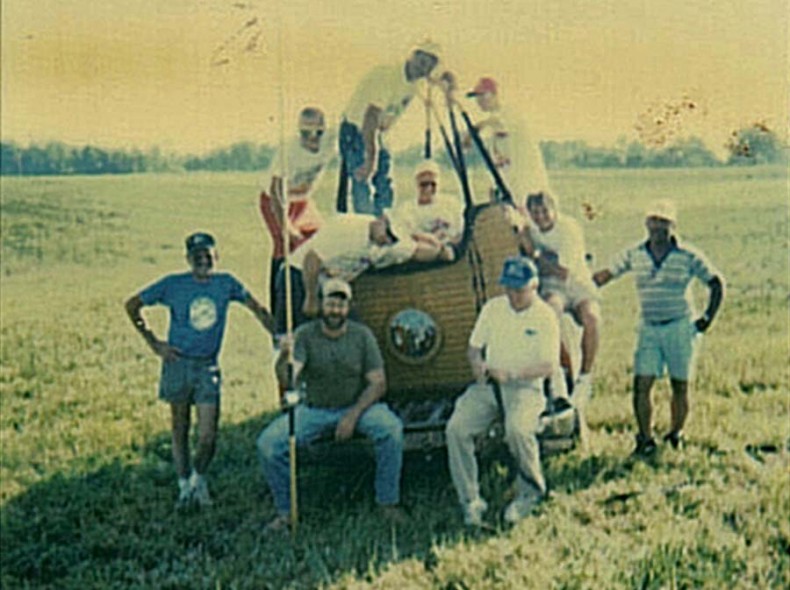 I’ve surf fished for those big Cape Hatteras red drum for 40 years. Often you have to make a long cast to reach them. On May 16, 1993, I was practicing my long cast in a field beside my home in Linwood, Davidson County, when I looked up and saw the Cape Hatteras lighthouse. I figured that I’d been in the sun way too long.

But sure enough, there was a North Carolina hot air balloon, painted with the Cape Hatteras lighthouse, and it was in trouble and about to crash. It was falling fast, headed to my shop, barely missed the power lines, crash landed then turned over in my field about 60 feet below the shop. Stunned, I ran to it, certain to find the pilot dead or badly injured, but out he crawled no worse for wear.

About 10 minutes later, four trucks of his friends pulled alongside the old dirt road to disassemble the balloon and basket. The pilot was Chip Parks. Before leaving, they took a picture of me holding my big surf rod along with the crowd of rescuers. They joked about what bait I used to catch it.