Any town that celebrates pickles is worth a visit. Mount Olive, a town of about 4,500 people located in eastern North Carolina, plays host to the 30th Annual North Carolina Pickle Festival on Friday and Saturday, April 22–23, 2016.

The town uses its favorite food item as the impetus to get the community together. According to Lynn Williams, public relations manager for the Mt. Olive Pickle Company and a festival co-chair, “the festival is a mix of street fair, community festival and family reunion.” 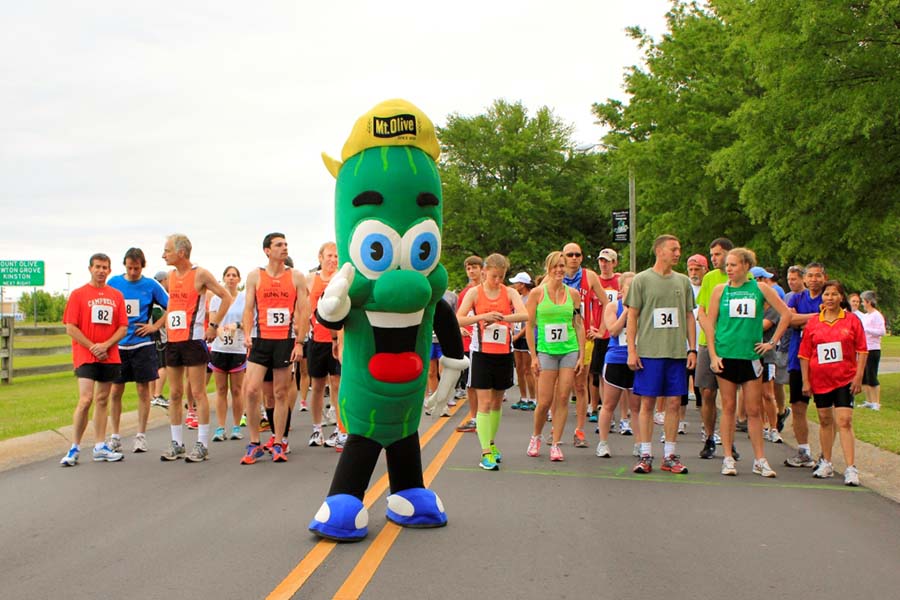 As part of that celebration, two days are packed with fun and festivities, including the Tour de Pickle, a 25-, 50- or 75-mile recreational bike ride, a Cuke Patch 5K, live entertainment, antique farm equipment display, juried art show, mascot races of nearby businesses and organizations (including Ollie Cucumber), food vendors, a pickle-packing production challenge, pickle-flavored food, a pickle derby, an old car show and lots more activities designed to draw people to the downtown.

A company and town grow from cukes

As the festival celebrates its 30th year, Mt. Olive Pickle Company, formed in 1926 and named for the town, celebrates its 90th year. In the 1920s, a bumper crop of cucumbers so prolific they were rotting in the fields prompted a Lebanese immigrant, Shickrey Baddour, to brine the cucumbers. The idea grew into a local business, with people getting together to form and grow a company that has since put the Mt. Olive name on store shelves nationwide. 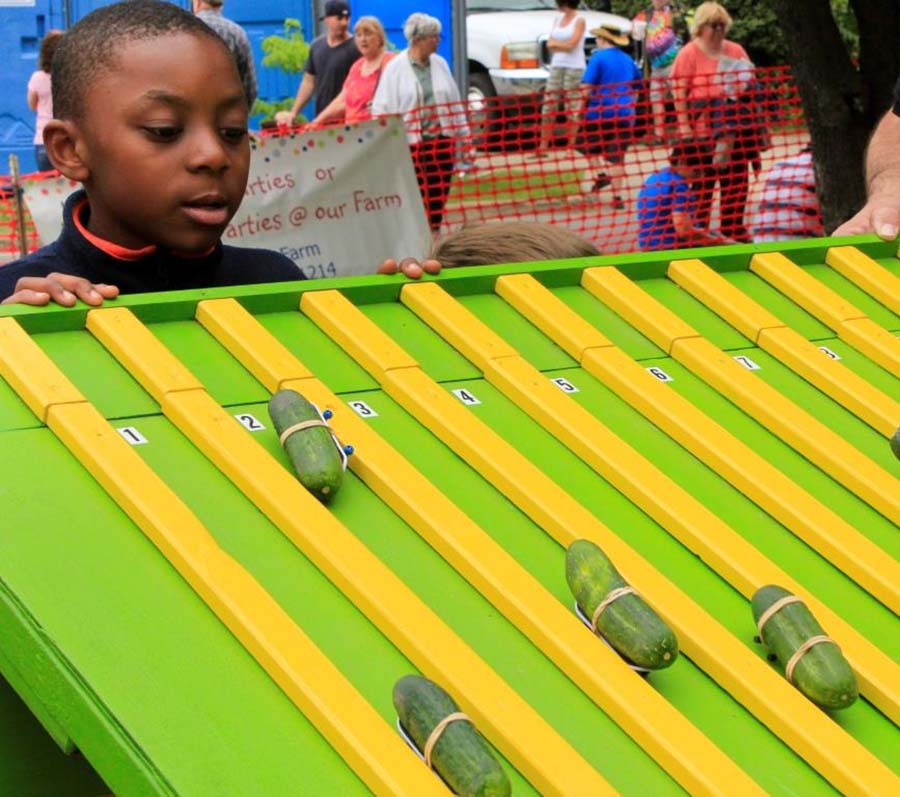 According to Williams, there were 37 original shareholders who invested about $19,500 and produced about 6,000 cases the first year. The company now produces 14½ million cases each year, which amounts to about 140 to 145 million jars. The company employs more than 500 workers year-round and about 300 to 350 more during the peak summer season.

Mt. Olive is the largest independent pickle company in the United States and the second best-selling brand in the country, with all the manufacturing based in Mt. Olive. The company continues to buy cucumbers (about 56 million pounds) from North Carolina farmers and they have extended their sourcing to other states to support year-round production.

To show their community support, the company is a proud sponsor of the festival, with numerous employees participating. The company sponsors a pickle booth where it showcases a few of its products. “You can eat all the pickles you want,” says Williams.

The company also sponsors a student art contest, which is on display at the festival. With its pickle theme, the company purchases some of the winning pieces to hang in its headquarters.

It seems fitting that this pickle town’s annual festival now is one of the sites for a naturalization ceremony, considering the genesis of the pickle company was the idea of an immigrant. This year, 32 people will be sworn in as United States citizens during a ceremony at 9 a.m. Saturday morning, April 23. 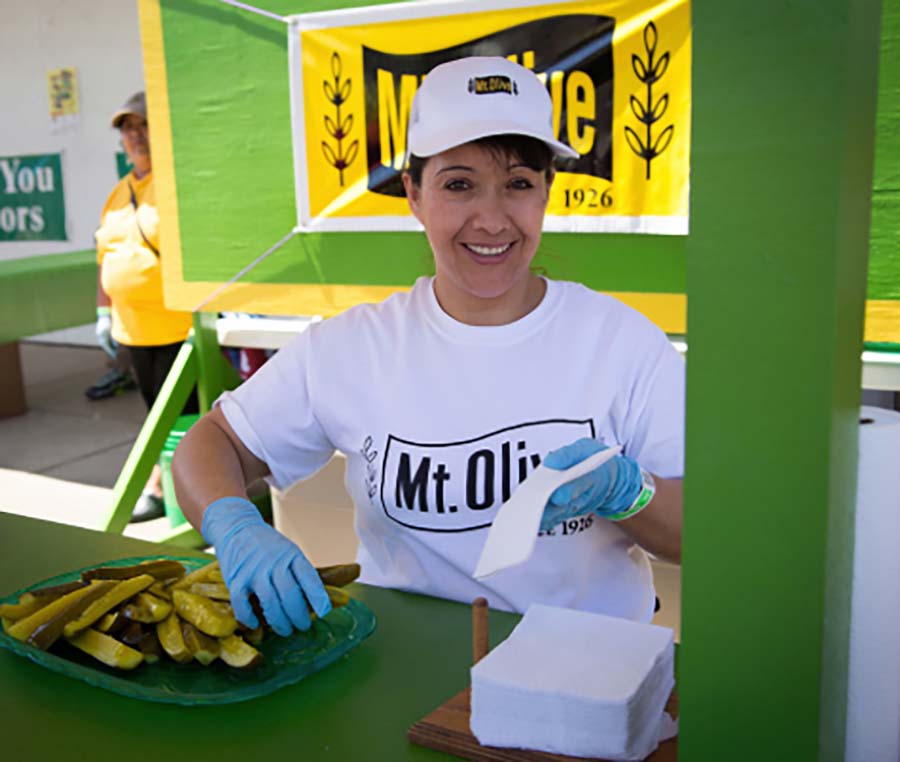 Each year the festival adds new features, grows and changes. Williams gives credit to Julie Beck, who has been chair of the festival for 22 years. Beck, president of the Chamber of Commerce, clearly relishes her role in making the festival a fun community event.

A world traveler, Beck is always on the lookout for ideas to incorporate in the local festival. While she can spout off a long list of activities and features of the upcoming festival, she is proud of the festival’s contribution in promoting agriculture in the region, making an economic impact and showcasing the town of Mount Olive. “It draws our community together,” she said.