Remembering the San Ciriaco Hurricane of 1899 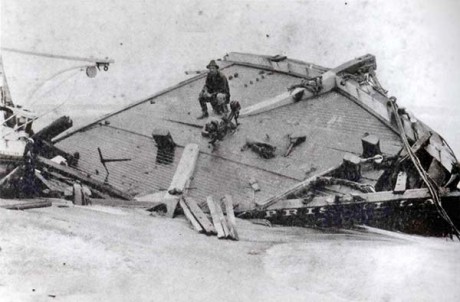 Rasmus Midgett on deck of the wrecked Priscilla.

Two events this month will commemorate a hurricane that devastated the barrier islands of North Carolina’s Outer Banks 115 years ago.

It was a time when the only warning of an approaching hurricane came from seasoned residents who sensed a storm by observing a changing sky, increasing winds, rising tide and falling atmospheric pressure. Such warnings were not enough to prepare residents from Emerald Isle to Nags Head for the San Ciriaco Hurricane of 1899. On August 8, the storm rammed Puerto Rico as residents marked the Feast of San Ciriaco, killing more than 3,000 people. On August 17 and 18 it terrorized the Outer Banks. The San Ciriaco is widely considered the worst storm to hit the U.S. Atlantic coast, and is on record as the longest-lasting Atlantic cyclone, finally drifting off the northeast coast August 24 and dying southwest of Ireland September 4.

On the North Carolina coast, the U.S. Weather Bureau station in Hatteras Village measured 100 mph winds and gusts to 140 mph before its measuring equipment blew away. Seas inundated nearly all buildings on Hatteras and Ocracoke, and they destroyed all of them on Shackleford and Core Banks. Dead livestock floated on the tide along with dislodged caskets and shattered boats.

In his book “North Carolina’s Hurricane History” (UNC Press, 2000, uncpress.unc.edu), Jay Barnes relates several harrowing stories from the storm. One is about 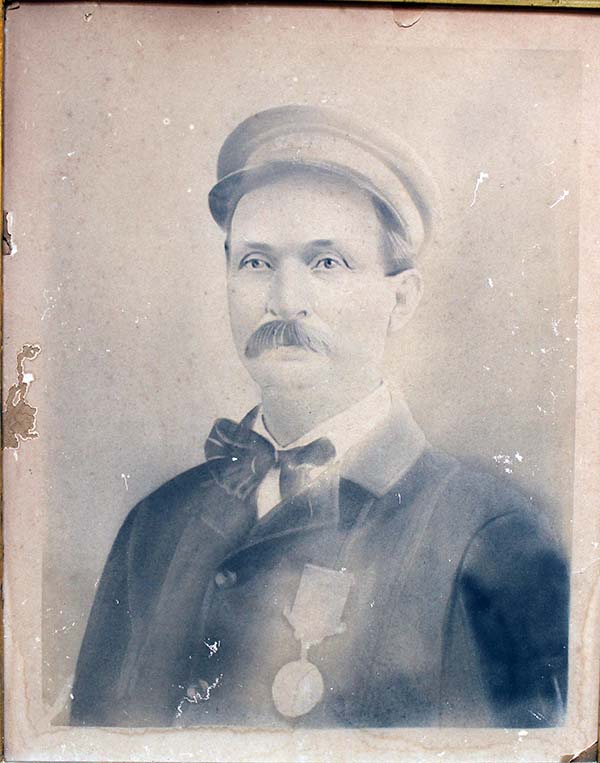 For rescue of the Priscilla crew in 1899, surfman Rasmus Midgett was awarded a Gold Lifesaving Medal by the U.S. Secretary of the Treasury.

Cape Lookout as it looked six years before the storm.

20 Down East men on a two-week mullet-fishing trip in the sound off Swan Island, northwest of Cedar Island. Tossed for hours in their small skiffs by high winds on August 17, they tried running to the mainland during a lull. But ferocious wind returned, surging the Neuse River right at them, and 14 were lost, 10 from Sea Level and four from Stacy.

Another well-known incident of the 1899 hurricane occurred in the pre-dawn hours of August 18 when Rasmus Midgett, a surfman with the U.S. Life-Saving Service at the Gull Shoals station (near Salvo, Hatteras Island), saw wreckage on the beach and heard cries of distress offshore. The 643-ton American barkentine Priscilla earlier had broken up at sea — one of seven ships lost in the storm — and 10 of its crew clung to pieces of the ship tossing in the surf. Rasmus Midgett single-handedly brought the 10 to shore, one by one, performing what the Coast Guard considers one of the greatest rescues ever.

Events and exhibits will recall how the 1899 hurricane was the final blow for the people who lived on Shackleford Banks (at Shackleford on the west and Diamond City, near Cape Lookout Light). Following a trend that began a few years before, they shipped what remained of their houses and property across the sound to begin anew on Harkers Island, in Marshallberg, or in communities they made at The Promise Land in Morehead City and Salter Path on Bogue Banks. Activities will include historical displays, traditional music, crafts and storytelling, trips to the Wade’s Shore cemetery and Cape Lookout, lunch and supper on Saturday, and dinner-on-the-ground Sunday afternoon.  Sponsored by the Promise Land Society, the Salter Path Historical Association and the Core Sound Museum.

The Rasmus Midgett Rescue of the Priscilla Crew

Hear the remarkable story, with intricate details bringing it alive, from the unique perspective of Hatteras Island native Ernie Foster, great-grandson of Rasmus Midgett. For more information: (252) 987-1552 or
chicamacomico.net