The World Made Straight

A movie thriller made in western North Carolina premieres this month 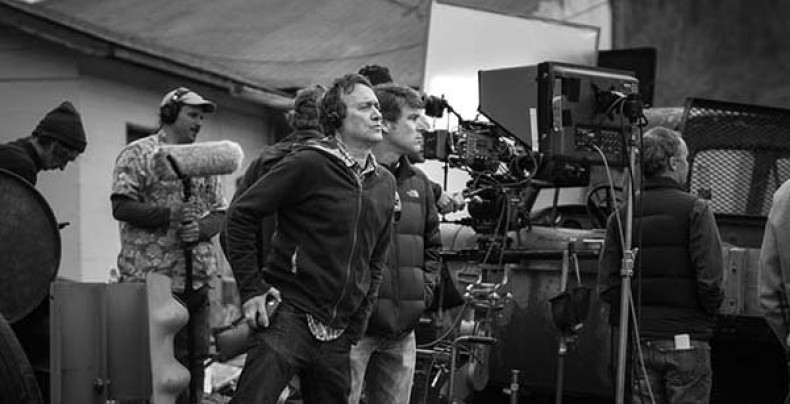 A new film to be released this month, "The World Made Straight," is a coming-of-age thriller set in 1970s Appalachia. The film examines the powerful role that a Civil War massacre had in dividing a rural community, and was filmed in western North Carolina.

The film is based on the prize-winning novel by Western Carolina University professor Ron Rash. It follows the life of a troubled high school dropout named Travis who, after stealing some marijuana plants, has a savage run-in with the crop owner. After moving in with a wrongly disgraced teacher, their fates become ensnared as their community's terrible past and corrupt present lead to a violent reckoning. The movie has an R rating.

Shooting locations were in the counties of Madison, Haywood, Buncombe and Henderson. Viewers will enjoy beautiful shots of the Blue Ridge Mountains and Pisgah National Forest, and may recognize scenery in the towns of Marshall, Weaverville, Leicester, Fletcher and Black Mountain. Secondary filming areas were Mars Hill, Arden, Candler, Swannanoa, Mills River and Hendersonville.

Until shooting "The World Made Straight," David Burris served as executive producer on the reality TV series "Survivor." He earned his bachelor's degree at UNC-Chapel Hill and a master's degree from Wake Forest University. A longtime fan of Rash's acclaimed lite

rature, Burris felt a deep connection to the characters in "The World Made Straight." The book is about people born into a harsh worl

d who must wrestle with hard choices, said Burris. "I know these people ... I know what is in the cupboards of their kitchens and under the seats of their pick-up trucks."

Rash was equally pleased with Burris' decision to option his novel and create the film. "One thing that really impressed me is how perfect the actors got the western North Carolina accent and almost invariably actors get it wrong every time," Rash said. "That's the kind of care that David brings to the movie as a native, going so far as to even bring in the right kind of hound dog."

Burris and his lifelong friend, producer Michael Wrenn, resolved to make their North Carolina film back in 2009. Wrenn and feature film producer Todd J. Labarowski (both of whom have strong North Carolina ties) produced the movie.

The film is set to open in select theaters and to be available on Video On Demand (VOD) starting Friday, Jan. 9. The DVD comes out Feb. 17.

Editor's note: At press time, the premiere locations in North Carolina were not yet known. For updates.