An excerpt from a new illustrated history book about the southern Outer Banks. 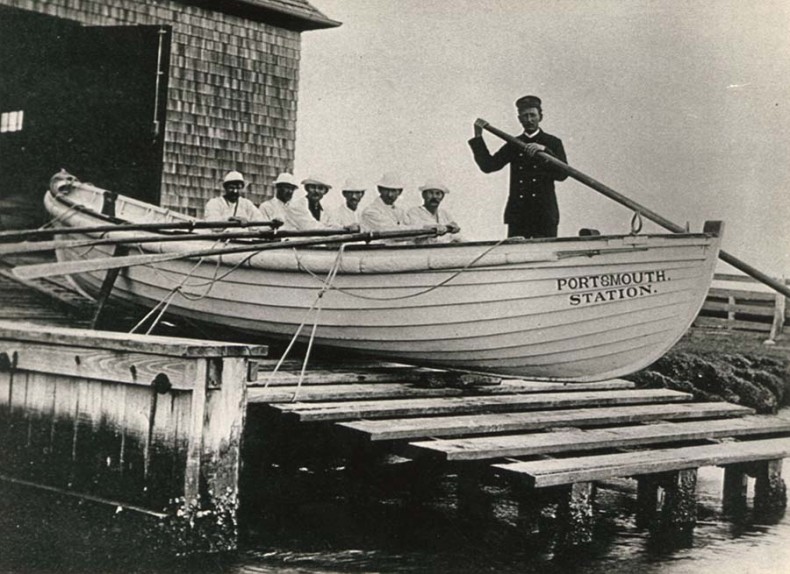 Established by the N.C. General Assembly in 1753, the town of Portsmouth at Ocracoke Inlet was a key point of entry to the state for ocean-going shipping. After hurricanes altered the inlet and the Civil War took its toll, the community of more than 600 residents began leaving. Today the area is preserved by the National Park Service. 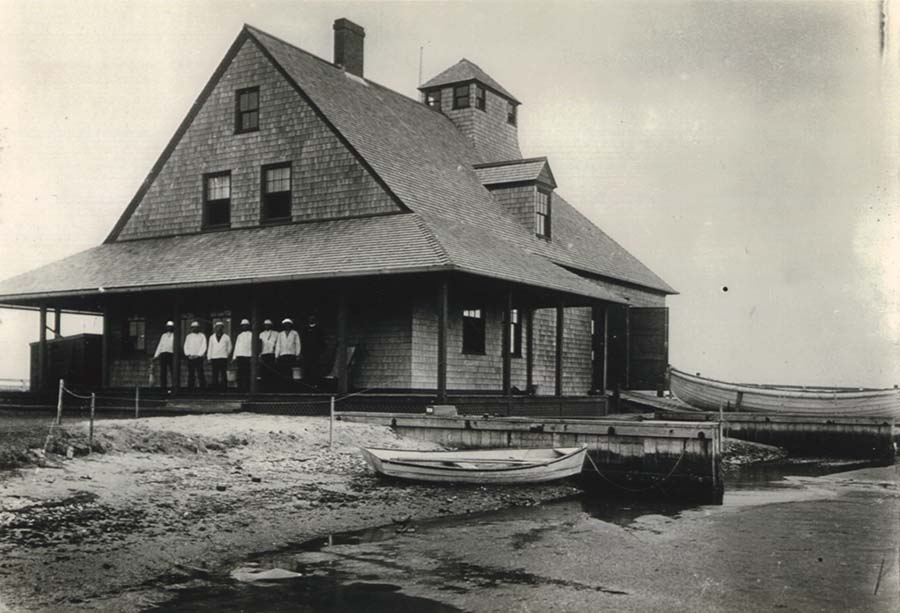 ...The Portsmouth Station [first occupied in 1894] was patterned after the Quanochontaug-type Brant Rock Station in Massachusetts. Shingles entirely covered the building. The so-called “Shingle-style” stations constructed during this era were well suited to the harsh weather of the Outer Banks.

Below the tower on the first floor is the boat room, where doors and ramps on the east and west sides provide easy access to boats and rescue equipment. From the east side, boats could be launched directly into the water. Boats on a beach wagon and rescue gear could exit the west side also.

The keeper’s quarters and crew gathering room are on the ground level. Initially, the station had an indoor kitchen (galley) in the gathering room. The second floor provided sleeping and storage facilities for eight surfmen. A second smaller sleeping compartment was for shipwreck victims. The attic was used for storage.

The Monomoy surfboat, named after the Massachusetts island of the same name, was similar to the double-ended whaling boat. It could be rowed or sailed. The boats varied in design, but most were lapstrake or “clinker-built” hulls, normally built of juniper with white oak frames. They were typically 23 to 27 feet in length, 6½ to 7 feet in width, weighed 700 to 1,100 pounds and had a relatively shallow draft. The keeper steered while six to eight surfmen rowed. A surfboat could carry 10 to 12 people, as well as the crew. By 1910, The Life-Saving Service was converting to powered surfboats and lifeboats. In 1912, Portsmouth acquired its first powered boat.

...Note the heavy long oars and brass oarlocks. Around the gunwales (tops of the sides) is a padded bumper. This was to minimize impact when alongside a distressed vessel in rough seas. Also, note the sagging ropes hanging over the sides. These were lifelines for seamen being rescued to grasp, as well as for the life-savers, if the boat capsized.