Do You Know… That NC’s Oldest Newspaper was Printed in 1751? - Carolina Country
Tar Heel Tidbits
January 2020

Do You Know… That NC’s Oldest Newspaper was Printed in 1751? 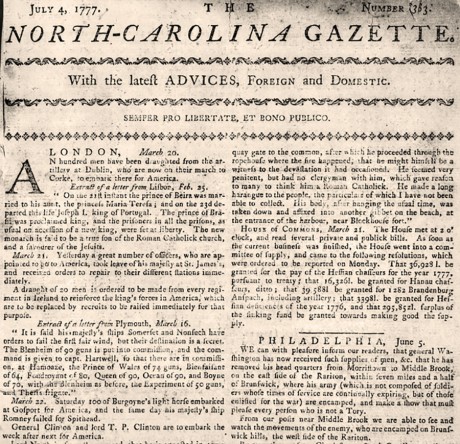 “The newspaper, unlike modern print papers, did not have headlines or much local news,” explains the NC Department of Natural & Cultural Resources. “It focused mostly on international news and the arrivals and departures of ships.”

Davis served as the colony’s public printer until 1782, and aside from difficulties issuing the Gazette following a storm in 1769 and during the Revolutionary War, he kept issuing the newspaper until just before his death in 1785.

The paper appeared in another form between 1786 and 1798, when it was used by another printer to promote the Bill of Rights and other causes.