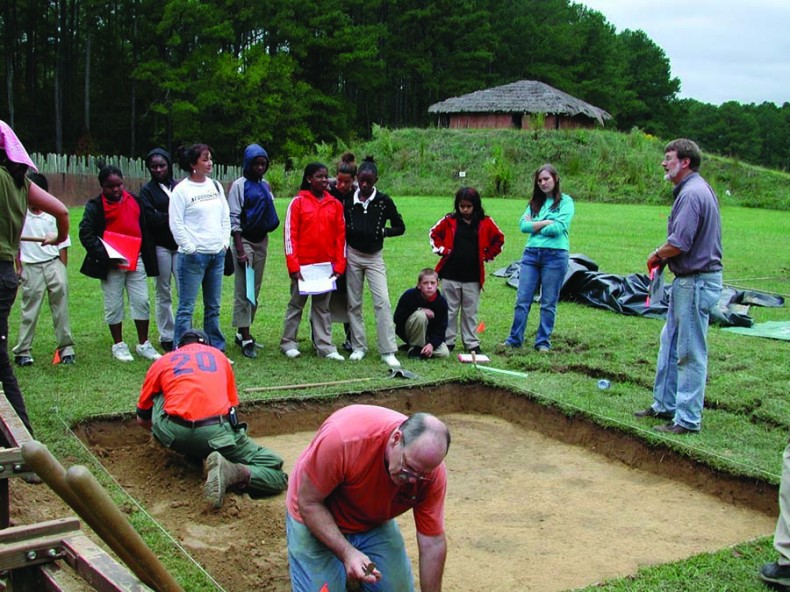 For more than a thousand years, Indians lived an agricultural life on lands that became North Carolina. During the 11th century A.D., a new cultural tradition emerged in the Pee Dee River Valley. Called "Pee Dee" by archaeologists, it was part of a widespread tradition known as "South Appalachian Mississippian." Throughout Georgia, South Carolina, eastern Tennessee, western North Carolina, and the southern North Carolina Piedmont, the culture gave rise to complex societies.

Indians of the Pee Dee culture built earthen mounds for their spiritual and political leaders, traded widely, supported crafts and celebrated a new kind of religion. You can learn about their culture at Town Creek Indian Mound, where they built a political and ceremonial center on a low bluff overlooking the confluence of Town Creek and Little River.

The reconstructed village site is 5.5 miles from Mount Gilead in Montgomery County. It includes a townhouse atop a man-made earthen mound, an east lodge, a mortuary and a game pole all enclosed with a protective stockade. There’s also a modern visitors center, orientation video, exhibits, guided or self-guided tours, picnic area and nature trail. Long the site of fruitful excavations, digging continues on a limited basis but the archaeological focus has shifted to outlying Pee Villages without mounds. 910-439-6802 or towncreekindianmound.com