A few facts about ceiling fans 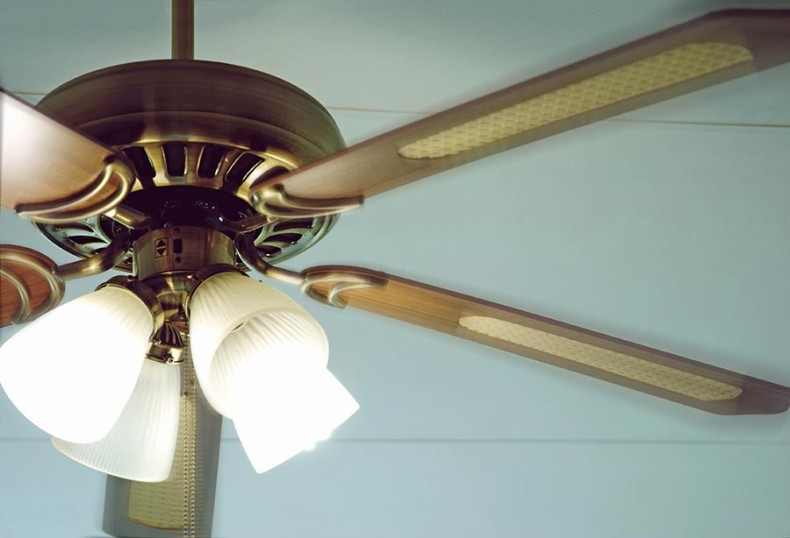 Ceiling fans have been helping Americans beat the heat for more than 100 years. Philip Diehl, a contemporary of Thomas Edison, is credited with being the inventor of the electrically powered ceiling fan in 1882. Diehl used the electric motor he engineered for the Singer sewing machine, added two paddle-blades and the rest is history. The fans caught on fast, and Diehl didn’t stop there. He improved his design by adding a light kit. By World War I, most ceiling fans were revving up with four paddle-blades rather than two.

An important reminder about ceiling fans is they do not provide refrigerated cooling like an air conditioner. Instead, they simply move air in proximity to the fan. This movement of air from the electromechanical device is called convective cooling. The movement of air is no different than folding a piece of paper and fanning your face. This past winter, Mother Nature was dishing out lots of convective cooling. You may recall the weather forecasters cautioning us about wind-chill factors. Whether produced by wind, ceiling fans or a piece of paper, air moving across our skin will evaporate the moisture produced by our bodies, which makes us feel cooler.

Research shows that more than 75 percent of all homes in the U.S. have ceiling fans. When used correctly, they can help lower summer cooling costs and make the air near the fan feel cooler than it actually is. Using ceiling fans in conjunction with your air conditioner creates a wind-chill effect inside your home. The energy-saving idea is to run your ceiling fan at the speed of your liking and simply raise the set point of the thermostat 3 to 5 degrees. Do keep in mind, your comfort is a personal choice, so the recommended fan speed and thermostat settings are not set in stone.

A frequent question asked about ceiling fans is: “Which direction should the paddle-blades spin during the summer months?” Looking at the fan from below, your fan needs to spin counterclockwise in order to push the airflow downward. The opposite, or clockwise, applies for the winter. However, some people do not enjoy air movement from a ceiling fan during the heating season.

There is a downside to using ceiling fans. They can rack up unnecessary kilowatt-hours when no one is around to enjoy the breeze. Many homeowners have the idea they are somehow helping to cool the interior even while they are away from the home. Left on and unattended, ceiling fans are just spinning up your electric bill.

Furthermore, an invisible culprit emitted from ceiling fans is unwanted heat gain generated from the spinning motor. Remember, the last thing we want in our homes during the summer is additional heat. Unnecessary heat gain makes our air conditioner work harder to keep our homes cool. Ceiling fan motors generate temperatures that can reach near 130 degrees. While this operating temperature is normal and safe, it does add heat to your dwelling. A simple flip of the switch or pulling the chain into the off position when you are away or not occupying the room is a cool summer energy tip.