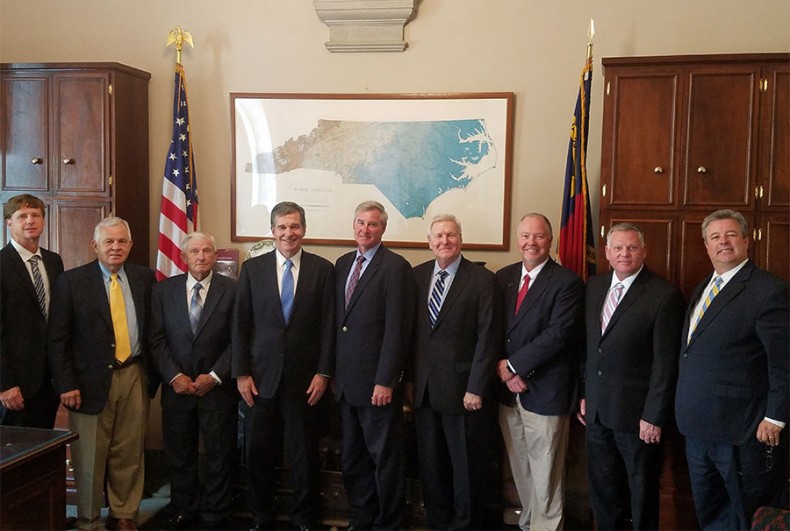 Electric cooperative leaders sat down with Governor Roy Cooper for an initial meeting on June 19. The group discussed issues important to electric co-ops and the communities they serve.

“The governor was engaged and interested in learning about all the technical advances and cost-saving measures electric cooperatives are implementing,” said Dale Lambert, North Carolina Electric Membership Corporation board president and CEO of Randolph EMC in Asheboro. “I thought it went very well.”

“North Carolina’s electric co-ops are national leaders in providing cutting-edge, innovative energy solutions for their members.” said Toby Speaks, North Carolina Association of Electric Cooperatives board president and president of Surry-Yadkin EMC in Dobson.” It was an honor to share with Governor Cooper the collective progress we have made in our endeavors to improve the quality of life in our rural communities.”