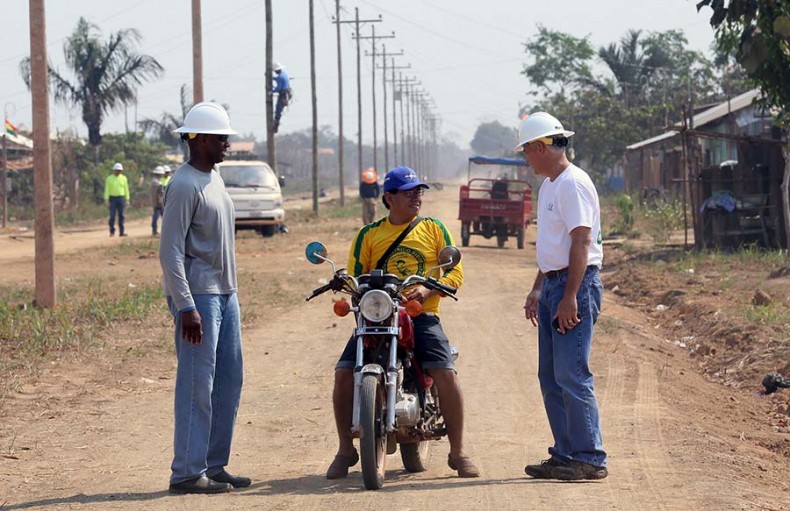 Wynn (L) and Oklahoma Association of Electric Cooperatives general manager/CEO Chris Meyers stop to talk to a resident of the newly energized town.

More than 300 families in Northern Bolivia have spent the past months discovering life-changing ways electricity can be used in their homes, thanks to the efforts of 15 electric cooperative volunteers. Through the NRECA International Foundation, a team of volunteer linemen and engineers from Oklahoma’s and Missouri’s electric cooperatives joined forces to electrify two villages in northern Bolivia, working from August 1–14. 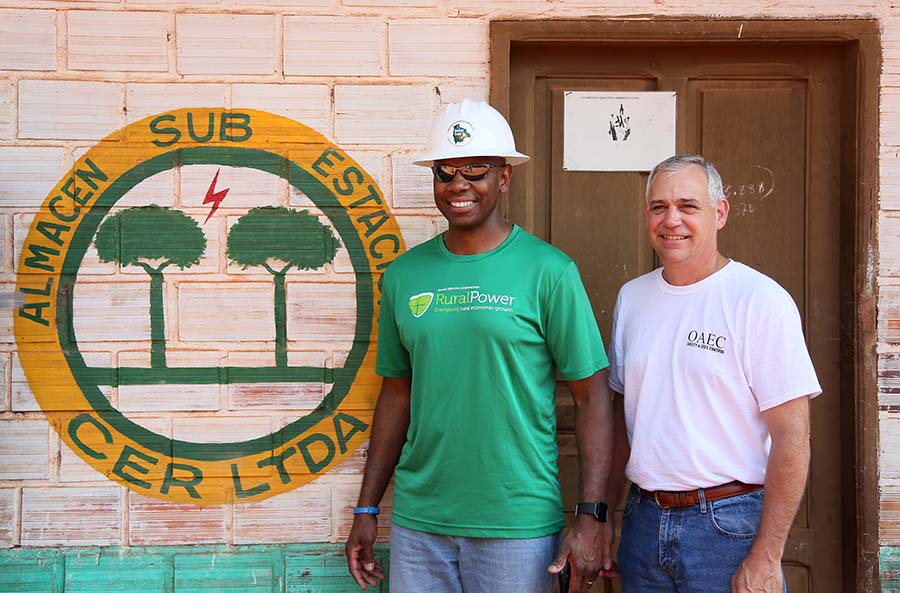 Roanoke Electric Cooperative CEO Curtis Wynn traveled to Bolivia to witness the lighting ceremony through his role as NRECA board secretary-treasurer.

“It is an eye-opening event to see people who live without electricity get it for the first time,” Wynn said. 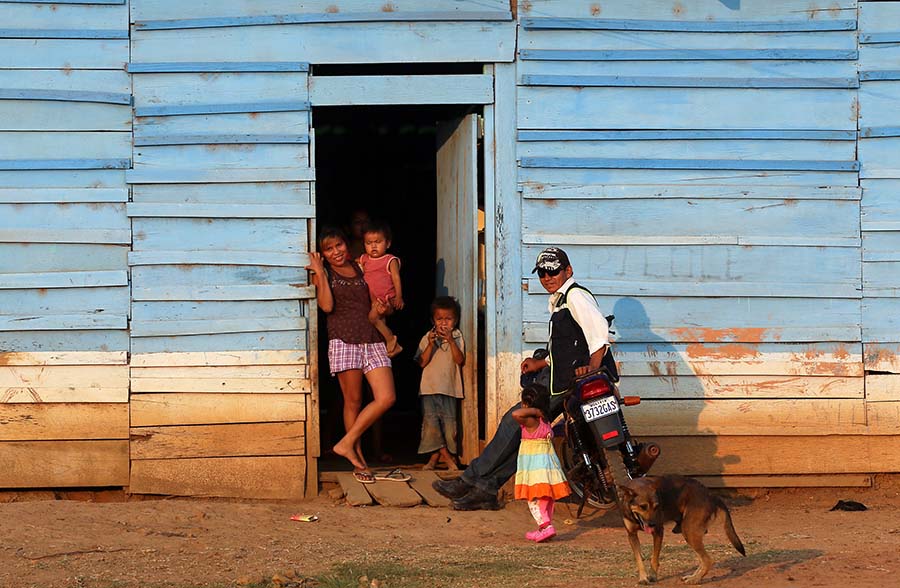 A home in one of the villages that received power for the first time, thanks to electric co-op volunteers.

The new infrastructure will be maintained by the local electric cooperative, Cooperativa Eléctrica Riberalta (CER), which also serves the nearby city of Riberalta. CER is one of the few electric service cooperatives to survive the Bolivian electric market restructuring in the 1990s, and now serves 18,000 member-owners with 85 percent of the residential owners living in an urbanized area and 45 percent in suburbs. Ongoing technical assistance, education and support provided to CER by NRECA International is allowing the cooperative to improve and expand its electric grid to ensure the area’s sustainability and economic vitality.