Crews responded to repair damage done by an industrious beaver 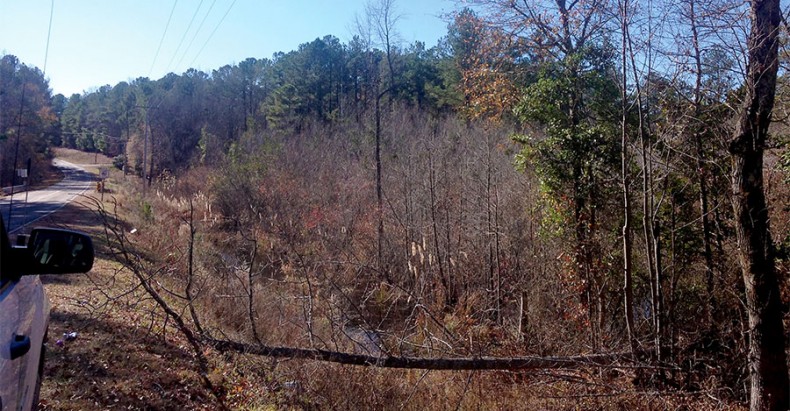 Nationally, about 10 percent of electric co-op power outages are caused by animals. North Carolina’s electric co-ops deal with their share of animal-related outages, including those from squirrels, birds, snakes, raccoons, nesting insects — even cows (which get some amount of satisfaction from scratching their backs on the guy-wires used to add stability to power poles).

“Animal related outages can certainly be unique,” said Dale Lambert, CEO of Asheboro-based Randolph EMC. “We had a member a few years ago who was experiencing a higher than usual number of outages. When we investigated, we found that his large bull had been rubbing against the guy-wire in his pasture, causing the conductor to hit together and blow the fuse on his line. To this date, he still thinks I was shooting him a line of — well, you know. But I witnessed it with my own eyes when I worked in the field as a lineman.” 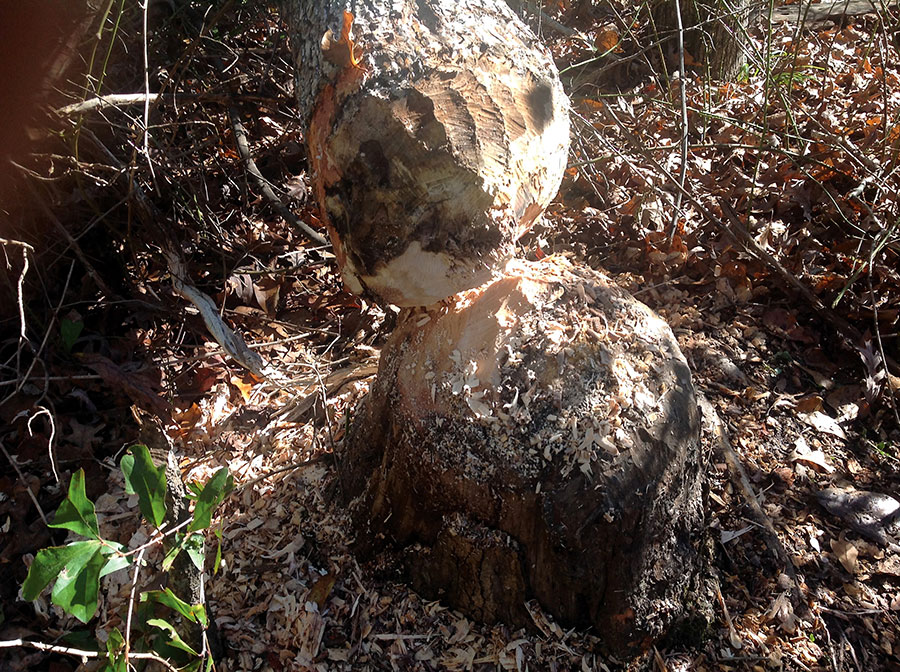 The perpetrator left irrefutable evidence at the scene.

Randolph EMC added a new one to its list on December 12.

“At 9:55 that morning, a large outage occurred, affecting 377 members in the Eastwood/ Murdocksville area of Moore County. Our crews responded to the outage to find a tree on the three-phase line,” Lambert said. “This, in and of itself, is not unusual. But the reason the tree fell was unusual. One of the expert tree fellers of the animal kingdom — a beaver — turned out to be the culprit.”

The perpetrator left irrefutable evidence at the scene (see photo). Randolph EMC crews responded quickly, however, and power was restored in 37 minutes. 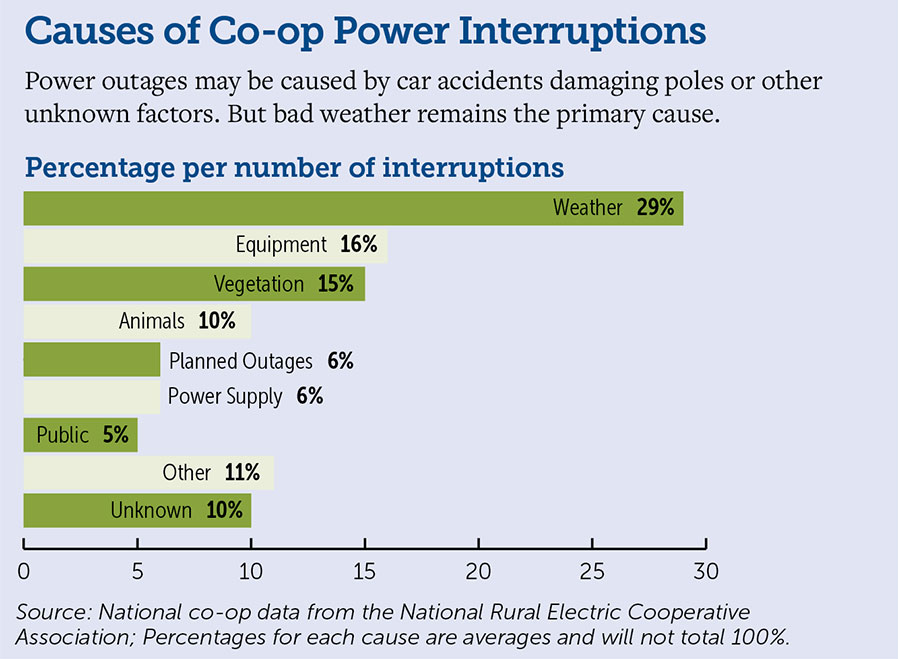