Simmons races to the finish

Lineworkers from across the state gathered in Raleigh in September for the 15th biennial Pole Top Rescue Competition. Competitors at the statewide event represented those with the best time with fewest errors from local competition at their electric co-ops.

“You have the cream of the crop here representing co-ops across the state, and I think they’ve done an admirable job,” said Randolph EMC CEO Dale Lambert, who served as master of ceremonies at the event. 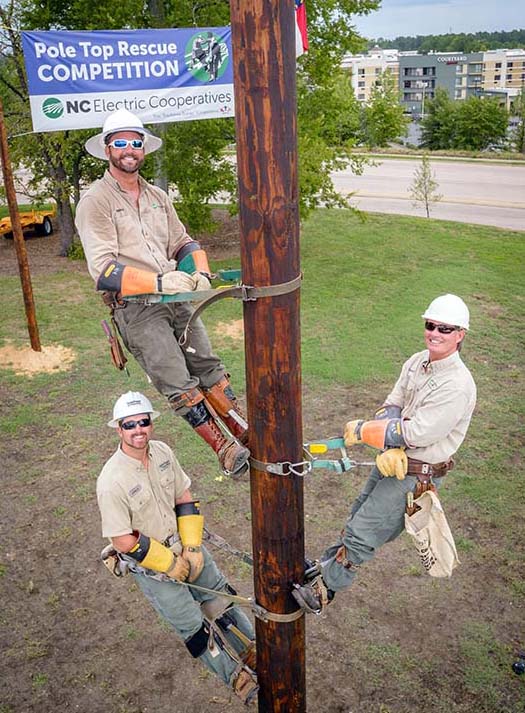 The competition reflects a scenario in which a coworker is in need of rescue from atop a power pole. A lineman (the competitor) recognizes a victim (a 105-pound dummy nicknamed “Kool”) in trouble on a power pole and calls for assistance. Wearing full climbing gear and tools weighing up to 20 pounds, the lineman scales the pole to 20 feet, lowers Kool, and begins lifesaving procedures. All steps require specific activities, which are strictly enforced by judges.

“This competition focuses on the most important job a lineman can do: Working safely,” Lambert said. “It also gives the public some sense of what it takes to work safely while keeping the lights on.”