Watts Led the Way for Women in D.C. 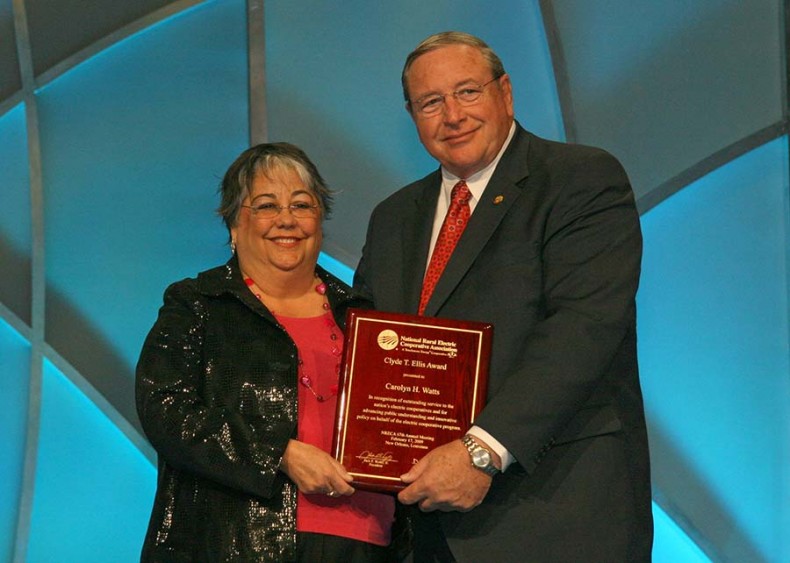 Watts forged a career in government relations at a time when few women worked as lobbyists. In 1975, she joined the newly-founded Women in Government Relations and helped expand the group to more than 700 members. At NRECA, where she began as a lobbyist in 1977 and became legislative director a few years later, she handled issues relating to taxes, telecommunications and pole attachments.

Equal treatment in rural areas was a passion of hers, said Watts’ colleagues. One of her most significant accomplishments was leading the legislative charge in 1987 that led to direct broadcast satellite TV in rural areas, including the launch of DIRECTV.

“Carolyn was a pioneer for not only women in the cooperative network, but for fighting for rural members to have the same opportunities as others — for both telecom services and enhanced electric service,” said Nelle Hotchkiss, who succeeded Watts as senior vice president, corporate relations. “There were a lot of firsts that came with Carolyn.”