Crocheting Warmth for Those in Need

The Catawba Crafters have handcrafted thousands of items 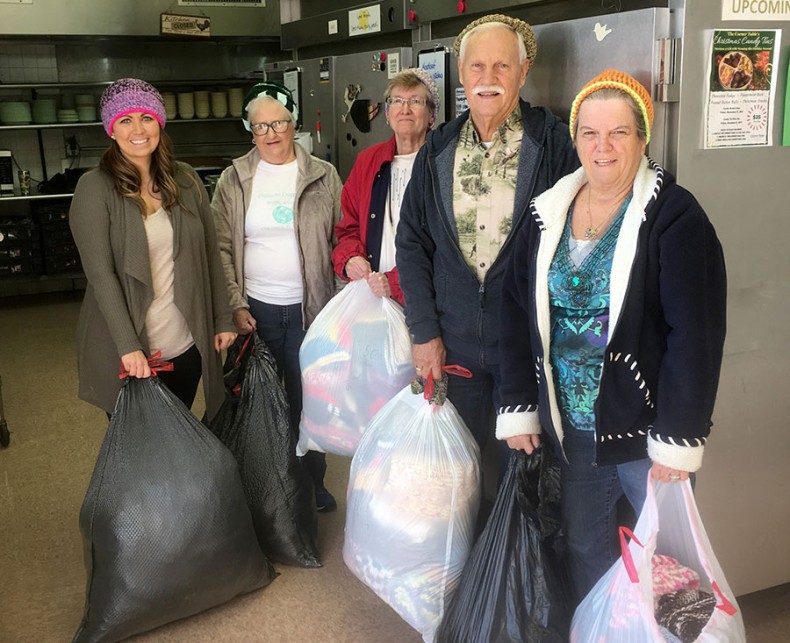 On most Monday evenings in a small library in the Mountain View community near Hickory, a group of 15 to 20 men and women are crocheting. The crochet group, known as the Catawba Crafters, boasts almost 200 members, both men and women, ages 15 to 80.

In just four years, members have created and distributed more than 7,800 items to local homeless shelters and soup kitchens, hospital neo‑intensive care units, cancer treatment centers and nursing homes, with more than 2,100 items by the end of 2017 alone.

The group recently donated 600 hats to two soup kitchens in Catawba County over the Christmas holidays. The creations are distributed throughout the Lincolnton/Newton/Hickory area, into surrounding towns and counties.

What began almost 30 years ago with just a mother and daughter helping those in need has turned into quite a production.

I co-founded the group with DeeDee Griffis. But it all began in 1985 when my mother, Earlene Propst, and I decided to help the local homeless by crocheting and handing out hats. We would drive around town after working second‑shift hours handing the hats out to the homeless, many of whom had been discharged from Broughton Hospital with nowhere to go but the streets. The group now also creates and distributes chemo hats, lap afghans, scarves, wheelchair shawls, palm protectors and baby beanies. We crochet washcloths that double as medicine bags for missionary groups who go to places such as Haiti. We basically make any needed item that can be crocheted. All of this is done through the kindness of those who crochet and those who donate yarn to us. 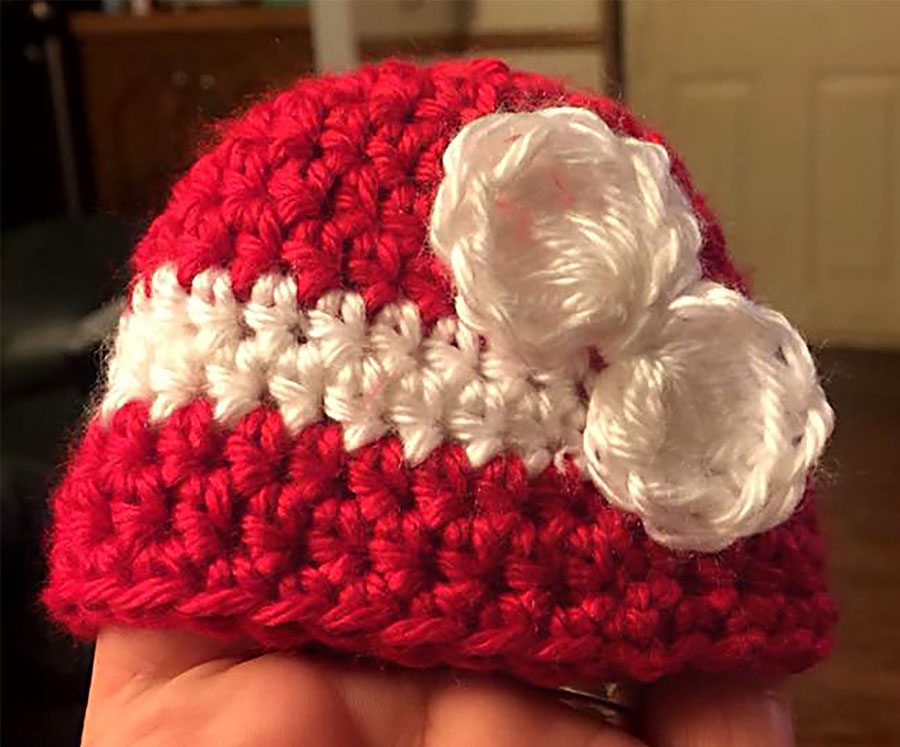 Crocheted items include these tiny hats for newborns in neo-intensive care units.

Our little group of “Old Hookers” love what we do to help those in need and love the looks on the faces of the people who receive the items.

Recently, a homeless man who received a hat asked about the bottom two rows of reflective yarn on his hat. I explained that we add a row or two of reflective yarn to make the wearer a bit more visible in car lights when walking at night. I noticed a tear running down his face. He said he was a Vietnam Vet and was used to people avoiding him because of being homeless, but this helped him realize that there are people who still care enough to make his life a bit easier.

Anyone could go buy a ‘boggan for a dollar or so, he said, but to know that there are people who actually take the time to crochet it and then add reflective yarn to make him safer, made him feel all warm inside.

This is why we do it. We show people that there are folks who care and want to make their lives a bit easier.

Jo Boone is the co-founder of Catawba Crafters. For more information or to donate yarn, contact Boone at gretchengirl@gmail.com.