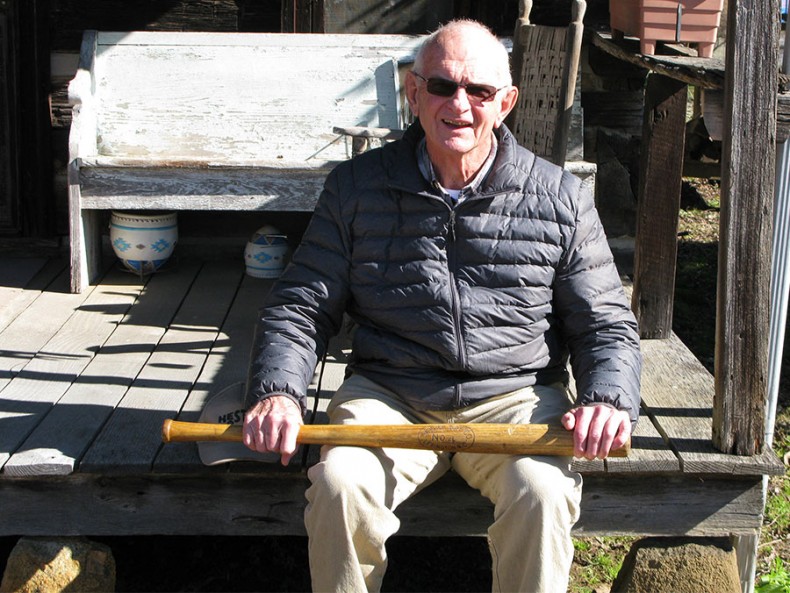 Donald McRay Snyder, the grandson of the late Ray Snyder, poses with a vintage Snyder Slugger.

It’s hard to beat a good old-fashioned trip to the ballpark where you can enjoy the thrill of a ballgame while feasting on hot dogs, popcorn and soda. One North Carolina family — the Snyders from the West Davidson area near Lexington — made a unique mark on this all-American pastime.

The Curran Snyder family was a notable and distinguished family from Reeds Crossroads. A love of baseball along with carpentry skills led two of the Snyder boys, Earley and McRay (Ray), to establish the Snyder Bat Company of Reeds Crossroads in March 1922. 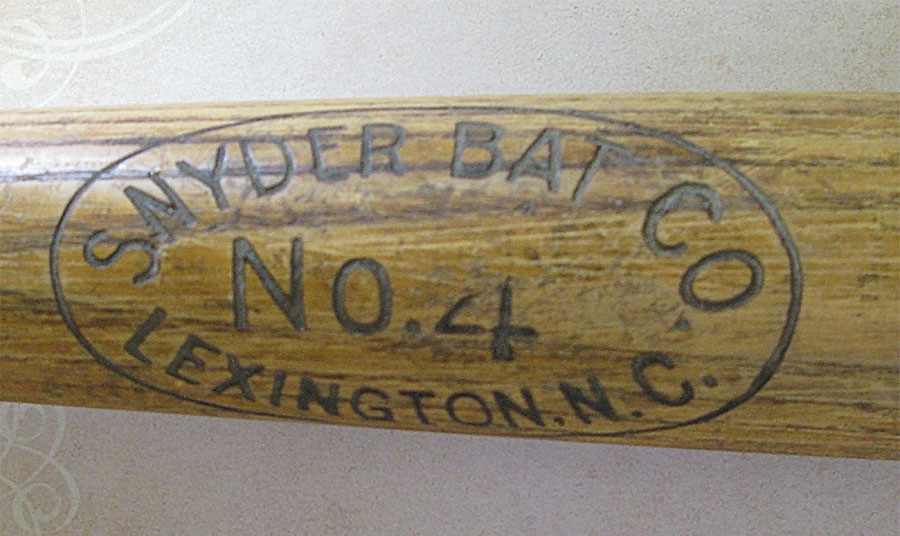 Their business produced yo-yos and bats, described by Donald Snyder (Ray’s grandson) as made of superior construction and turned from the most beautiful ash procurable, obtained by horse and wagon near the Yadkin River area.

The labor-intensive tradition continued for several years, and the company received many contracts with big-league teams. Rumor has it North Carolina baseball legend Johnny Temple started his career using a Snyder bat.

Sadly, as time passed, the bat-making era of the Snyder family history came to an end. The company closed, and their small brick-and-mortar business fell by the wayside.

But keep an eye out for Snyder bats and yo-yos —the Snyder legacy lives on with each one found and preserved.