The Value of Electricity Continues to Shine - Carolina Country

The Value of Electricity Continues to Shine 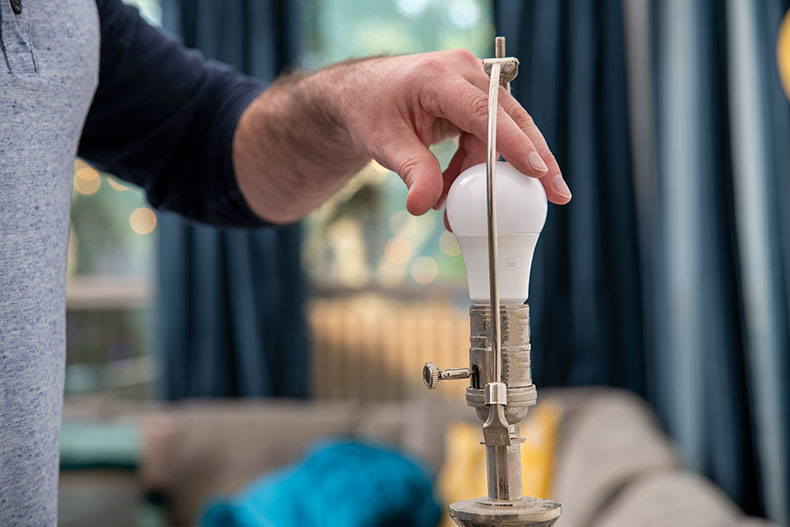 Today, electricity does a lot more than just keep the lights on. It keeps us connected to our modern world. Consider all the necessities and conveniences we enjoy in part because of the power lines running to the electric meter outside your home.

Count up your televisions, desktop, laptop and tablet computers, printers, your gaming consoles, music and video players and personal assistant devices. Whether they get used every day or just occasionally, the electricity that keeps them working comes from Randolph EMC.

Have you looked around your kitchen lately? Between the coffee maker and toaster and the microwave and electric skillet, a lot of us have added several other modern small appliances.

If you’ve got a craft nook or workshop, the power tools and machines you use to cut and shape your projects are either plugged in or recharged from the outlets connecting your household wiring to Randolph EMC.

You use electricity to run all these devices, and still keep the lights on, use the stove, heating and air conditioning, and get hot water from the tap. The good news is, even as we rely more on electricity, it’s still a bargain, especially compared to other things we pay for regularly.

Since 2011, medical care, residential rental rates and education have increased at rates of three percent or more per year. Butter, meat and egg costs have been up by more than one to two percent annually, and even bread costs have risen more than a half point on average.

Electricity costs rise about one percent a year, but co-ops across the country have reported a decline in average residential use per household since 2010. That means we’re doing more things with less energy.

Electricity costs rise about one percent a year, but co-ops across the country have reported a decline in average residential use per household since 2010. That means we’re doing more things with less energy.

Randolph EMC encourages energy efficiency and promotes tools and technology designed to give members more control over their electricity use to help reduce the co-op’s overall power demand. These tools also give you opportunities to trim your monthly utility bills.

That’s good for families and individuals trying to live within their budgets. And it’s going to become even more important as digital devices and internet-connected technologies become even more prominent in our lives.

The average home now has 10 Wi-Fi connected devices. Technology and its functioning gateways that use electricity keep it working, so we know you depend upon Randolph EMC for more than the power that keeps the lights on.

That’s why we’re always working to provide service that’s reliable, affordable, and even more valuable to our members— you, your family and your neighbors.

Visit Manage My Energy on RandolphEMC.com for additional ways you can save energy and money at home, like 101 Ways to Save Energy & Money and discounted rate options.