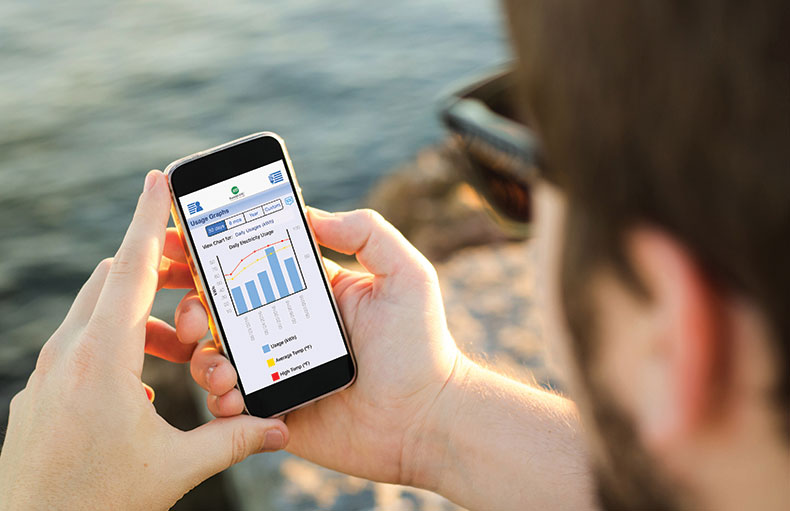 Randolph EMC has launched a new podcast called Randolph Electric RE-Connect, a tool to reach our members in a new way. Through the podcast, we seek to connect you, our member-owners, with your cooperative by providing educational content and promoting energy savings. We hope that you enjoy the stories we will feature from our members and employees. 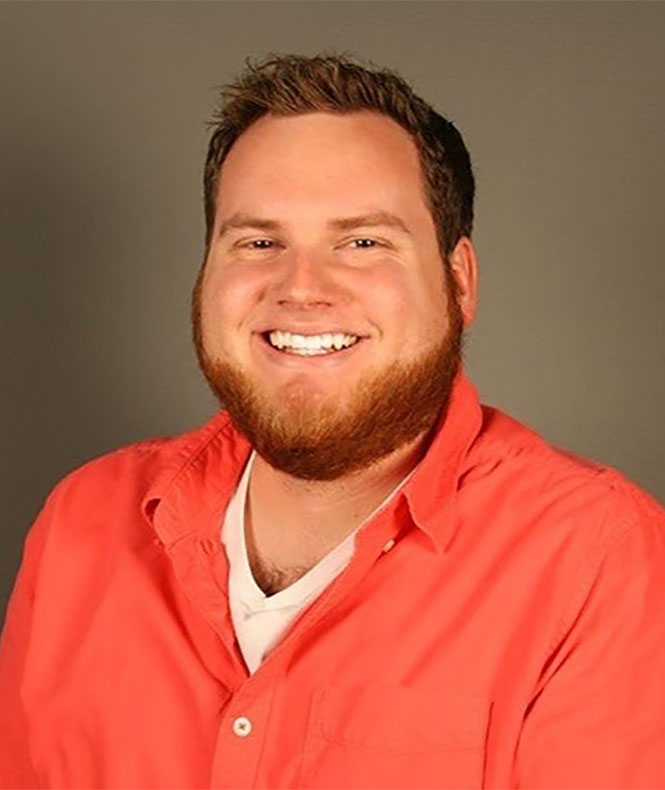 Patrick is a new to our cooperative and had signed up for high usage alerts when he became a member. Little did he know that within his first month of becoming a cooperative member, this alert would save him significant dollars on his power bill.

This question-and-answer session provides a short recap, but to hear the full interview, you can listen to the podcast episode here.

Q. Patrick, are you from our area?

A. I grew up in the Randolph County area, went away for college and moved around for some other jobs, but I’ve been here most of my life. It’s good to be back here.

Q. How long have you been working as Chase Matthews at The Wolf radio station in Greensboro?

A. I’ve been there about six years, and I moved into the Randolph EMC service area at the end of July.

Q. Had you ever been a member of an electric cooperative in the past?

A. No, I had not. I didn’t know that there was a difference between a power company and an electric cooperative until now.

Q. What makes you say that there is a difference? What cooperative difference have you experienced in your short time as a member-owner of Randolph EMC?

A. I had no idea that electric cooperatives were so high-tech and had tools that would save me a ton of money on my electric bill and provide such a high level of service for members.

Q. Earlier this fall, some of our employees heard you on the morning show, and you spoke about receiving a high usage alert on your phone. Will you explain to us what happened?

A. I was doing a show on a Monday, and it was around 6:30 in the morning when I received a text on my phone from a number I did not recognize. The message said something like, “Your daily use has gone over the threshold of $12 a day and increased to around $16!” I had been in my new house about two weeks, so I was very concerned. I thought I knew how much our bill would be at the end of the month, and this was not how I thought things should go. 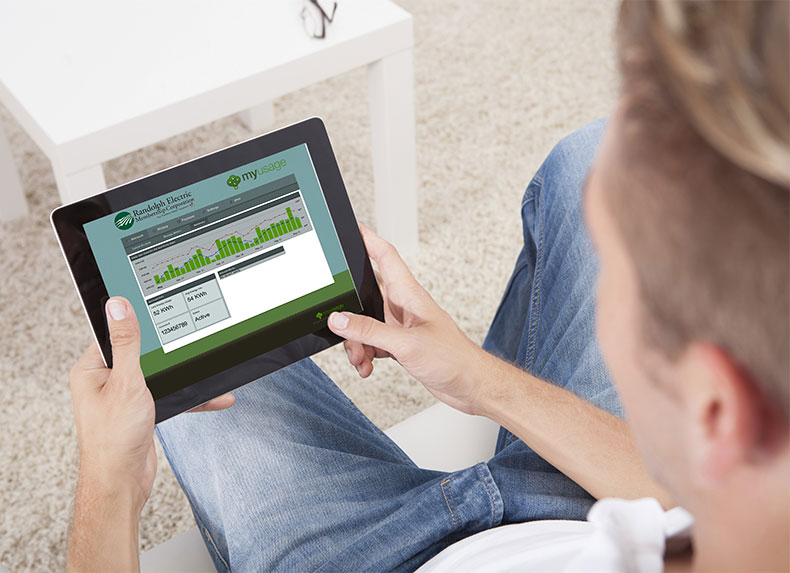 Q. What did you do then?

A. After the show ended, I called the Randolph EMC number and spoke with Energy Advisor Brooke McNeill. This was my first conversation with Randolph Electric where I had a concern. I was worried that I may not even get a person on the phone and maybe a cooperative might be too small of a company to know how to help with my problem. I was thinking, “Are they even going to care?”

Q. What did you find out?

A. Right away in the first 30 seconds on the phone, I realized there was more care and appreciation for the member than I have had previously had with any power company. While we were on the phone, Brooke was able to pinpoint exactly when my usage started going up significantly. Brooke said my usage had shot up around 10 p.m. the previous Saturday night.

Q. What did you think could have caused this strange uptick in energy usage?

A. I started replaying Saturday night in my mind, and I remembered that my wife had asked me to increase the temperature of the water heater. So I rummaged around under the house in the crawl space and cranked the water heater up a bit. That was the only thing I could think of that had changed. But I hadn’t turned it up a lot, so I did not think the water heater was the problem.

Q. What did Brooke tell you to do about this?

A. Brooke asked me to keep everything the same at home, do the normal things we would do, and that at the end of day tomorrow, she would call to tell me what she thought could be the culprit. I was happy because I didn’t have to worry about being in a long phone line while waiting for an answer. I really couldn’t believe Brooke was going to stay on top of this and call me back.

Q. What did Brooke say when she called you back?

A. She thought it was the water heater. So we decided that I should crawl back under the house and turn the temperature back to where it had been before to see if this would help. When I got down there, I noticed the thermal paper on the ground was damp. That was not good. The closer I got, the more I could feel a steamy heat coming toward my forehead. Then I realized that under the base of the water heater there was nothing but hot water—steamy, hot water flooding all over this corner of the house!

Q. What did you do then?

A. My Dad came over, and we realized the pressure valve had popped open and the water was spewing out the back of the water heater. So for a day and a half, there was a constant flow of water, making the area under the house like a sauna.

Q. How did you solve the problem?

A. We popped the valve back, turned the water heater back down to a reasonable temperature, and I came back and checked it the next day. It wasn’t leaking anymore. Then Brooke called me on the third day to say that she could see everything was back to normal.

Q. If you had not received a high usage alert, what would have happened?

A. I would not only have had a high power bill, I could have sustained damage to my house! The high usage alert saved us.

Q. How did you know to sign up for high usage alerts in the first place?

A. Before moving into the area, I just picked up the phone and called the Randolph EMC number and asked how to become a member. The process was really simple and only took about five minutes. I remember that Member Service Specialist Marcela Rodriguez brought up high usage alerts and signed me up for them. I’m so glad she did!

High usage alerts save you more