The Importance of November 3rd

A Word About Randolph Electric From CEO Dale Lambert
October 2020 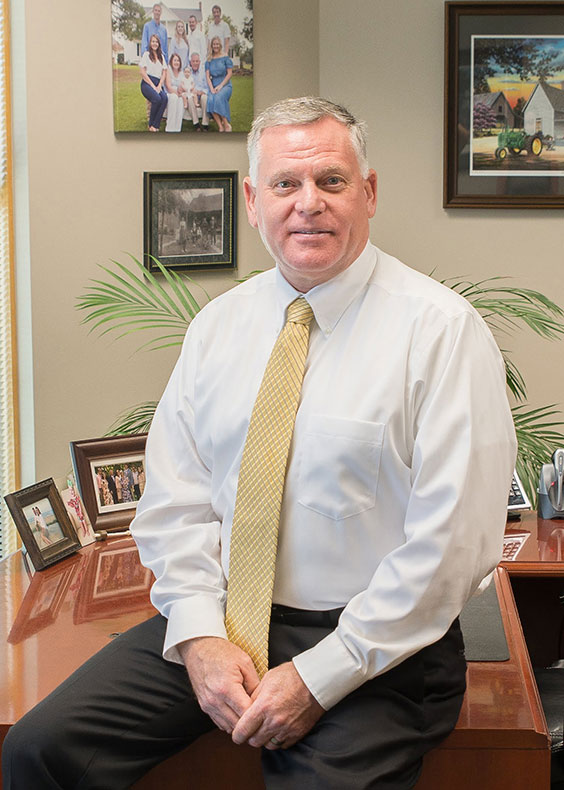 We are nearing a critical time in the life of our nation. The upcoming election is a time when we select citizens, from among us, to be our representatives and leaders in government. In this month’s Watts Working, we have provided you with a listing of the legislative candidates that wish to serve you, our members, in Raleigh and Washington, D.C. I want to encourage you, if you are not already, to be part of the election process.

Why should we vote? In a free country, where the citizens have the opportunity to choose their governmental leadership, it would seem this would be a question that is asked only by a few. You would think the masses would know the answer without giving it much thought. But sadly, that is not the case.

First, the opportunity to have a voice in the election of our governmental leaders came at a tremendous price. Through the centuries, from the first struggle to gain our freedom as a sovereign nation, to the many wars and conflicts, men and women have faithfully answered the call of sacrificial service to our nation. They placed themselves in harm’s way so we would have the privilege to exercise the most basic, yet most profound, act of democracy — casting a vote. Many brave men and women have served, suffered, and some have even paid the ultimate price — they gave their lives to preserve the freedom and liberty that we, as a nation, take for granted more and more as the years go by.

Second, we should set the example and expect our young people to become a part of the election process. We should teach our children and grandchildren about the responsibility that is expected from the citizens of a free nation, voting on every Election Day. If our younger generation understands what is expected and why it is important, they will be more engaged.

Some say, “I’m only one vote. My vote doesn’t count.” All elections begin with that first vote. It is just as important as the last one cast. After an election, there are many reports of races being won and lost by just one vote. When I hear these reports, it reminds me of the importance of being involved in the process.

According to data from the United States Census Bureau, in the 2016 presidential election, only 61 percent of eligible citizens voted. That data also shows that as we age voting becomes more important. In 2016, 71 percent of citizens 65 years and older voted. But for the 18 to 29 age group, only 46 percent voted. We can do much better than that!

When we fail to vote, we miss out on the special opportunity to shape the future of our local communities, state and nation. America is facing great challenges domestically and abroad. All of us should exercise our right to have a voice in the future direction our great nation should go. We are actually giving up part of our freedom when we neglect the privilege we have as Americans to participate in the electoral process.

For your convenience, we have included a list of candidates for our service area and their campaign websites so you can do your research to determine where they stand on issues that are important to you. Just showing up and randomly making selections is not the most prudent practice.

Don’t leave democracy to someone else. That person or group may not share the same morals, ideas and concerns that you do. President Dwight D. Eisenhower once said, “Politics should be the part-time profession of every citizen.” President Thomas Jefferson stated, “We in America do not have government by the majority, but government by the majority that votes.” These statements hold true today.

Be a voice in this upcoming election. The survival of America and our future liberty depends on you. Your vote does count!

Cooperatively Yours in Safety,

Randolph EMC members will choose from these candidates when voting in the upcoming election. 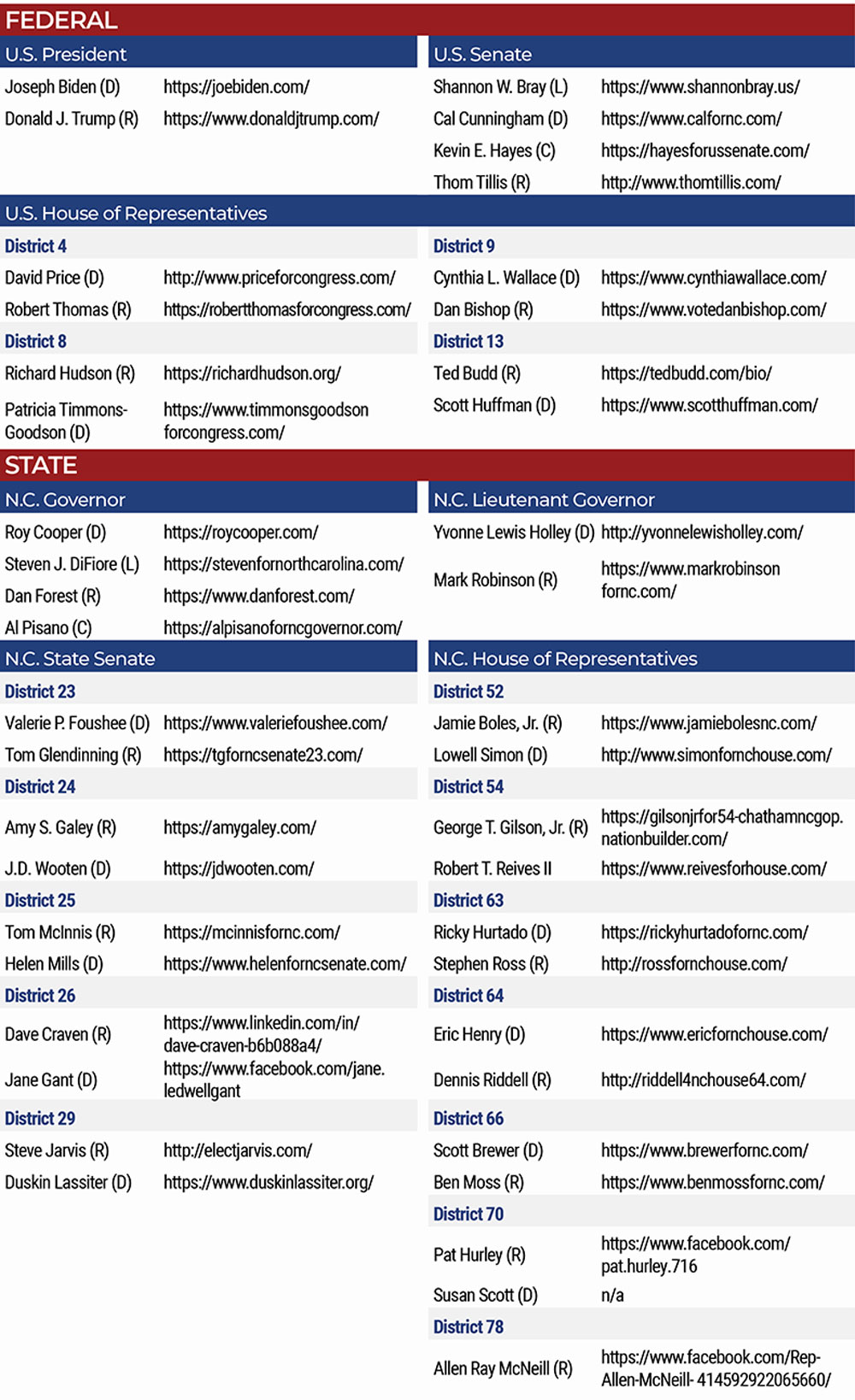