On the Hunt for Legendary ‘Cue

Everyone loves a scavenger hunt, and what better list to check off than one that involves vinegar-based, wood-smoked barbecue goodness and locally-brewed beer? Those up for the challenge can obtain the little brown booklet called a “PassPork,” which lists barbecue restaurants and breweries along the Pitt County Brew and ’Cue Trail. 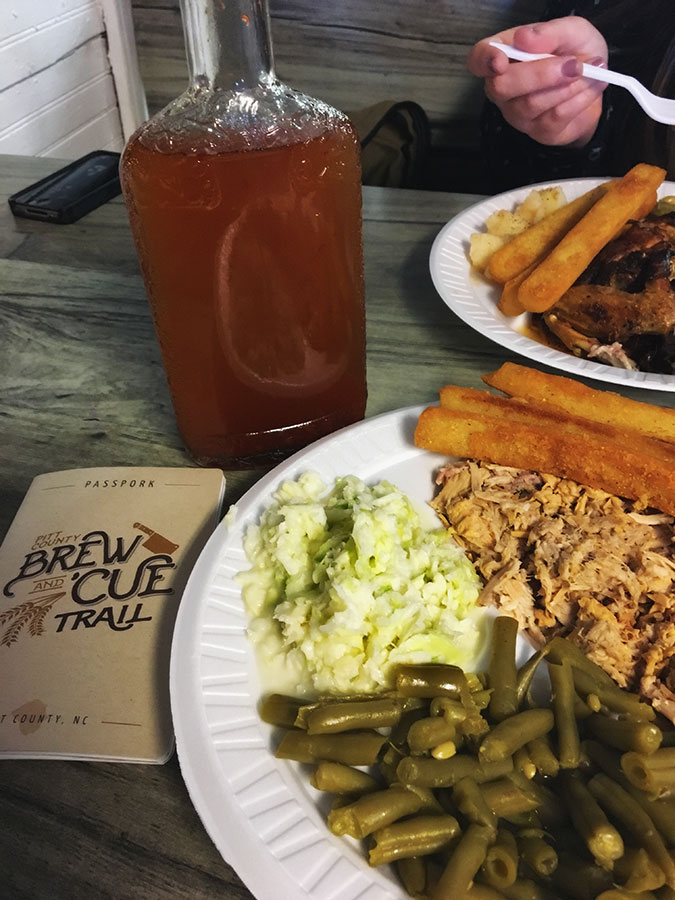 If you need an incentive other than good food and drink, collect stamps at each location, show your completed list at the Greenville-Pitt County Visitors Center and take home either a trail T-shirt or pint glass. But bring cash for your meal — no checks or credit cards are accepted at most of the BBQ stops.

The capital of Eastern North Carolina BBQ, and some say “ground zero,” is undoubtedly the Skylight Inn in Ayden, where the Pete Jones family has been serving up wood-smoked barbecue with just a hint of crackling for more than 70 years. Some say the Jones family started the pit-cooked goodness back in the early 1800s, and the old traditional ways continue. Grandson Sam Jones opened his own smokehouse BBQ restaurant in Winterville, Sam Jones BBQ, where he’s added a few twists on classic dishes. Also in Winterville is Moore’s Old-Tyme Barbeque, owned and operated by the Moore family, continuing a tradition of serving fall-off-the-bone, slow-smoked pork.

In downtown Ayden, you can find Bum’s Restaurant, where the Dennis family has been serving wood-smoked pork with a bit of crackling in each scoop of ‘cue since the 1960s, with the family tradition also dating to the 1800s. Locals also consider it the best place for country-style food, including collards.

Out in Farmville, Jack Cobb and Son Barbecue Place occupies a brightly painted building at the edge of downtown. This place is all about staying low-key. With the open floor (no seating inside), you can watch hushpuppy batter be spooned out of the bowl and into the fryer, then scooped out, patted dry and put into a paper bag for you to enjoy alongside a BBQ sandwich or plate.

In Greenville, the smell of wood-fired smoke floats in the air around the unassuming concrete block building that houses B’s Barbecue. The Godley sisters took over the family business in 1978, but have kept true to their country roots that made B’s a mainstay in serving BBQ, chicken and all the fixings. Also in Greenville, you will find three locations to enjoy Parker’s Barbecue, a family business first opened in Wilson in 1946 and made famous with its slow-roasted, whole-hog barbecue. 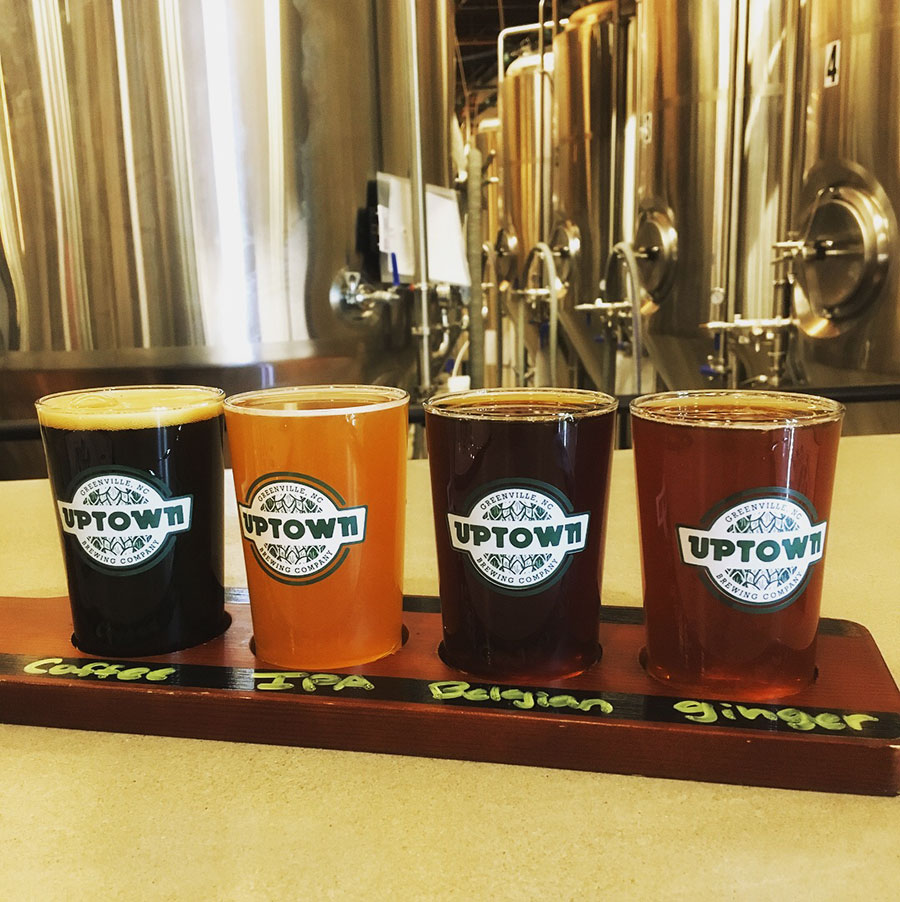 Craft breweries have been exploding across North Carolina during the last decade. One of the first to come online in 2004 is The Duck-Rabbit Craft Brewery in Farmville, just down the road from Jack Cobb and Son. The brewery features a small tasting room with four beers on tap, with three taps seasonally rotated (the brewery’s flagship beer, Milk Stout, remains on tap all year). You can enjoy a BBQ lunch from Cobb’s with a seasonal dark beer at one of the picnic tables outside the tasting room.

New to the craft beer world are three Greenville establishments, located near East Carolina University. All offer various styles of craft beer, as well as open seating, patio and music on the weekends. The breweries are also family-friendly, with board games, darts and outdoor games available. Trollingwood Taproom & Brewery, the city’s first, is located in the Dickinson Avenue Historic District. It is best known for its variety of oak barrel-fermented beers. The two newcomers are Uptown Brewing Company and Pitt Street Brewing Company, located in the uptown district. Both offer a variety of their own special beers as well as a large tap sampling of other craft beers from across the state.

Start planning your adventure on the Brew and ‘Cue Trail. 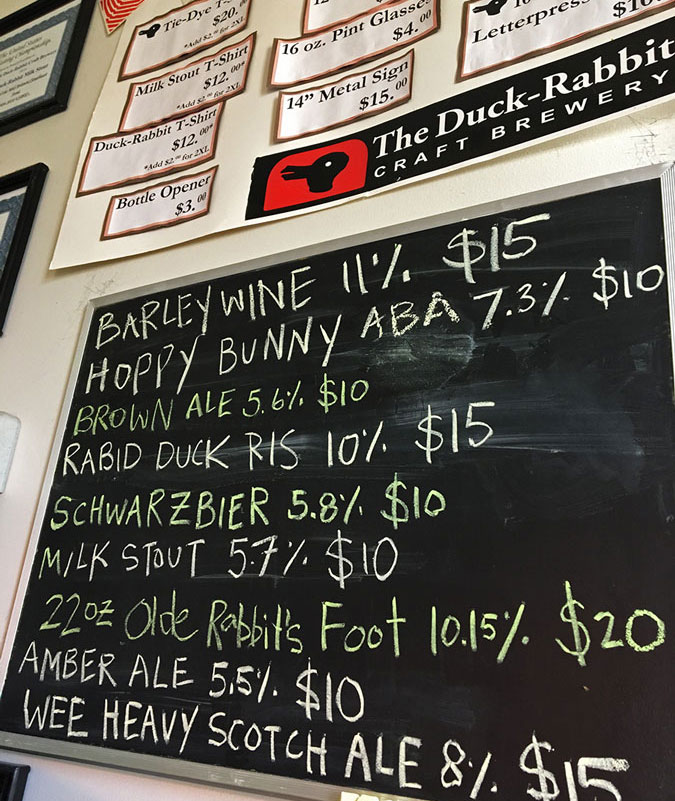