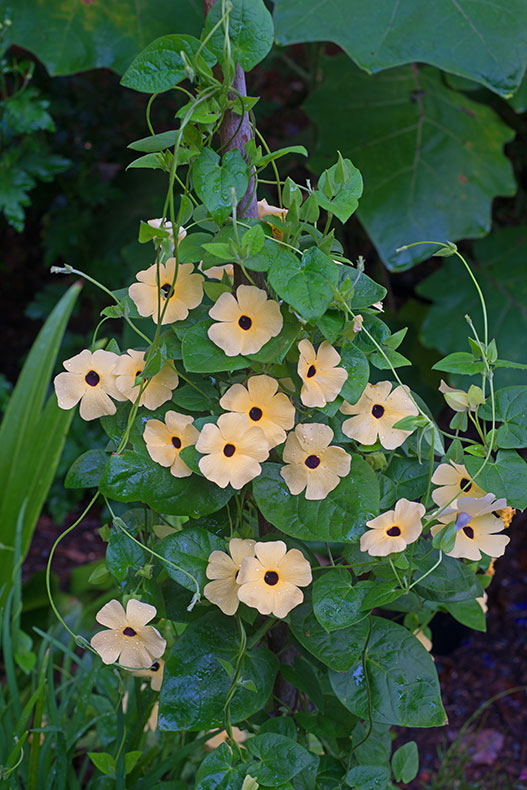 In the March issue of Carolina Country, I extolled the visual virtues of black-eyed Susans, aka Rudbeckia sp. (“The New Suzies,” page 28), but unfortunately just didn’t have room to swoon over black-eyed Susan vine. Totally unrelated to clan Rudbeckia, this pretty vine (Thunbergia alata) can still be an equally charming addition to any garden — no matter which way it grows.

Black-eyed Susan vine is not a stranger to Southern gardens. This native of east Africa found its way to America in the mid-1800s, touted as a short vine that didn’t aspire to stretch much over eight feet long, while covering its heart-shaped leaves with cheerful swaths of summer blooms painted in solid colors of orange, yellow or white.

Although a perennial in its homeland, black-eyed Susan vine will not survive winters in our state, so it is grown as an annual. Being nailed by the first autumn frosts is probably not a bad thing, because this plant has become a bit weedy in some parts of the southernmost United States.

Black-eyed Susan vine thrives in the morning sun, so the more exposure to ol’ sol early in the day, the better. However, some light shady comfort from the high heat of summer afternoons will result in a more even display of blooms through the long growing season. Water will, of course, also help relieve heat stress, so have the garden hose handy during extended stretches of dry, hot weather.

Although a perennial in its homeland, black-eyed Susan vine will not survive winters in our state, so it is grown as an annual.

Whether starting with seeds or transplants, they should be set in a site with well-worked, organically-enriched soil. A light dusting of complete fertilizer such as 8-8-8 or 10-10-10 will provide a nutrient kick to see this vine on its merry way. Anything vertical — trellis, arbor, fence, a simple pole — will aid in this pretty’s quest for upward mobility.

A black-eyed Susan vine likes to climb, but without support, it is perfectly happy to let gravity be its descending guide instead, tumbling from the tops of terrace gardens or dripping from the rims of raised planters and window boxes.

Finding black-eyed Susan transplants might take some searching, but they certainly aren’t strangers to quality garden centers. Seeds are easy finds both locally and online, with horticultural heavyweights such as Burpee and Park Seed offering selections in standard colors as well as interesting variants sporting new hues such as light pink and dark rose. 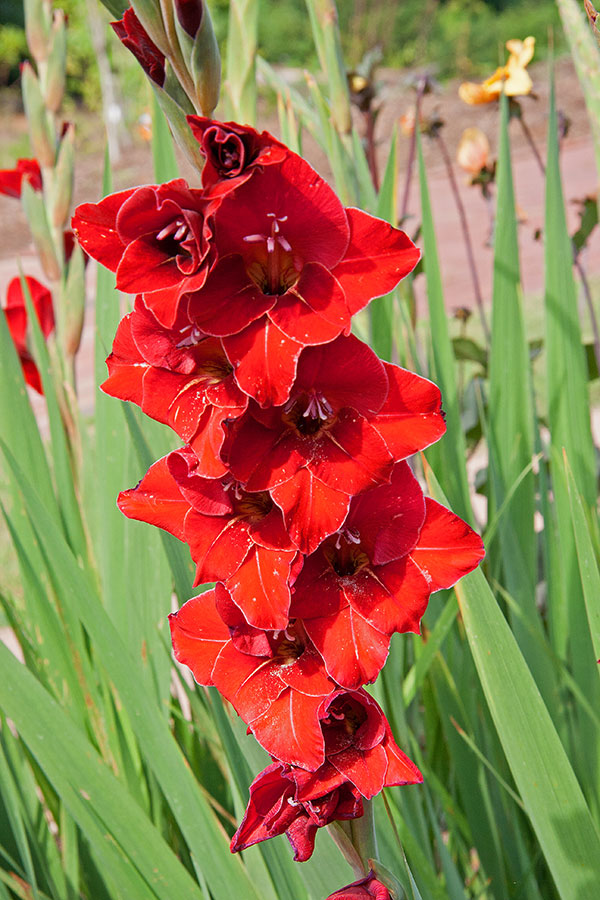