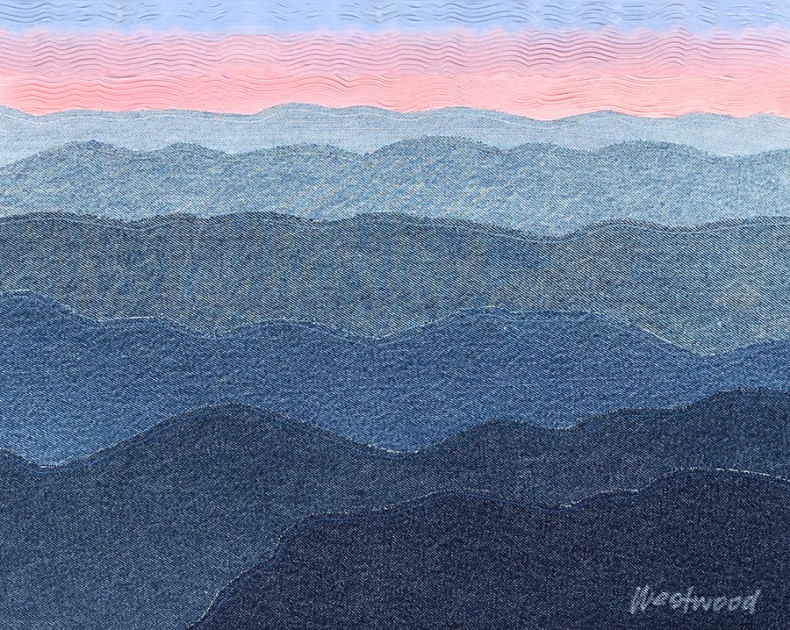 With the Nantahala National Forest as his backyard, Hayesville resident and Blue Ridge Mountain EMC member David Westwood is surrounded by artistic inspiration.

“One day I climbed to the top of Wayah Bald and was gazing out at the view, when I realized the mountain ranges reminded me of progressive layers of faded denim,” he says. A few months later (and after learning how to sew), his denim renditions of the Blue Ridge Mountains were born. David’s career has included album cover design and a stint as a coin and medal designer for the U.S. Mint. But now he finds satisfaction sourcing denim from local thrift stores, using six shades to breathe life into his unique mountainscapes.

David's work can be found online or you can reach the artist by email.