The need to create is a North Carolina tradition 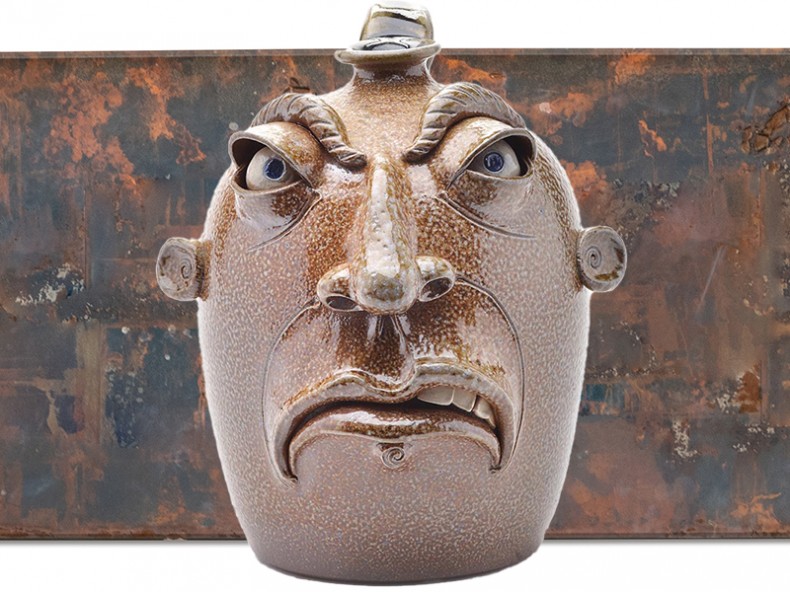 Folk art dealer Matt Ledbetter, of Gibsonville, talks nonstop about the folk art that surrounds him. He launches into a story about his latest folk art find, large totems that have been intricately carved by Greensboro artist Carl “Otto” Long. The totems create a forest-like gathering in Matt’s warehouse. Likely from cypress wood, they are painted different colors and stand anywhere from three- to 10-feet tall with intricate detail and symbolism. 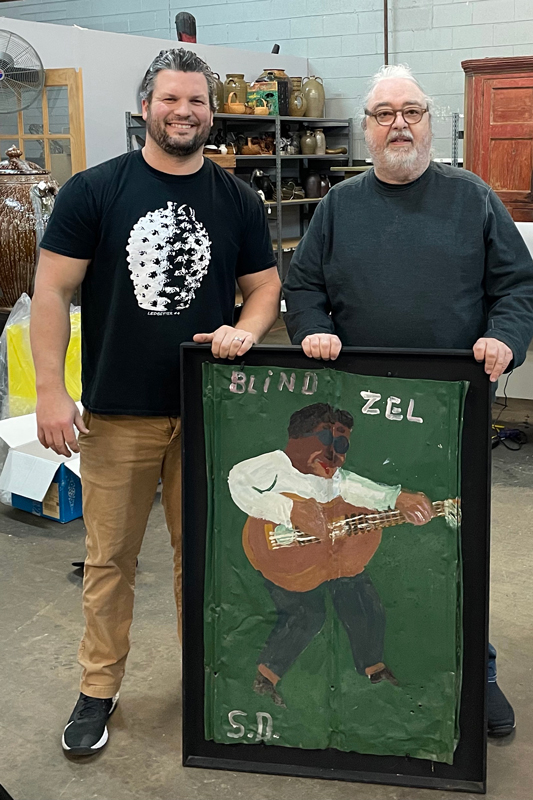 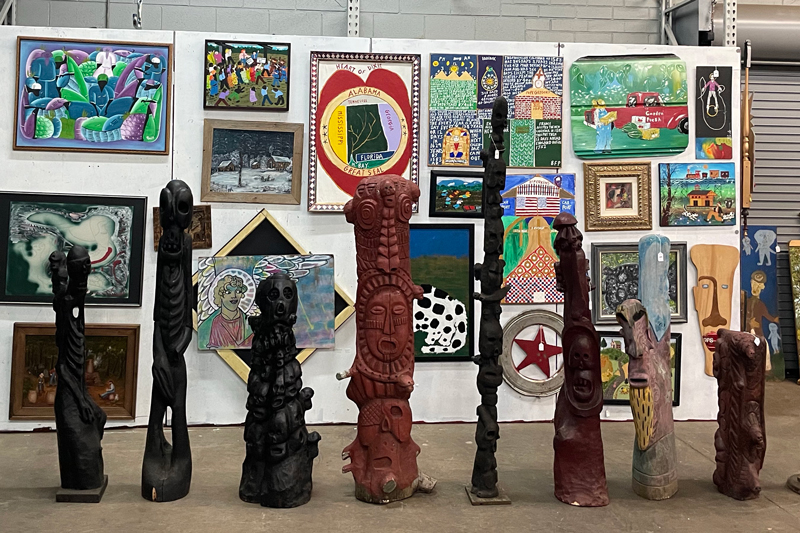 By the time Matt met Otto, the self-taught, visionary artist had been creating totems and walking sticks for more than 30 years, although, according to Matt, he had not received the attention or acclaim that he deserved. Matt had hoped to work with Otto in the coming years to get his work into the collections of folk art enthusiasts but, sadly, Otto passed away in November 2021, just before his work was to be featured in one of the quarterly events at Ledbetter Folk Art Auctions.

Otto was just one part of a long North Carolina tradition of folk art, outsider art, visionary and self-taught art, curated and celebrated by organizations around the state.

Matt serves as auctioneer at his auction house in Gibsonville, and clearly relishes discovering unknown folk artists and building relationships with them. Whenever he interacts with artists, he works to capture their stories and inspiration, often documenting with photographs and videos. He defines folk art as “art from necessity.”

When it comes to what is considered folk art, a wide range of materials and media are used. Ledbetter Folk Art Auctions featured several pieces by African American artist Arbon Lane in a recent auction. Matt says that one piece, an elaborate, detailed colorful painting of the Black Christ child is “one of the best Arbon Lane paintings.” A collector in Germany purchased it for a friend in Charlotte.

Arbon was a self-taught Reidsville native who died in 2005. Even in his hometown, his life as an artist was little known, according to Margaret Day Allen, author of “When the Spirit Speaks: Self-Taught Art of the South.”

Arbon was a prolific artist, and used house paint on materials that were readily available and free or inexpensive, Margaret wrote in an article for the Folk Art Society of America (folkart.org). That included pieces of wood and roofing tin. Many creations of numerous artists transform plain, everyday items into something original.

On a crisp November day, Katherine Caldwell is weaving straws of wheat into an intricate pattern that is taking shape as a candy cane. Katherine is one of two artisans who is demonstrating their craft that day in the lobby of The Folk Art Center in Asheville — home to the oldest craft shop in the United States. The center cultivates and showcases the crafts and makers of the Southern Highlands Craft Guild.

“Wheat weaving is as old as agriculture,” Katherine says. Whether it’s wheat or another grain, the woven patterns that have been passed down for centuries were used in rituals and hung in houses after the harvest. “The intricate designs would keep the spirit of the grain safe for the coming spring.”

“Every culture in history has some type of Earth Mother, and this is my interpretation,”

Katherine integrates those time- honored techniques into her creations, helping preserve the ancient tradition. Among her creations is a spiral wheat cross and several other cross designs, ornaments, hair barrettes and Earth Mothers.

“Every culture in history has some type of Earth Mother, and this is my interpretation,” she says.

A wide range of handcrafted art from current artisans is on display and for sale at the Folk Art Center. In its exhibits section, works from both current and past artisans point to a wide range of materials and inspiration. Black Mountain artist David Taylor’s work is in collections nationwide — his “Dog in Door,” a metal sculpture that uses a recycled car door, is on display at the Folk Art Center. Other works on display are miniature turkeys made about 1930 from pinecones and tree bark by Asheville artisan William Perry Smith (1910–1977). 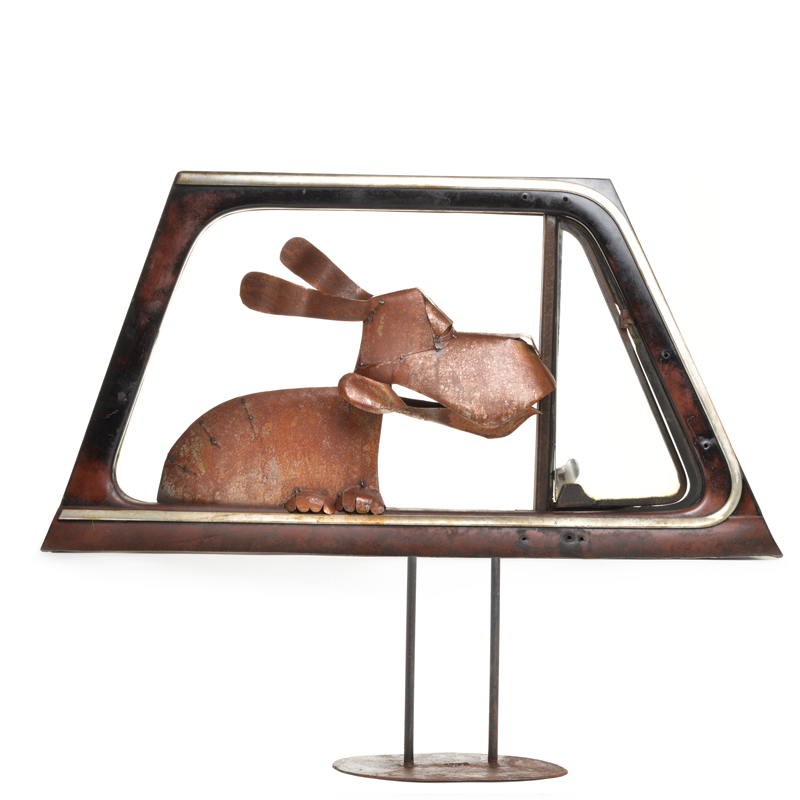 Perhaps one of the most well-known venues to encourage fine and folk art and craft in many expressions is the John C. Campbell Folk School in Brasstown. Founded in 1925, the school celebrates the many art forms of the Appalachian region.

Visit for the day and see the works of more than 300 local and regional artists, or participate in one of the many classes, concerts, or other events offered. (For more information, read “Secrets of the Mountains,” from our October 2018 issue, page 10).

Vollis Simpson, of Lucama, created massive whirligigs from salvaged metal and ended up garnering national acclaim before his death in 2013. You can see 30 of his creations, which come alive in the wind, at a public park named for him in Wilson. In 2013, his work was designated as the official folk art of the State of North Carolina.

Whether creating massive outdoor contraptions, painted found objects or pieces of pottery, it seems every artist has a story, and part of that story is the need to create — to add to the rich folk art tradition of our state. 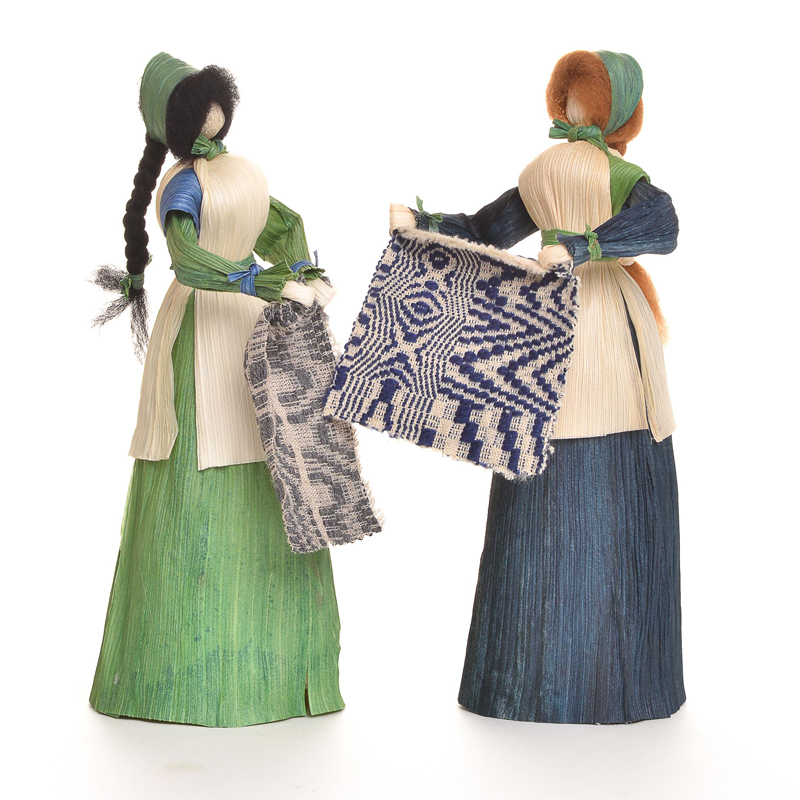 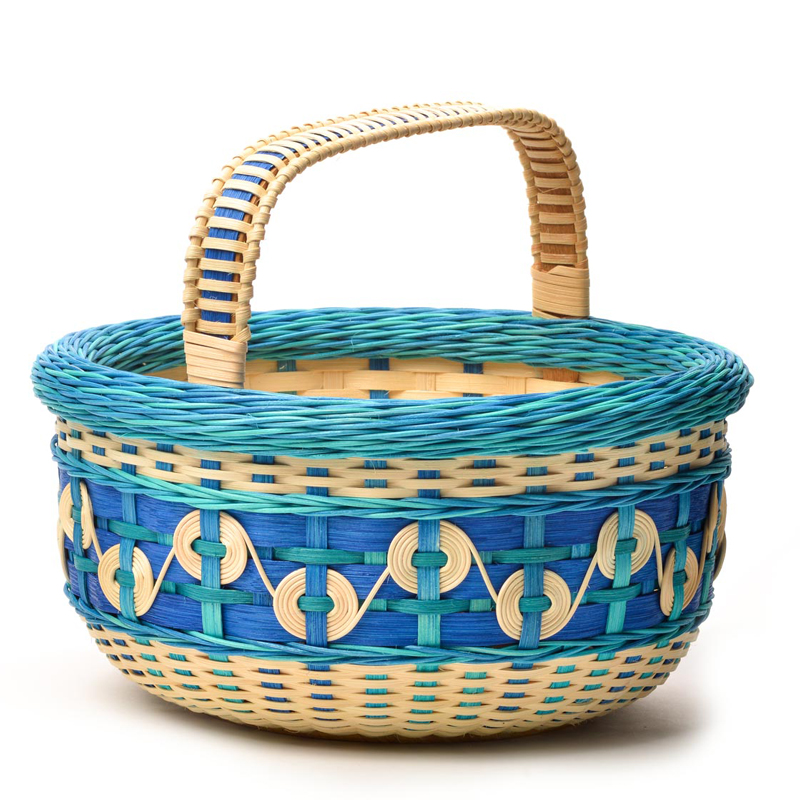 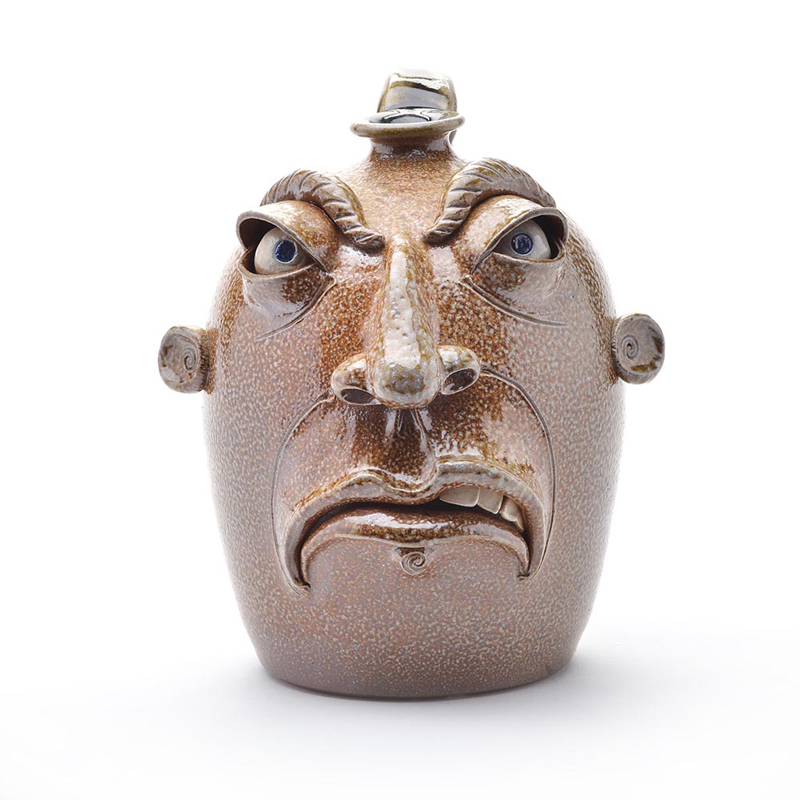 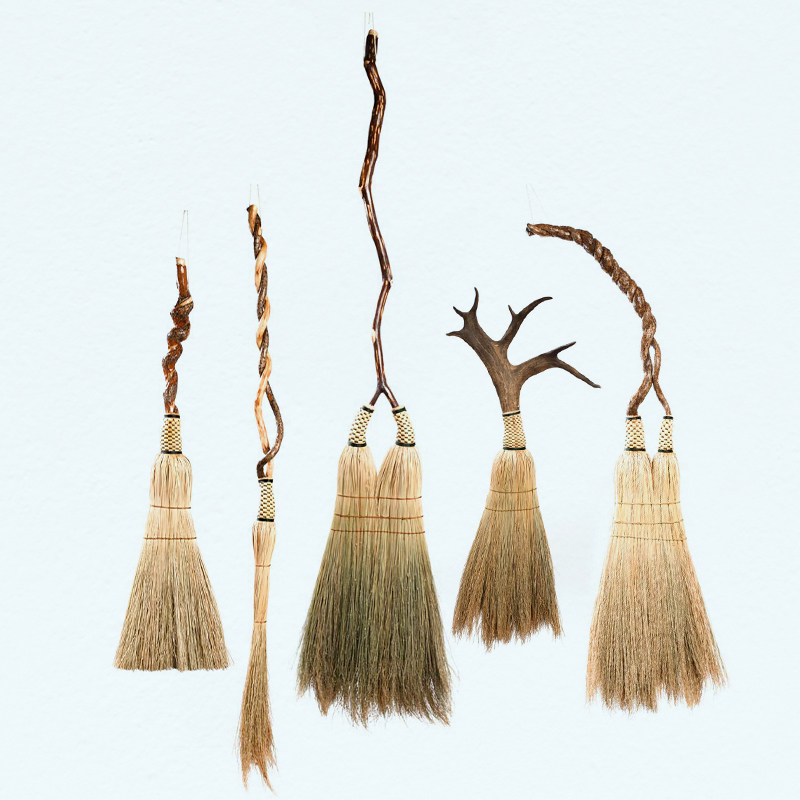 For a taste of folk art for your family, the Downtown Newton Development Association and Hickory Museum of Art will hold the Annual Foothills Folk Art Festival on May 14, 2022. The event showcases a variety of local and regional contemporary folk artists whose work will be for sale. It will also include artist demos, hands-on art activities for children, live music, food from area restaurants and food truck vendors, beer gardens, and more.