Figs hold a special place in the hearts of Ocracokers

By Text & photos by Leah Chester-Davis 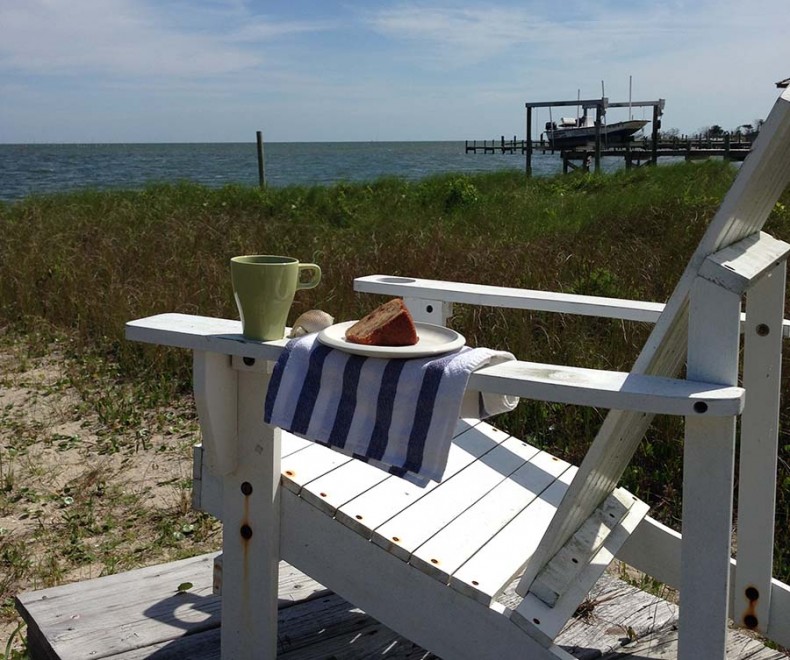 A fruit that dates to Biblical times, fig trees are in the Old Testament description of the Promised Land. Today, they help to define Ocracoke, the Outer Banks island where spirits are refreshed.

Time passes slowly and sometimes stands still on Ocracoke, all for the better in my view. Accessible by ferry, boat or small plane, its 16 miles of beaches are designated as National Seashore, protected from development and amusements that often impair other beaches. This keeps the small village contained at one end of the island where restaurants, small hotels, shops and cottages skirt Silver Lake Harbor. The Tideland Electric cooperative proudly provides electric power and community service to all of Ocracoke.

Nature is the starring attraction on Ocracoke. And when it comes to fruit, figs reign supreme. No doubt, the island has an abundance of seafood, readily available from local waters and the local fish market, and an obvious staple on menus. That seafood, locals say, contributes to the natural environment that makes Ocracoke’s figs and fig cakes legendary for islanders and visitors alike. 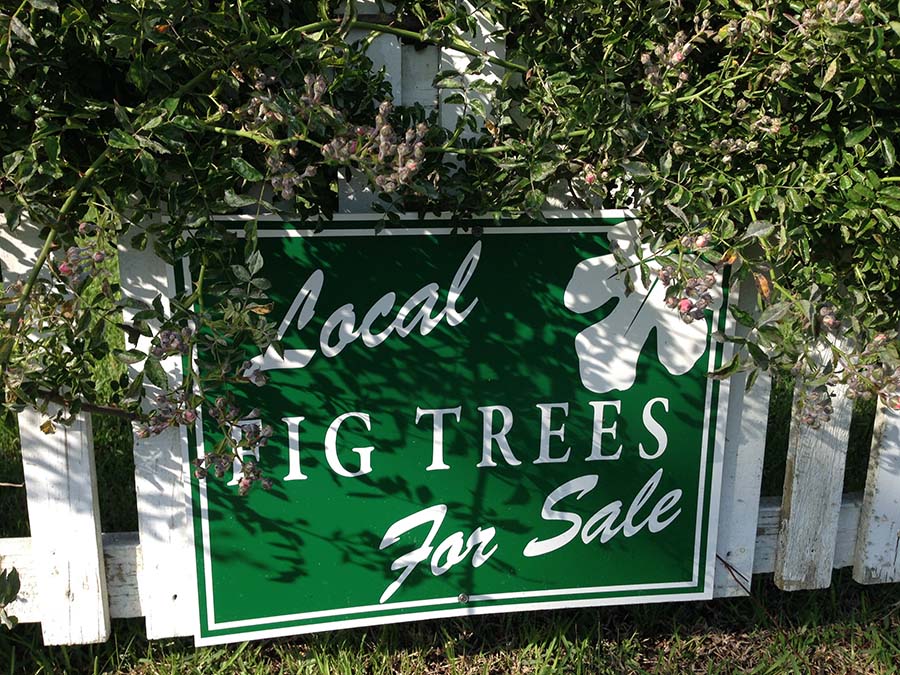 Figs have thrived for centuries on the island. Originally from western Asia, it’s believed that they were brought to Ocracoke by the first English settlers, sometime around 1715. According to Chester Lynn, the go-to resident regarding fig history and lore, they have definitely been on the island at least 200 years as evidenced by a letter written at that time by a local who mentioned fig season. He says the oyster shells and fish bones tossed at the base of the trees supply nutrients and keep the trees thriving. These fruit trees withstand harsh storms and hurricanes, unlike most other fruit trees.

Lynn studies figs and raises them. And he sells hundreds of them at his Annabelle’s Antiques, Collectibles and Florist on the Back Road. While the common information available on figs frequently mentions the cultivars ‘Celeste’ and ‘Brown Turkey’, talk with islanders about their figs and they mention pound figs and sugar figs most often. Lynn explains that while ‘Celeste’ grows on Ocracoke and is a good producer, the pound fig and the sugar fig are among the oldest varieties on the island. “While some people call ‘Celeste’ a sugar fig,” says Lynn, “it is not the traditional sugar fig. The old sugar fig is short and fat, and they are like drops of honey.”

While Lynn can speak at length about the importance of this fruit to his beloved Ocracoke, he leaves the “putting up” (preserving) and cooking to others. He says it’s important to harvest figs as soon as they are ripe, because they are a delicate fruit that will ruin quickly. On Ocracoke, figs produce in July and August, with a later crop in October, depending on hurricane season.

No matter who you talk with on the island about its famous fig cake, everyone credits Margaret Garrish as the person who created the now-famous baked good. Chester Lynn says her recipe is used all up and down the Outer Banks.

Gaynelle Tillett, a 79-year-old resident who bakes fig cakes and puts up fig preserves that are sold at Ocracoke Seafood Company, says the story goes that Margaret Garrish was mixing up a cake one day for her family when she discovered she was out of dates, a key ingredient. She decided to substitute fig preserves. Chester Lynn said his best guess is that this was around 1960. Until then, fig preserves had been used as a topping between layers of plain cake. Garrish’s addition of the fig preserves to the batter kicked it up a notch when it came to the cake’s flavor and moistness.

Darlene Styron, owner of Sweet Tooth and Fig Tree Bakery & Deli, bakes fig cakes for her shop. She describes it “kinda like a spice cake.” Both she and Gaynelle Tillett have arranged to pick figs from other people’s trees on the island to make the preserves that they use for their cakes.

They all have fond memories of figs. Not only is the fruit important to the island’s history, it’s interwoven into family memories.

“Mother used to preserve figs, everyone did,” explained Tillett. “My grandmother had the prettiest green dish with a ladle and it always had figs in it. ”

The United Methodist Women’s cookbooks have helped spread the recipe island-wide and beyond. The Ocracoke Preservation Society sells the cookbook in the island museum.

When Margaret Garrish died in 2002, little did she know that her cake-baking ingenuity in 1960 would become culinary lore, helping lead 50-plus years later to the Ocracoke Fig Festival and its Fig Cake Bake-off.

The annual event is designed to preserve the island’s history and share it with new generations and newcomers. So far, a couple of members of the older island generation have won the bake-off contest: Annie Lou Gaskins, and for the past two years, Della Gaskill, who has been making fig preserves ever since she was a girl. This reigning Fig Cake Queen loves to share her stories of growing up on Ocracoke (fig stories appear in her book, “A Blessed Life: Growing Up on Ocracoke Island”). Winning the contest two years running came as a surprise to her because, she said, “the recipe has been circulating around.” She acknowledged that “each of us does things differently.” She doesn’t have a secret to the winning recipe, she just loves to cook. And at her shop, Woccocon Gifts on Lighthouse Road, she sells and ships fig cakes and preserves.

The Fig Festival is growing and expanding. Learn more from Ocracoke Island Realty or find the festival on facebook. 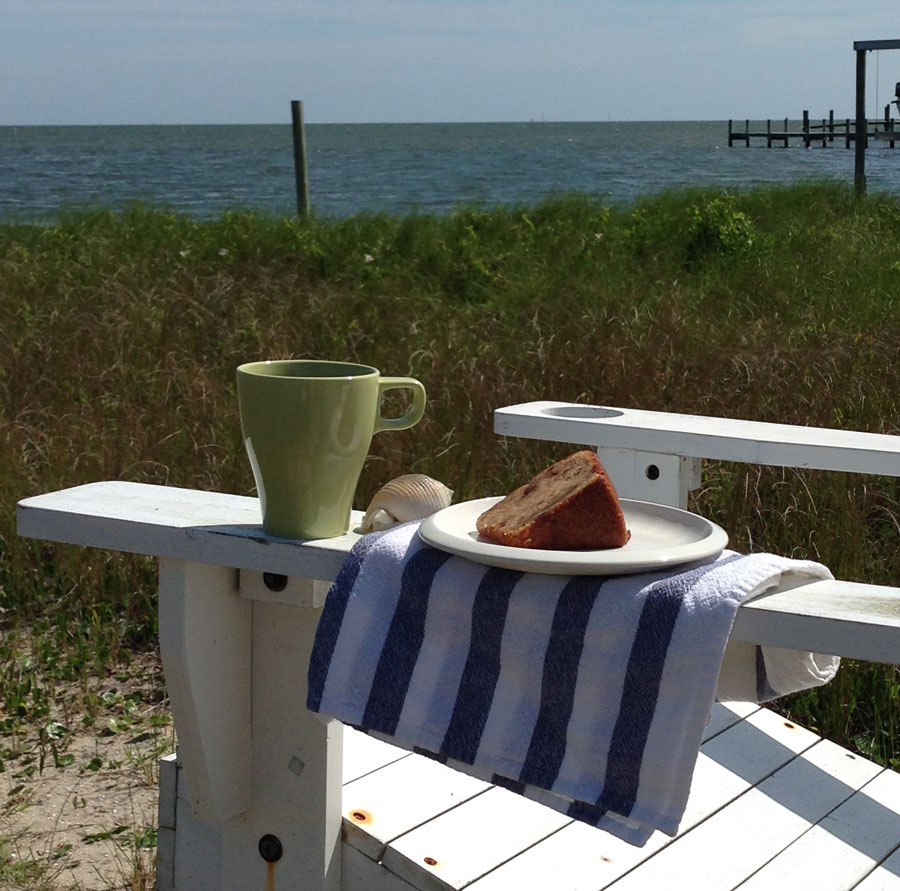 Try the recipe that made Ocracoke Island Fig Cake famous.

Leah Chester-Davis goes to Ocracoke regularly to enjoy fig cake, seafood, beaches and the people who share their stories. Her business, Chester-Davis Communications, specializes in food, farm and lifestyle brands and organizations.