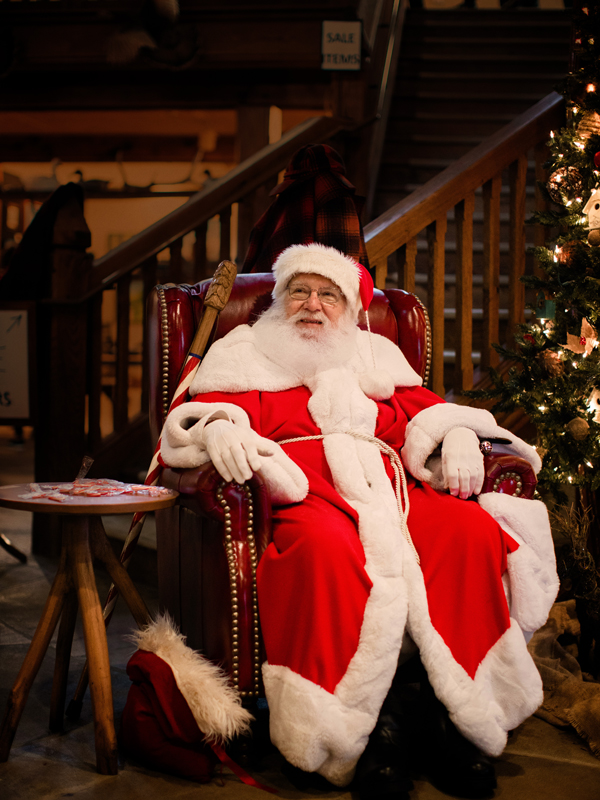 Everyone can sense that jolly ol’ Saint Nick is near.

Wayne Lanning never considered playing Santa until about 20 years ago. At the time, he was enjoying holiday festivities in his hometown of Lexington with his wife, Jeanie, and young granddaughter, Haley, when she spotted Santa Claus and started calling her grandpa, Santa. His wife looked at Wayne and acknowledged that he, indeed, looked like Santa and encouraged him to grow out his beard.

When Wayne’s birthday rolled around, Bob, who Wayne considers not only his employer but a dear friend, gifted Wayne a trip to the Charles W. Howard Santa Claus School in Midland, Michigan.

“Bob sent me to Santa school, paid for my flight there and back, my hotel room, my tuition fee, and bought my first suit,” Wayne says. The school stresses the importance of being Santa and helping contribute to the magic of childhood and special memories, the traditions and customs, and how to interact with children and parents.

The weeklong school started an adventure that both men seem to relish and share, and they have collected many stories through the years. Wayne, who has worked with Bob Timberlake for 30 years, makes an appearance as Santa every year at the Timberlake Gallery Open House in Lexington, and the two often enjoy portions of the season together in Blowing Rock.

He exudes Christmas to anybody that’s around him — and he does it year-round.”

“He is the epitome of Santa,” Bob says. “He is jovial, happy, outgoing, friendly. He brings joy wherever he goes. We can be in a restaurant in the mountains in July, and little kids can sense his joy and his realism. They can sense he is really Santa Claus. He exudes Christmas to anybody that’s around him — and he does it year-round.”

Wayne loves people and acknowledges he receives comments throughout the year that he looks like Santa but it’s when he dons the Santa suit (he now owns seven) that he feels a transformation take place.

“My whole attitude, everything about me, changes when I put my suit on,” he says. “It seems like a miracle, something happening to you, where you’ll be able to talk to these children and love them. It’s just hard to describe.” 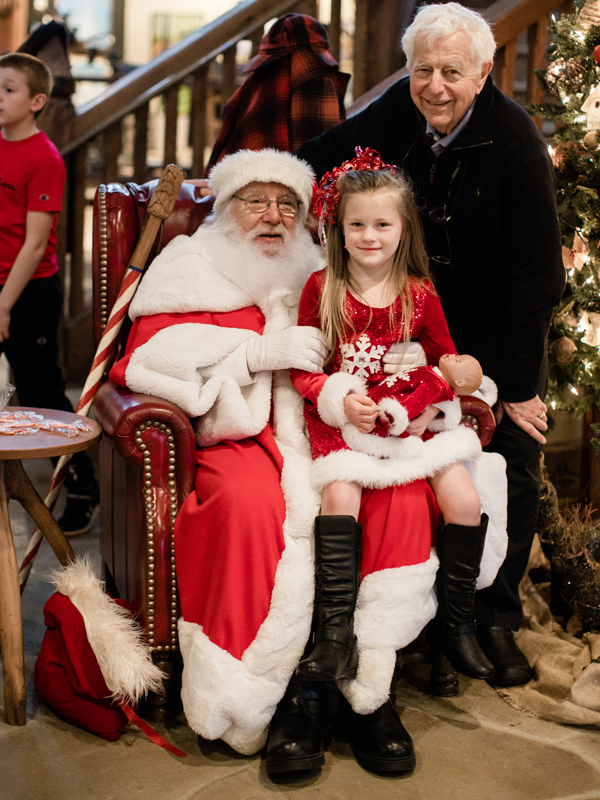 Wayne makes appearances at numerous places every holiday season—working from just before Thanksgiving to Christmas Eve, where you’ll find him at Mt. Zion Wesleyan Church in Thomasville.

But it’s the Brenner Children’s Hospital in Winston-Salem that also holds a special place in his heart. He acknowledges it is his toughest assignment, but the most touching. He tears up thinking about valiant little fighters, who may be quite ill, getting delight out of Santa’s visit. Not only does he take time to visit with children and families, he takes time for photographs with them all.

He often reads the children the classic poem “A Visit from St. Nicholas” (more commonly called “The Night Before Christmas”), and joy is added to his appearance when his wife appears by his side as Mrs. Claus.

When Wayne walks away from interacting with children, his heart swells when he inevitably hears a young voice declare: “That IS the real Santa Claus!”