On Location at NC Filming Sites

By Leah Chester-Davis | Photos by VisitNC

Double-takes are on the rise in North Carolina. Imagine driving through the small, picturesque town of Sylva and seeing a large sign welcoming you to Ebbing, Missouri. Turns out the sign was all a part of the production for the movie “Three Billboards Outside of Ebbing, Missouri.” Or how about seeing people suspended from cables between the Wilmington Convention Center and the Isabel Holmes Bridge (stuntpeople for the blockbuster “Iron Man 3”)?

Sylva and Wilmington are just a couple of the many locations across the state used by the film industry, which added more than $416 million to the state last year in terms of payroll, goods purchased, rentals and other services, says Guy Gaster, director of the NC Film Office. The state is noted for a well-trained, skilled film workforce, and many of the state’s locations can play as “Anywhere, U.S.A.,” which is attractive to filmmakers.

The true value, however, is much more. These projects help put a spotlight on our state that creates even more interest in terms of exploring various regions, local restaurants and other attractions.

The state has had a role in more than 1,000 films. Here are a few film destinations. 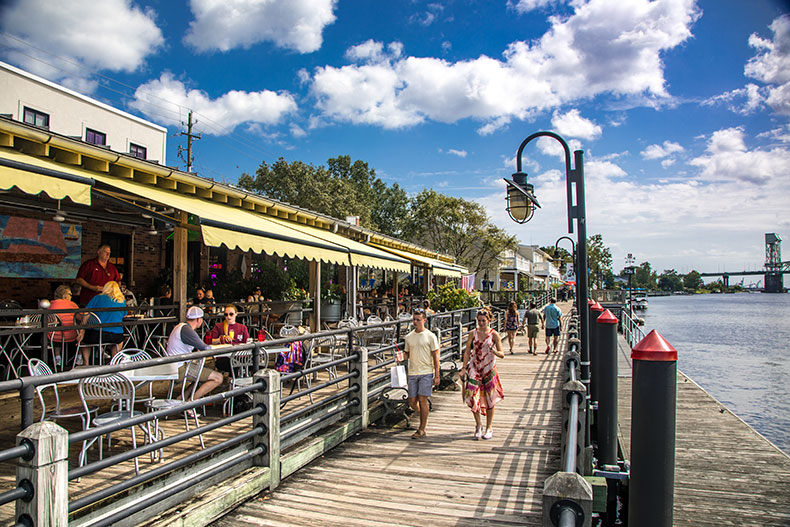 The George on the Riverwalk, restaurant in Wilmington

This favored port city has plenty to offer and it shows in the credits lists. Among attractions is the city’s Riverwalk and Riverfront Park. “Scream” is one of the latest to film here since the COVID-19 shutdown. The local tourism website offers ideas for touring film sites including those used for “Sleepy Hollow,” “One Tree Hill” and “Dawson’s Creek.”

Scenes from all three plus “The Choice,” the film adaptation of a Nicholas Sparks book, were also filmed at nearby Airlie Gardens.

Outer Banks and other beach locations

“Nights in Rodanthe,” another Nicholas Sparks’ adaptation starring Richard Gere and Diane Lane, was filmed in Manteo, at the Inn at Rodanthe (available for rent) and the Rodanthe Pier, and on Ocracoke Island. Sparks’s books seem to keep North Carolina in the spotlight. The film adaptation for “Safe Haven” was filmed in Southport. Some other credits for the coastal town include “Crimes of the Heart,” “I Know What You Did Last Summer” and “Under the Dome.” Bald Head Island was the stand-in for the Hamptons for “Weekend at Bernie’s.”

The new series, “Welcome to Flatch,” which debuted in March on Fox, is creating excitement in the small towns of Burgaw and Wallace. The Pender County Tourism office is the site for some scenes, and it offers a free walking tour of various locations for this production and others such as “I Know What You Did Last Summer,” “Silver Bullet” and “Under the Dome.” 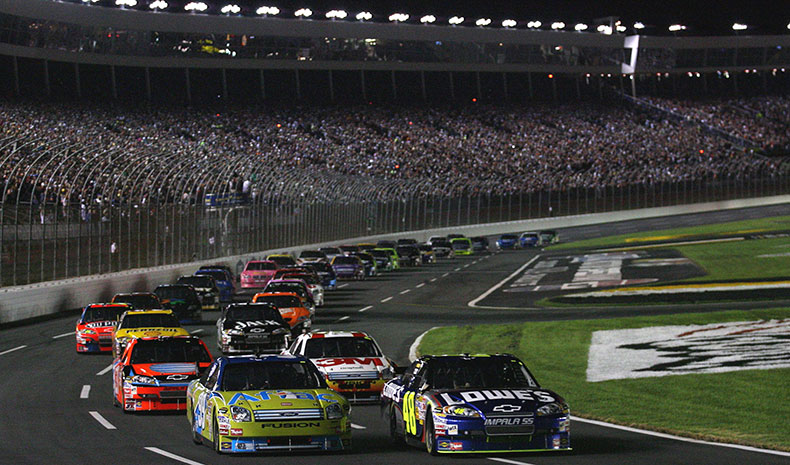 Uptown Charlotte, the NASCAR Hall of Fame, and the U.S. Whitewater Center were all in scenes for “The Hunger Games.” McGlohon Theater and Johnson C. Smith University were scenes in last year’s “The Eyes of Tammy Faye” starring Jessica Chastain. The Charlotte Motor Speedway in Concord gets credits for “Speedway,” “Days of Thunder,” “Talladega Nights: the Ballad of Ricky Bobby” and “Stroker Ace.”

Several scenes of “Last of the Mohicans” were shot in Burke County. Its Tourism Development Authority is planning a 30th Anniversary “Last of the Mohicans” Festival May 12–14 at the Courthouse Plaza in Morganton. Guided tours to film locations at Chimney Rock State Park (in neighboring Rutherford County , Hickory Nut Gap Falls was the backdrop for the dramatic climax) and Lake James are planned, along with an all-day event on May 14. The event coincides with the Catawba Valley Beer Festival on May 14.

The Henry River Mill Village, an abandoned mill village, became District 12 in “The Hunger Games.” Tours are available and travelers can spend the night in a restored mill house.

Lake Lure attracts for its scenic beauty nestled in the foothills of the Blue Ridge Mountains. Several movies have been filmed in the area, but “Dirty Dancing” starring Patrick Swayze and Jennifer Grey is the one that has resulted in an annual Dirty Dancing Festival. Enjoy the beautiful Flowering Bridge if you visit early spring to late fall. 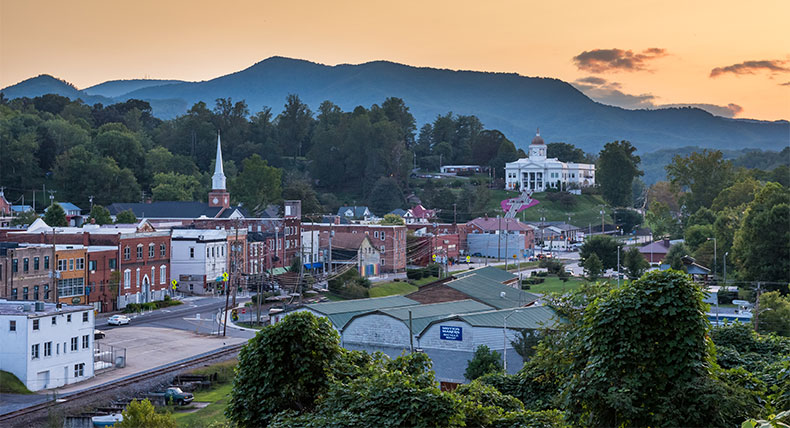 Sylva has a charming main street with quaint shops and restaurants and plenty to explore in the town and nearby, particularly for those who love beautiful scenery and the outdoors. The town was featured prominently, becoming a character itself as a sleepy little Missouri town in the critically acclaimed “Three Billboards Outside Ebbing, Missouri.” Several of its buildings and others in nearby towns — Maggie Valley, Black Mountain, Cullowhee and Dillsboro — were used.

Ready to scout out these filming locations and more? Numerous tour itineraries are suggested at visitnc.com.