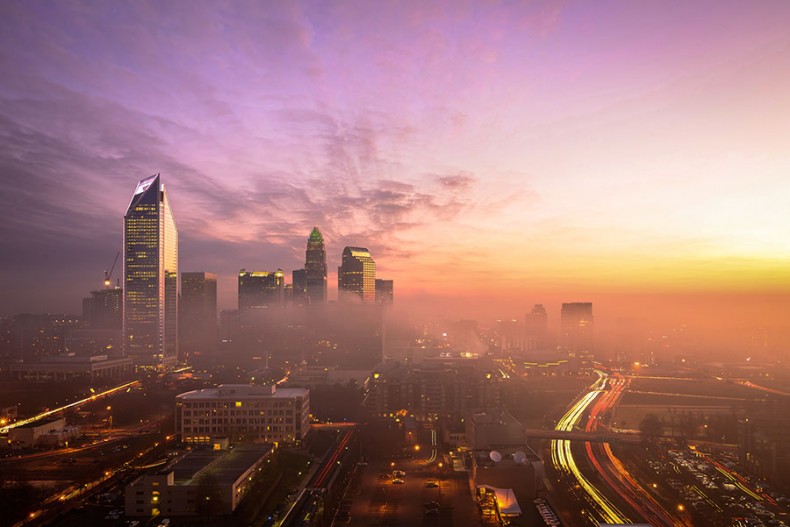 Charlotte built itself over time into North Carolina’s largest city with a “can do” attitude focused on commerce and growth. That same “can do” spirit has expanded to tourism in recent years. Now more than ever, the Queen City is a destination for families and couples. Here is a flexible itinerary for immersing yourself in North Carolina’s largest city without breaking the budget.

Largely ignored for most of the 20th century, the area west of Charlotte in Mecklenburg County now proudly boasts two of the more popular tourist attractions in the state: the Billy Graham Library and the U.S. National Whitewater Center. 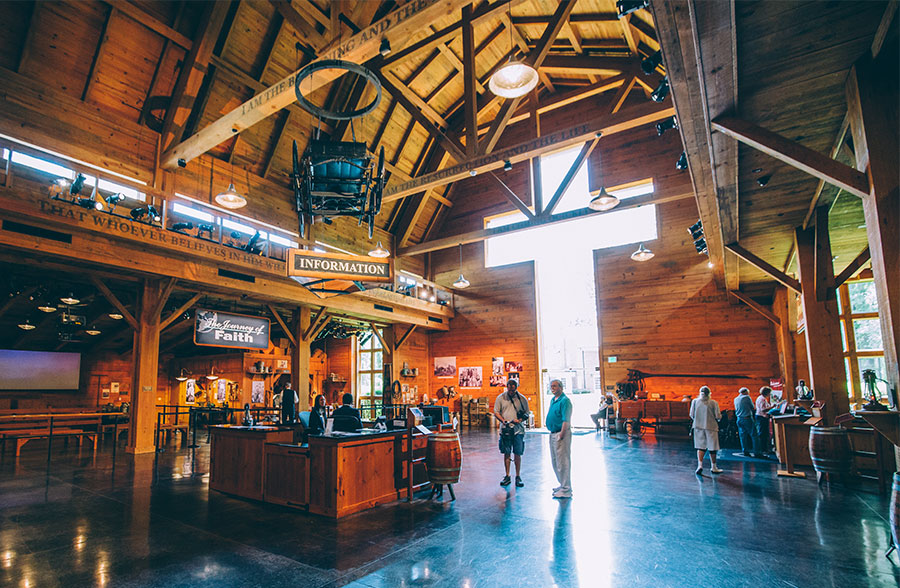 The Billy Graham Library opened in 2007 just west of town along the Billy Graham Parkway. It offers a spiritual experience coupled with a historical look at “America’s pastor.” There is no charge for admission, which makes the library not only good for the soul, but also the pocketbook.

The first thing people encounter at the Billy Graham Library is the house in which Billy Graham spent much of his youth. The two-story brick house was originally located on the family’s dairy farm four miles from the library and was moved, piece by piece, to the library grounds.

After walking through the house, folks enter the library, built to resemble a huge dairy barn with a glass cross on the front. Guided tours start every few minutes and use a variety of exhibits and media to tell the story of the late evangelist who preached the gospel live, worldwide, to audiences totaling nearly 215 million. The tour ends at the Graham Brothers Dairy Bar, a perfect place to grab lunch. 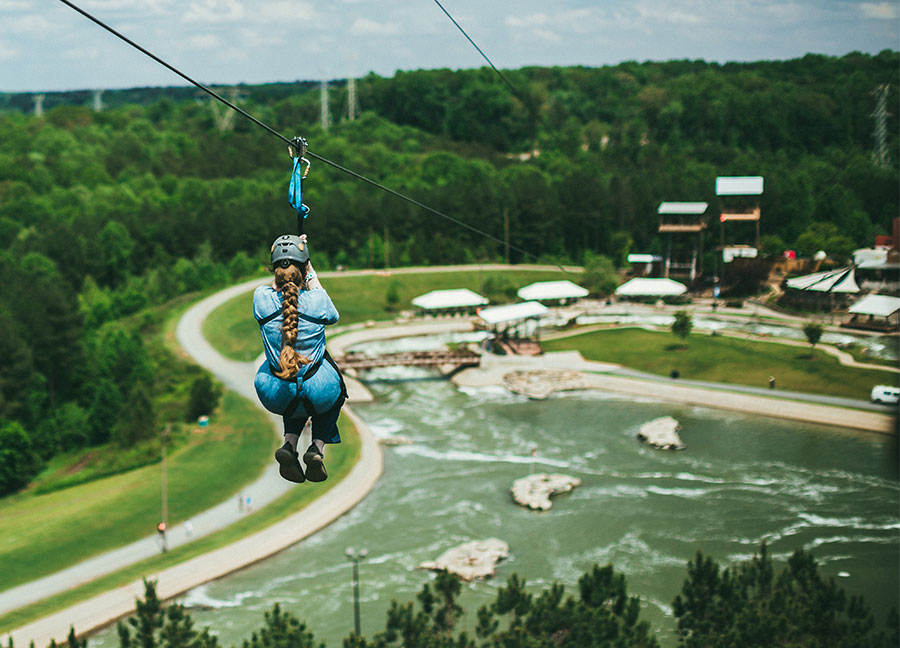 Not far from the Graham Library in western Mecklenburg County is the U.S. National Whitewater Center. This Taj Mahal of an outdoor playground was conceived on a napkin in a Charlotte bar and has been a huge hit since opening in 2006. The centerpiece of the 1,300-acre property is a man-made recirculating whitewater river. It has been used for training Olympic kayakers and canoers, and offers everyone the thrill of whitewater rafting in the flatlands of North Carolina.

Rafting is one of many water- and land-based activities available at the Whitewater Center, including ziplining, mountain biking, hiking trails and flatwater paddling on the adjacent Catawba River. Activities can be purchased individually, or day passes start at $49 and cover most activities. A budget-friendly option is to pay the $6 parking fee and enjoy free trail access for hiking and biking, then scout out a sunny spot beside the rapids to watch the excitement. There’s food service on site, and free live music is available during warmer months. 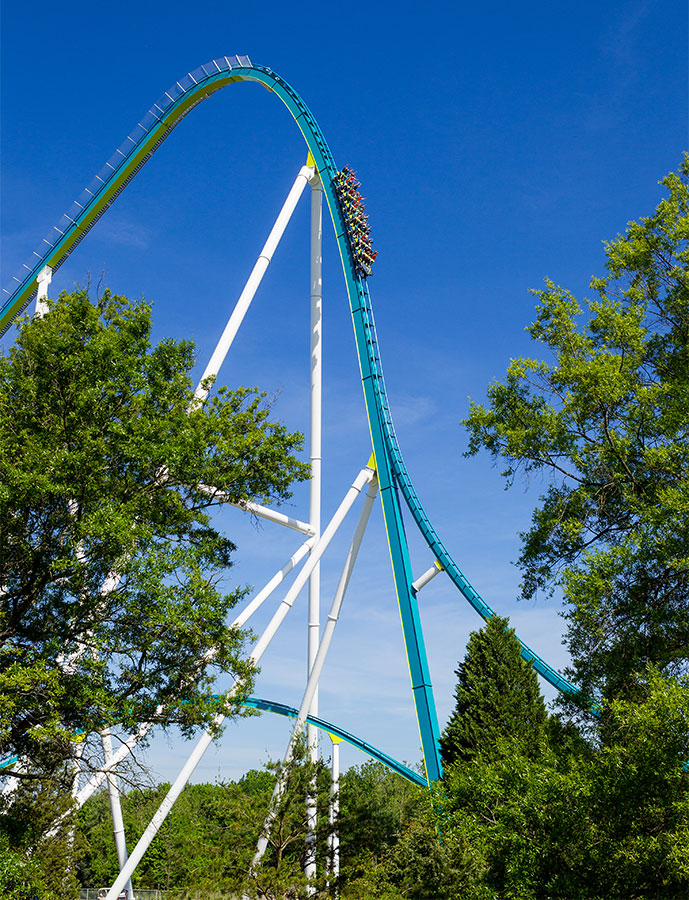 Due south of Charlotte’s glistening skyline is Carowinds, the Queen City’s most identifiable tourism attraction dating to 1973. The state line separating North and South Carolina runs through the park and makes for great photo ops.

It’s easy to spend a full day at Carowinds, which promotes itself among the world’s top five amusement parks in terms of roller coasters, with 14. That total includes the Fury 325 coaster that climbs to a height of 325 feet and delivers a 95-mile-per-hour adrenaline rush as it races across the state line.

New this year is Copperhead Strike, a close-to-the-ground coaster that strikes quickly, going from zero to 42 miles per hour in 2.5 seconds. Riders zoom through a series of fast, tight maneuvers, including five head-over-heels inversions, on this half-mile serpentine ride.

Another option is Carolina Harbor Waterpark at Carowinds. When temperatures rise, cool down with 14 different activities, including water slides, wave pools, a surf club and a three-acre kids’ area.

Waterpark admission is included in the price of tickets, which generally start around $40 and head upwards, depending on the day of the week and whether they are pre-purchased online or at the gate (the park is offering Pre-K Passes in 2019, with free admission for kids ages 3–5). Account for parking fees and food when budgeting for a day at the park. 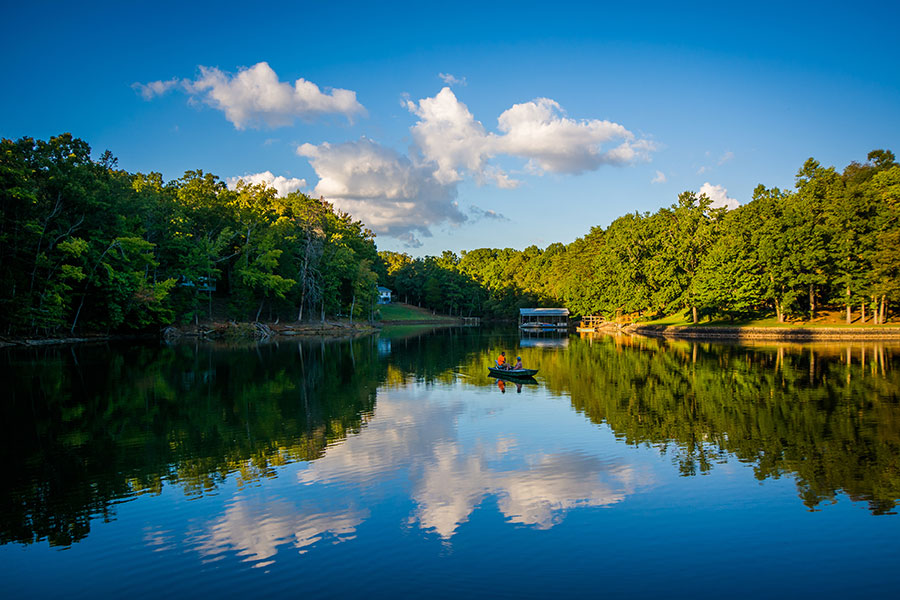 A budget-friendly option near Carowinds is the 1,132-acre McDowell Nature Preserve near the state line on the shores of Lake Wylie. The preserve is part of the Mecklenburg County parks system and has hiking trails, campgrounds, kayak rentals and guided paddling tours. The McDowell Nature Center is home of a variety of native animals, along with a certified butterfly garden and bird feeding stations, while Copperhead Island is a 20-acre section jutting into the lake with hiking trails, camping and fishing.

Day 3: Head down to Uptown

It doesn’t have to be complicated — or expensive — to visit the heart of the city, which locals call Uptown. Lynx Blue Line light rail service runs through the middle of Uptown on a north-south axis. Several rail stations north and south of town offer free parking, which makes it a breeze to leave the family truckster behind and buy round-trip light rail tickets ($4.40 adults, $2.20 kids) into the city.

Once among the skyscrapers, choose between a cultural or a sports itinerary. Top cultural attractions include the Museum of the New South and Blumenthal Performing Arts Center. Purchase a $20 ticket through the Levine Center for the Arts for 2-day admission to a triumvirate of museums: Bechtler Museum of Modern Art, Harvey Gantt Center for African American Arts + Culture and Mint Museum UptownMuseum Uptown.

On the sporting side, fans of the NFL’s Carolina Panthers can tour Bank of America Stadium most Wednesdays and Fridays year-round for $6 per adult and $4 per child. The NASCAR Hall of Fame offers an interesting experience by mixing the museum aspect of a hall of fame with the interactive aspect of NASCAR.

For live sports, Charlotte’s triple-A minor league stadium, BB&T Ballpark, was built so fans can watch the Charlotte Knights on a beautiful grass field framed by the Queen City skyline. This fan-friendly stadium not only offers one of the best settings in minor league baseball, it has led all of minor league baseball in attendance four of its five seasons since opening in 2014.