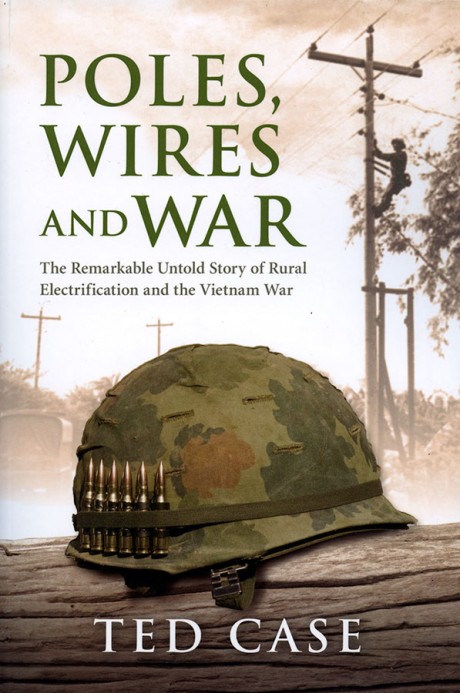 There’s a little piece of history often overlooked in reflections on the Vietnam War. In spring 1965, President Lyndon Johnson tasked a band of electric cooperative employees with a near impossible mission: bring power to parts of rural South Vietnam.

The book chronicles Johnson’s initiative to win South Vietnam villagers’ “hearts and minds” through rural electrification—an idea brought to him by Clyde Ellis, the first general manager of the National Rural Electric Cooperative Association (NRECA). The task was spearheaded on the ground by a team of co-op managers known as the NRECA survey team, at the time described by Rural Electrification magazine as “Green Berets with slide rules.”

Johnson had experienced the life-changing benefits of rural electrification as a congressman serving the Texas Hill Country, where he lobbied President Franklin D. Roosevelt for federal funding that made Pedernales Electric Cooperative a reality. But his vision for bringing power to South Vietnam faced much higher hurdles. Although three pilot projects gained a foothold through the initiative, rural electrification failed to grow and transform the region as it had done throughout the United States in the 1930s and 40s.

Although bringing power to South Vietnam didn’t play out as envisioned, it did set an example in a region where most outside of cities went without power. Through its own future efforts, by 2009 Vietnam had brought power to 96 percent of its people.

Case is also the author of “Power Plays,” exploring defining moments in the relationship between electric co-ops and the U.S. presidency.

More information about both books is available at tedcaseauthor.com.