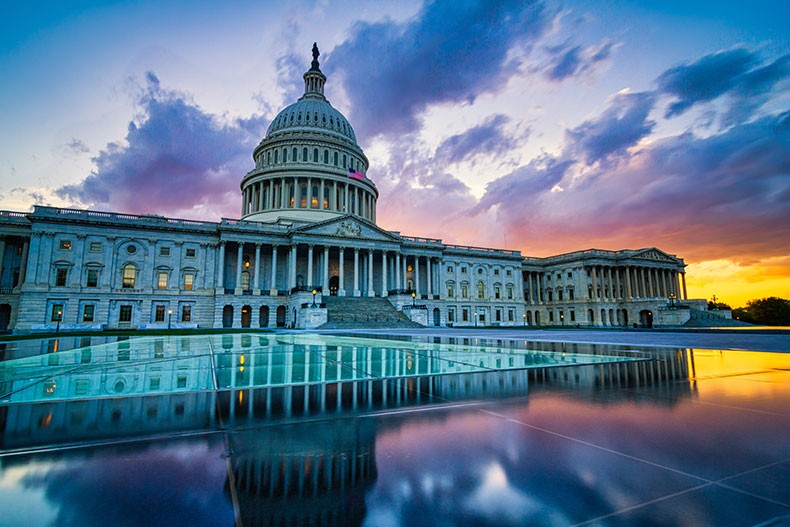 “We thank each of our members of Congress for standing up for rural North Carolina as co-sponsors of the RURAL Act,” said Jay Rouse, director of government affairs for North Carolina’s Electric Cooperatives. “It speaks to the merit of the measure that all of our congressional delegates from both sides of the aisle took action to support rural people and communities.”

Supporting the RURAL Act was a simple decision for me  …  The RURAL Act is good for co-op members and communities across North Carolina.

The RURAL Act protects electric co-ops’ ability to accept grant funding to support members and local communities without jeopardizing their tax-exempt status. North Carolina’s 13 U.S. House representatives and both U.S. senators joined others from across the country to ensure the bipartisan success of the Act, which eventually became part of a larger bill signed into law in December.

“Supporting the RURAL Act was a simple decision for me,” said Rep. Greg Murphy of N.C.’s third congressional district. “As a member of Congress whose eastern NC district is served largely by eight member-owned electric cooperatives, I was proud to sponsor legislation that would preserve access to federal disaster recovery and economic development funds. The RURAL Act is good for co-op members and communities across North Carolina.”

In order to maintain their tax-exempt status, electric cooperatives can receive no more than 15 percent of their income from non-member sources. The RURAL Act corrects unintended consequences of the 2017 federal tax law to ensure that grants are not counted toward that 15 percent.

What is the RURAL Act?

The RURAL Act, which stands for “Revitalizing Underdeveloped Rural Areas and Lands,” protects more than 900 electric cooperatives throughout the nation from the risk of losing their tax-exempt status when they accept government grants for disaster relief, broadband service and other programs that benefit co-op members.

“This package preserves the fundamental nature of the electric cooperative business model and will save electric co-ops tens of millions of dollars each year,” said Jim Matheson, CEO of the National Rural Electric Cooperative Association (NRECA), the trade association representing the nation’s electric co-ops.

The bill’s passage fixes a problem created in 2017 when Congress passed the Tax Cuts and Jobs Act, which redefined government grants to co-ops as income rather than capital, according to NRECA. That change made it difficult for many co-ops to abide by the 15 percent limit on non-member income to keep their tax-exempt status. The RURAL Act once again exempts grants from being counted as income and is retroactive to the 2018 tax year.